Weighing in at 175 pounds (79.4 Kilograms) or less, the car may weigh less than you and your bags!

The Peel P50 car is 54 inches long and 40 inches wide: That’s small enough to fit in an elevator or even inside a pickup truck. The car is designed to fit one person (it helps to be small) and a thin briefcase.

Weighing in at 175 pounds (79.4 Kilograms) or less, the car may weigh less than you and your bags! 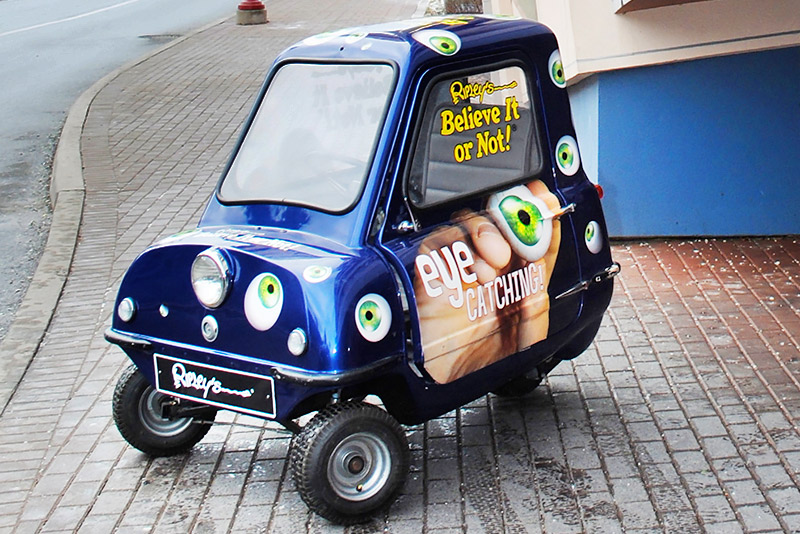 It doesn’t even have 4 wheels!

The company says that you should be able to fit in the car as long as you’re 6’6″ or shorter.

The driver has space to fit a bag or briefcase with them, but there’s no room if a friend needs a ride… unless your friend wants to hold onto the roof.

Why would anyone drive this miniscule car anywhere? It only fits you. And not in a roomy fashion either.
The biggest reason is the gasoline version car gets a giant 188 miles per gallon!

That mileage definitely comes at a cost.

Secondly, each new car would cost you a brisk $21,530 US dollars. But that price could be called a steal!

The original run of Peel P50s in 1964 only included 50 cars—with only 27 original Peel cars remaining today. The last time one was auctioned it was bought for a whopping $120,000 US dollars.

We’ll Let You to Drive One!

Ripley’s Believe It or Not! owns about 20 custom P50 cars (look at those fantastic paint jobs!) and we’ll give you a chance to drive one!

If you live near this year’s Canadian International AutoShow (open February 13-22, 2015) and visit the Ripley’s Believe It or Not! Aquarium of Canada and Ripley’s Niagara booths (701 A & B) we’ll let you take the Smallest Assembly-Line Manufactured Street-Legal Car ever built for a spin! Yes—YOU—behind the wheel! 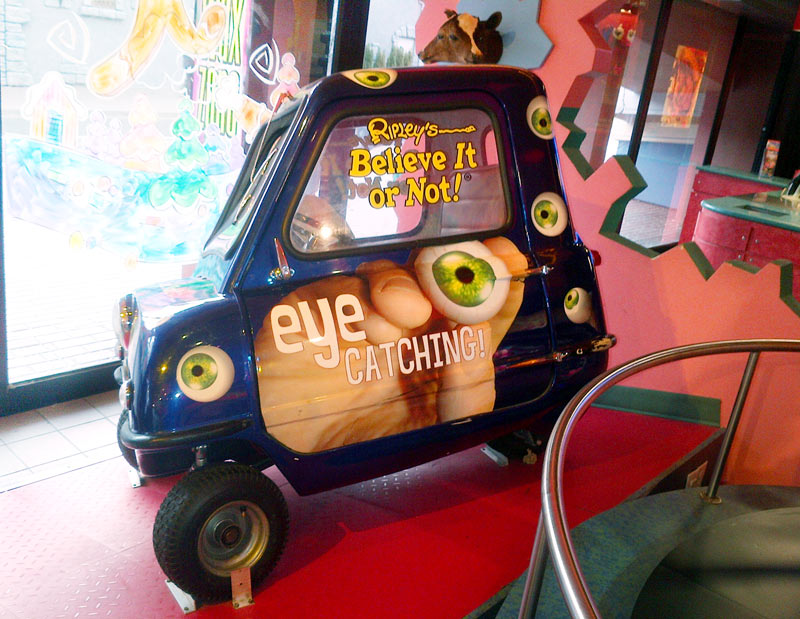 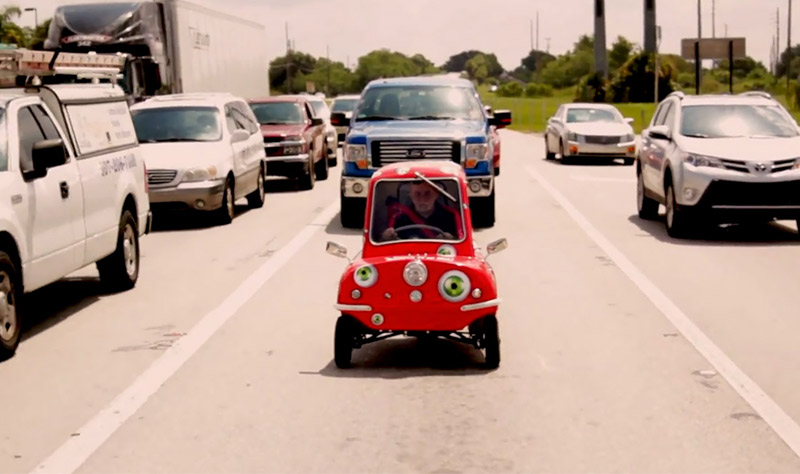 Next post Guy Photoshops Himself into the Grammy Museum, No One Notices For A Month