The Oddity Of Neuroscience: Phineas Gage

Phrenologists said that it damaged his "benevolence organ." 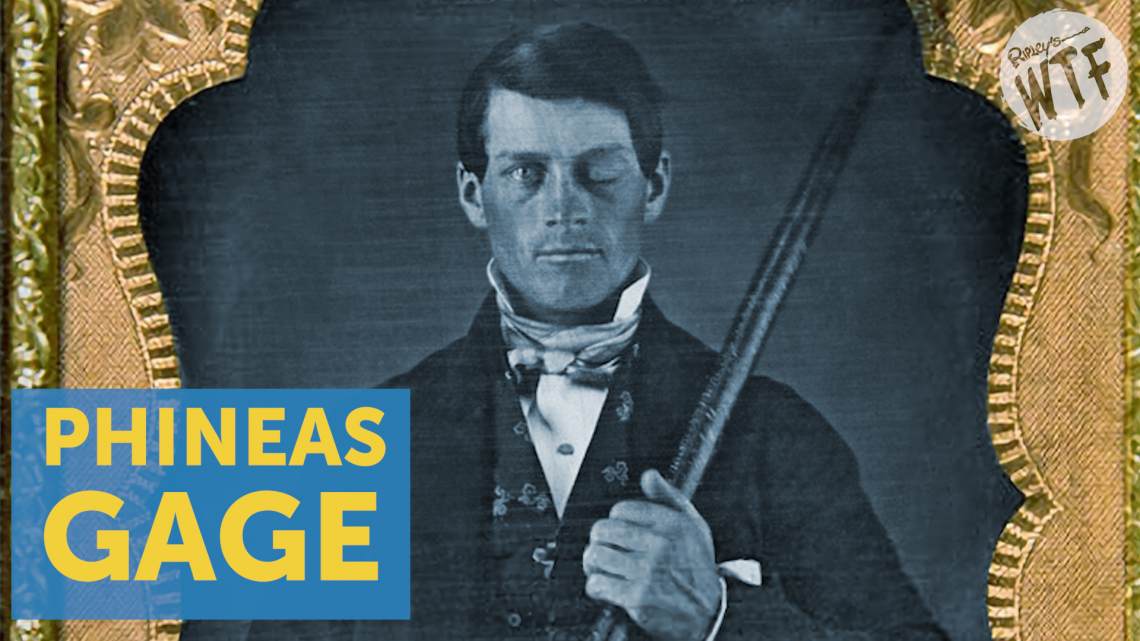 When 25-year-old Phineas Gage went into the Vermont wilderness to work as a railroad foreman in 1848, he had no idea that his story would show up in psychology textbooks for the next 150 years.

Using an iron tamping rod to pack explosives into rock—an everyday task—the charge went off prematurely. The 3-foot long, inch and a quarter rod tore through Gage’s head. The 13-pound rod entered his jaw, passed behind his eye, and exited the top of his skull before flying into the sky and landing 80 feet away.

Gage didn’t just survive this horrible accident, but may not have even passed out.

“Here is business enough for you.” -Gage to his doctor. 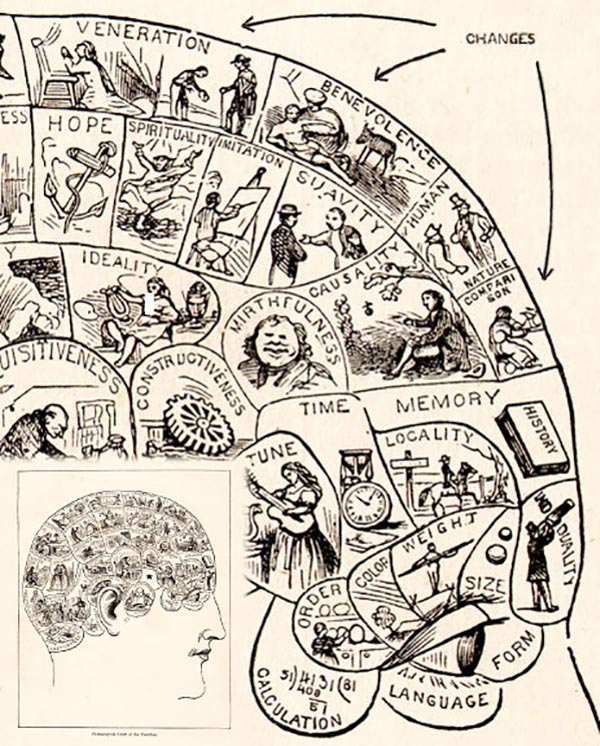 Cared for by Dr. John Martin Marlow, Gage was able to recover, at least physically. He lost his left eye, but according to friends and family, he lost something else: himself. Once known as a model worker and mild-mannered man, Gage became disrespectful and impetuous. The railroad refused to hire him back, and Dr. Marlow wrote that he was “no longer Gage.” He would utter profanities constantly and was reported to be generally intolerable by anyone.

Dr. Marlow took special note of this behavior change as a student of the budding pseudo-science of phrenology. Phrenology sought to determine the faculties associated with different areas of the brain. Claiming to be the founder of phrenology, Franz Joseph Gall claimed that the brain was made up of 27 individual organs that decided your personality and that animals could only have 19 of these organs.

While the specifics of phrenology were entirely off-base (there is no “talent for poetry” organ) it did cause many men of science to pay attention to Gage’s behavior and link his outward changes to the damage done to his brain. Though enigmatic, neuroscientists today do believe the frontal lobe plays an important role in behavior. 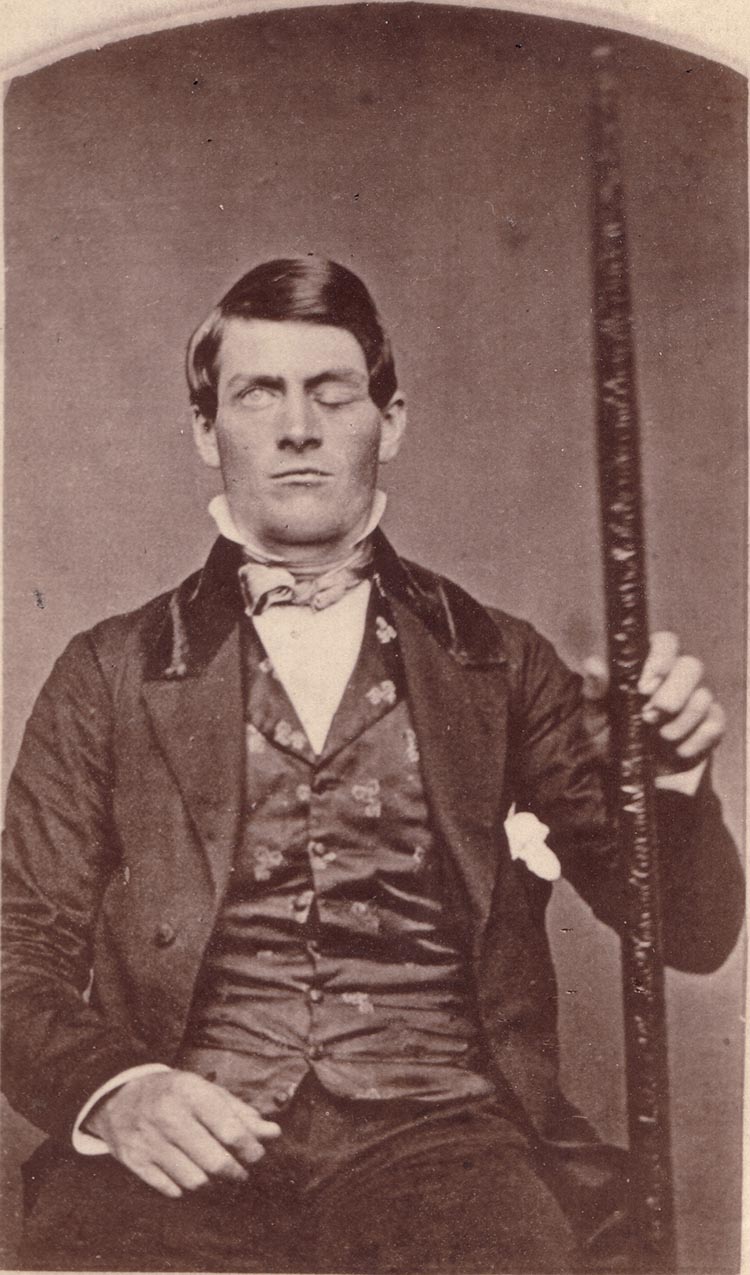 Gage and the recovered rod.

While Gage’s story is often cited as permanent, doctors encountering him years later made no record of his outward behavior, bringing into question the long-lasting effects of his trauma, or whether his attitude change was a complete fabrication.

Gage was weakened for years after his injury, returning home to New Hampshire to do light farm work with his family. He made appearances in Boston, either paraded in front of doctors in medical schools or gasping observers at P.T. Barnum’s American museum.

In 1852, he traveled to Chile to work as a stagecoach driver. After a few years, he began having seizures and died at age 37. Dr. Harlow hadn’t spoken to Gage in years, but upon hearing of his former patient’s death, he exhumed Gage’s skull, eventually giving it to the Warren Medical Museum at Harvard. 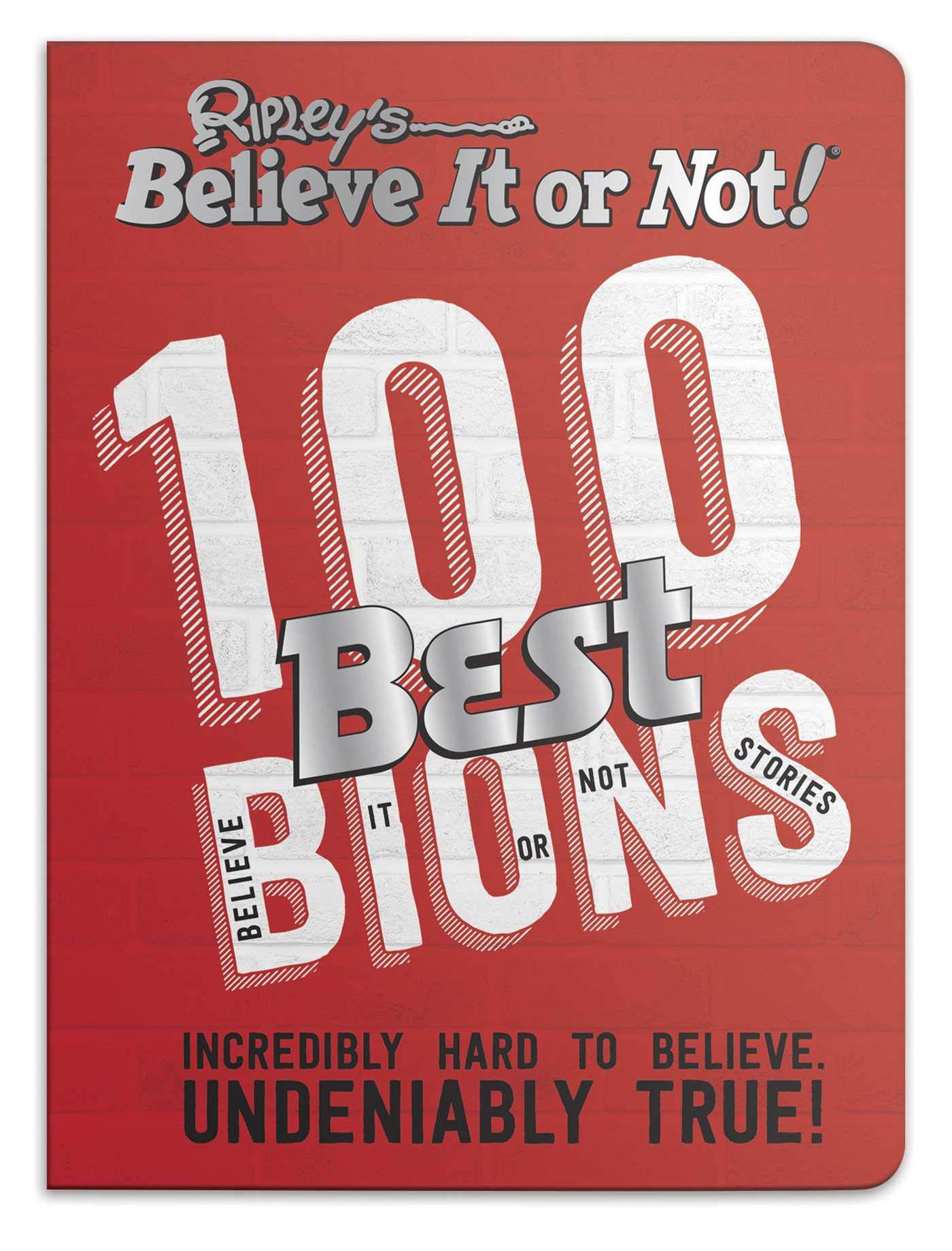