The Phonoliszt Violina Is a 1907 Robotic Orchestra

Known as the "8th Wonder of the World" until Edison's phonograph.

Invented by Ludwig Hupfield in 1904, the Phonoliszt Violina was the player-piano of orchestras.

An automated symphony, the mechanical marvel required no human intervention to independently play any music fed into it.

8th Wonder of the World

The three violins were fitted with pneumatic controls powered by bellows to intonate one note at a time each.

The singular rotating bow was made from 1,300 threads of horse hair, and its tempo was set by the operator.

The music was notated onto a sheet of perforated paper which was churned through the machine to read the music. 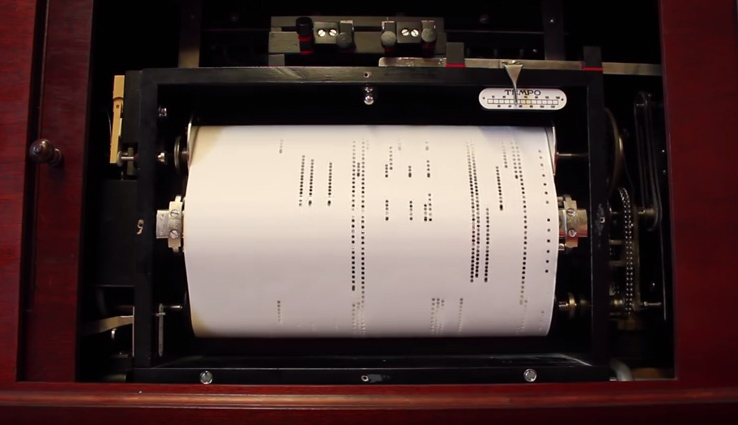 Once dubbed the “8th Wonder of the World” the autonomous violin would be unparalleled for nearly 20 years before being dethroned by Edison’s phonograph.

Before devices such as this, the only way to hear music was for it to be played live. Inventions like this one made it so that anyone could hear what would otherwise take a gathering of highly skilled musicians.

The Hupfield Phonoliszt Violina would even crop up in stores as a coin-operated machine, with guests able to pick from an assortment of music rolls.

Other venues would pair the contraption with other violinists or musicians, acting as either an accompaniment or a duet partner.

Next post Skydiving Beavers Were Relocated via Planes in Idaho