These toilets are out in the open and aren’t enclosed, so anybody can see you do your business. 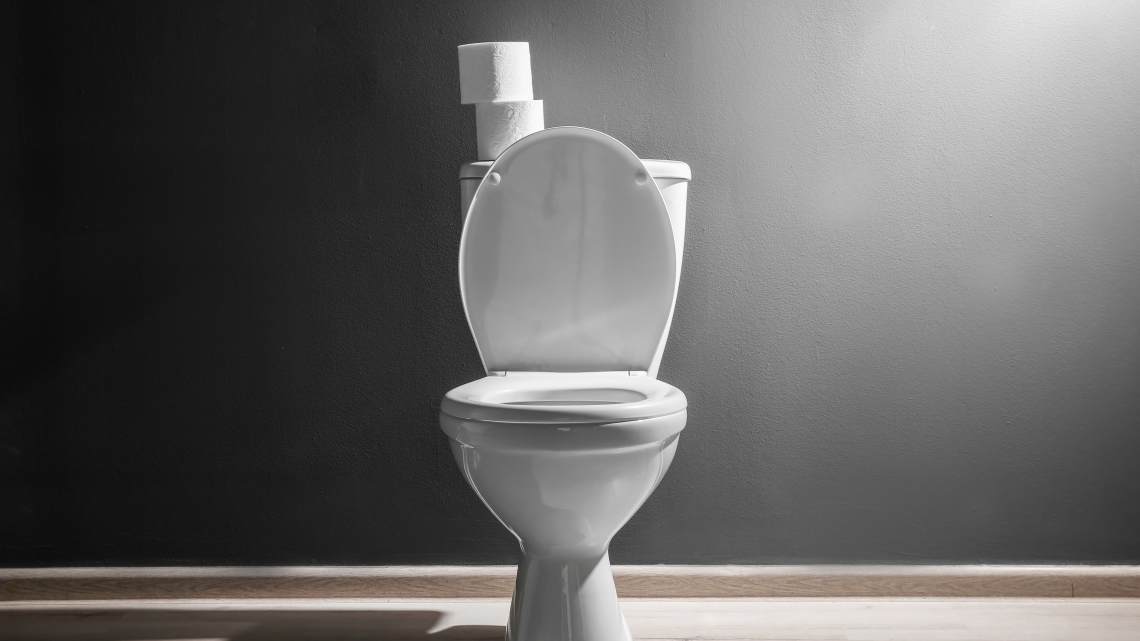 If you’ve ever been to Pittsburgh, Pennsylvania, you may have come across a decidedly non-private home amenity: a toilet standing by itself in the middle of the basement with no surrounding walls.

These toilets are out in the open and aren’t enclosed, so anybody can witness you do your business. Also, there typically aren’t any sinks nearby to clean your hands.

While it may seem odd to relieve yourself in the center of a dank, dark basement, there are some good explanations for the existence of the Pittsburgh potty.

Purpose of the Potty

These toilets appeared in homes until World War II. One reason may be due to Pittsburgh’s roots as a steel town. Those who had jobs in the industry would reportedly come home from work and clean themselves off in the basement. They’d put on a fresh set of clothes and use the toilet prior to joining their families upstairs, according to TODAY. These men didn’t want to bring all their dirt and grime into their homes, so they would enter their properties through the basement, where they could become more presentable before having dinner.

The Pittsburgh potty may have also been used by servants. East End real estate agent Stephen Cummings told radio news station 90.5 WESA that he has seen the majority of Pittsburgh potties in homes built between 1880 and 1910. In the 1880s, maids, cooks, and others who worked for the affluent may have benefited from the basement toilets. Cummings thinks they were installed in larger houses that may have had kitchens and living quarters for the staff in the basement.

The third explanation for the odd placement of these toilets appears to be the most reasonable one. Architect William J. Martin told 90.5 WESA the purpose of the Pittsburgh potty was to battle sewage issues.

In the late 19th century, it wasn’t uncommon in developing cities for sewage to back up on the streets. And since Pittsburgh is so hilly, you can imagine where the fecal matter would flow. The sewage would enter homes and other buildings through the fixture that was lowest to the ground, like a bathtub or toilet. If there was a fixture such as a toilet in the basement, the sewage would spill out there instead of into the nicer parts of the house.

Martin explained, “So, as the sewer backs up, it will make itself known in the basement, because the toilet in the basement would overflow and into largely an unfinished basement, and then you would know to alert the city that there was a clog that they needed to clear it.”

Power of the Potty

Essentially, it was easier for homeowners to clean up an unfinished basement and a slab of concrete than a decorated upstairs bathroom.

These toilets aren’t endemic to Pittsburgh, according to Martin. You can also find them in northern New Jersey, Boston, Philadelphia, and in New York City suburbs, and they may be in other parts of the country too.

Believe It or Not!, the Pittsburgh Potty is far from the strangest commode we’ve ever seen here at Ripley’s. In fact, a recent addition to our collection is a toilet in the shape of Metallica drummer Lars Ulrich!