The Glow Up Of The Radium Girls

After a full shift of this behavior, it’s no surprise that the women themselves began to glow.

Your “Glow up” from your teenage self to your present-day self is probably pretty phenomenal. And that’s why we hate to burst your bubble, but we definitely have the glow up of the century.

Nearly 100 years ago, women were working a job far more dangerous and painstaking than they could have imagined. The year 1918 was a time of raging war. With new military technologies and trench warfare, drastic levels of destruction and death were on the horizon. Between soldiers and civilians, more than 16 million people were killed by the time World War I had ended.

Because so many men were enlisted to fight for our country, the dynamic of the common workplace was doing a total 180. To compensate for the vacated positions of males who had gone to war, many women were recruited for jobs to replace them. As mentioned, World War I was a time of innovation. With new weaponry and new technology, the demand for production was at an all-time high.

Munition factories became the largest single employer for women in 1918. And aside from stuffing dynamite and TNT, the ladies of this time were also engaging in a far-more-glamorous—and equally as dangerous—task, dial painting.

Painting clocks, watches, and military dials became the hottest job on the market. But, not every woman could be a dial painter—this was the job every poor working girl wanted. Why? Well, this position paid three times as much as an average factory job, and it gave young women the opportunity to work with the luminous element of radium. 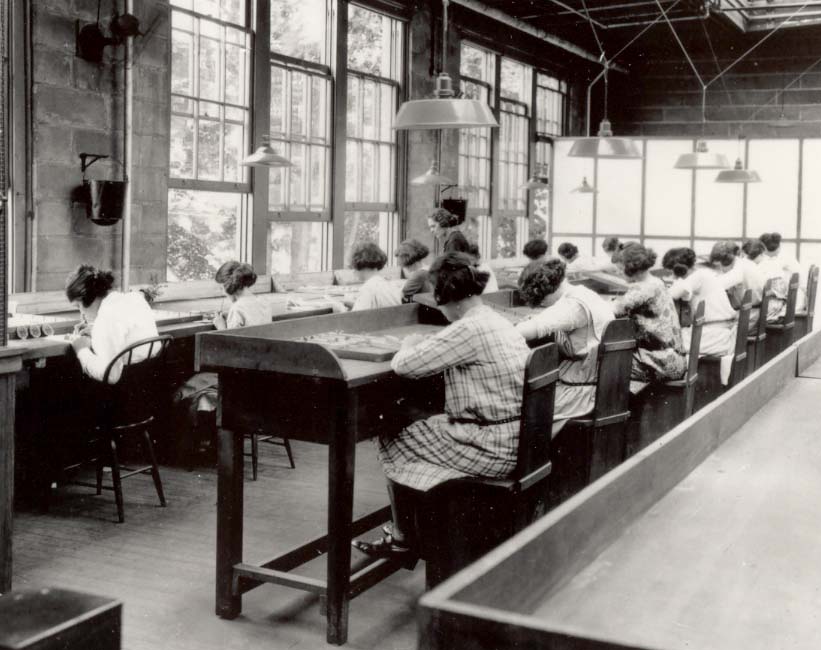 Today, it’s hard to believe that anyone would voluntarily work with radium. But, Believe It or Not!, radium was actually a popular health craze during this time. It was used in everyday products from toothpaste to cosmetics and even in food and drinks. Think of radium as your daily vitamin.

Because of this façade that had been painted across the face of radium, the hype only seemed to increase. Radium paint was applied to wristwatches and clock faces to give them a magical glow. The young ladies working on these timekeepers would dip their brush in the radium paint, bring it to their mouth and point the tip before applying the paint to the dials, ingesting scarce amounts of radium each and every stroke. After a full shift of this behavior, it’s no surprise that the women themselves began to glow.

Heading out on the town for the night, glowing from the inside out, no one suspected that this everyday job was literally killing them. The tricky thing about radium was that, even when the dangers of this element hit the surface, side effects and health issues took quite a long time to develop. Nothing was immediately happening to these ladies and so they went on with their days. 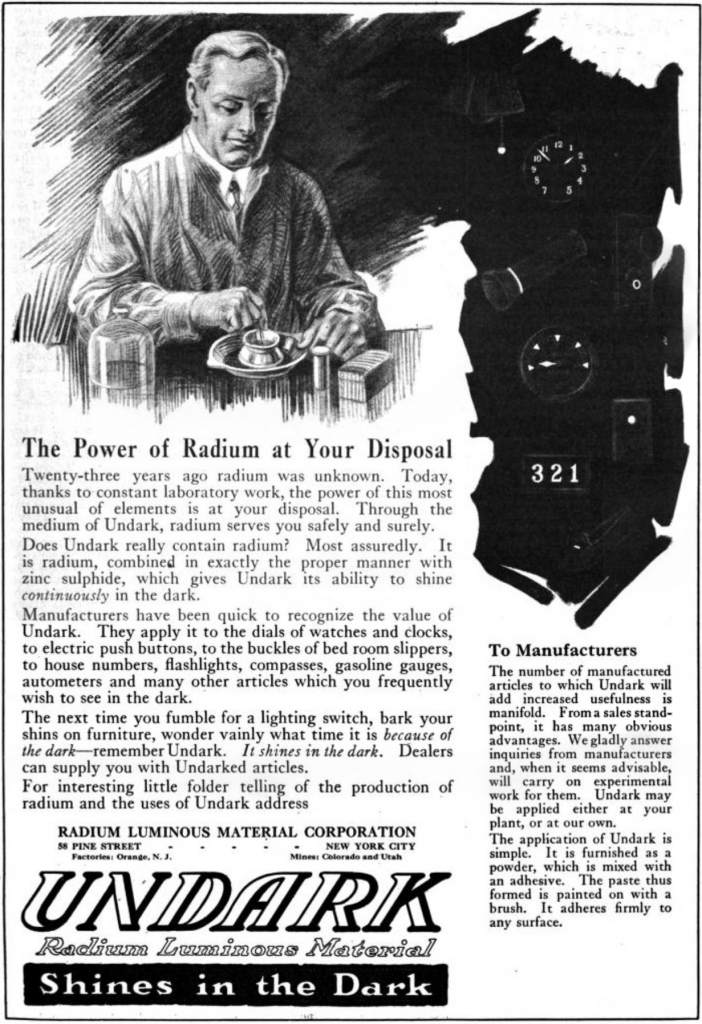 In the early 1920s, some of the Radium Girls started developing symptoms. The first death occurred in 1922 when 22-year-old Mollie Maggia died after reportedly enduring a year of pain. Although her death certificate incorrectly stated that she died of syphilis, she was actually suffering from a condition called “radium jaw.” Her entire lower jawbone had become so fragile and brittle that her doctor removed it by simply lifting it out.

It wasn’t until 1924 that the United States Radium Corporation decided to investigate the effects further. And even then, it wasn’t the end of radium as we know it. It wasn’t until 1968, after years of cases, attempts to sue, health issues, and many unfortunate deaths, that radium was totally phased out of production.

And while the stories of the Radium Girls are very sad ones, we do have them to thank for so many medical advances. Without their fights for justice and countless health ailments surrounding the stuff, we wouldn’t know much about the effects of radium at all.

Next post Did Edgar Allan Poe's Only Novel Predict A Grim Disaster At Sea?