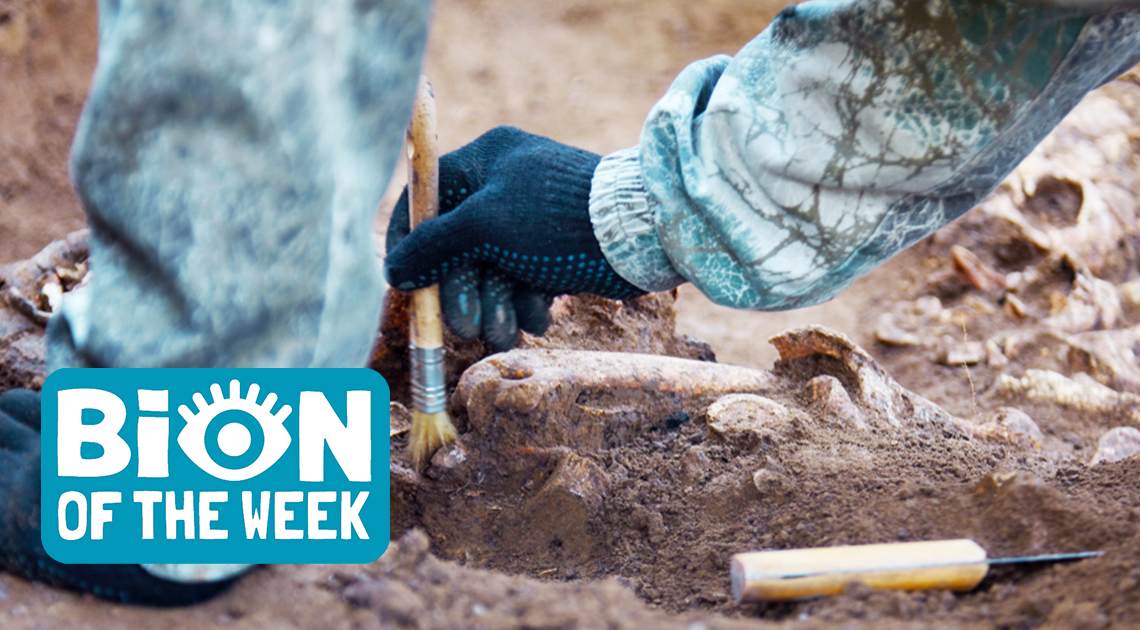 [June 26–July 4, 2021] Underwater property deals, a house of childhood trauma, and canine cop dropouts—all round up in this week’s weird news from Ripley’s Believe It or Not!

Each year on Independence Day, hungry patriots gather for two mouthy matches of who can devour a quintessential summer food of America—hamburgers!

Nobody knows the thrill of the chomp better than reigning champion and mother of four, Molly Schuyler, who traveled from California to our nation’s Capitol to chow down on some burgers at the Annual Independence Burger Eating Championship, presented by Z-Burger.

Schuyler faced off against 13 of America’s top eaters in Friday’s competition, including her meat nemesis, Dan ‘Killer’ Kennedy, who ultimately tied her for first place after both competitors scarfed down 34 burgers in 10 minutes—just one shy of her record-breaking 35.

To confirm the tie, the professional eaters waited two full minutes to make sure the ingested burgers didn’t make a triumphant comeback. In the end, both eaters kept their food down and shared the trophy, championship belt, and the $1,750 cash winnings.

When asked how she felt about sharing the prestigious title, Schuyler simply replied, “I don’t care,” while Kennedy said he was “full.”

Deal of the Day: Underwater Ontario Lot for Only $99K

Waterfront property is hard to come by, but there is hope for those searching in Southwestern Ontario, where a little slice of Lake Erie heaven could be yours for the low price of $99,000! This property takes Lake Life to the extreme—as in it’s literally in the lake.

The 7.7-hectare lot is located in a protected bay southeast of Chatham-Kent in the village of Shrewsbury. Though it lacks an address and is currently entirely submerged in water, the property’s listing describes the neighborhood as “quiet and car-friendly” and insists that potential owners should “be creative,” as it could have “endless possibilities in the future.”

With the average Canadian home currently worth $688,000, this property could be a steal for anyone up for the challenge—or willing to live on a houseboat, perhaps?

Would you purchase an underwater lot? 🌊 This 7.7-hectare space in Shrewsbury, Ontario is on the market for $99,000. Despite being entirely underwater, the listing says it could have “endless possibilities in the future.”

Tokyo Haunted House is What Childhood Nightmares Are Made Of

Sure to make those who dare enter cry like a baby, Bublimit’s premise is based on the “Smart Mommy,” a manufactured mother-figure on a mission to give care “from cradle to grave”—except she was designed with the phobias and nightmares of children in mind.

Whether Smart Mommy knows how to soothe a crying adult remains to be seen.

Bublimit is the latest endeavor of Zaunted, the same Tokyo-based “terror specialists” who run the horror-themed café Zaunted Mansion in West Tokyo, which will be launching a new baby bottle beverage to commemorate the opening.

A Chinese police academy is auctioning off 54 dogs that were just too nice to make it in the cutthroat world of law enforcement.

German shepherds, Belgian Malinois, and Dutch shepherd hybrids who failed out of canine police school were put up for auction on Wednesday after flunking out of the Criminal Investigation Police University of China.

The puppy police rejects were rejected from training for varying levels of niceness, including timid personalities, failure to follow instructions, and refusing to bite.

When it comes to patrolling the streets, the police force just can’t risk having canine officers who want to say hello.

Fifty-four dogs, mostly German shepherds, are being auctioned off at a starting price of about £22 by an academy in China’s northeastern Liaoning province after failing their training.
https://t.co/wDGX9rkVZ6

According to a recently released study, archaeologists from cultural resource management company Uppdrag arkeologi were excavating a site in Sigtuna, Sweden, when they found seven tombs holding the 1,000-year-old remains of four adults and four children who are believed to have been Vikings.

Based on the grave’s position, the position in which the people were buried, partially burnt caskets, and the fact that they weren’t cremated, the Vikings are believed to have converted to Christianity.

“Such phenomena are rather common in Christian Viking period graves, but previously rather rare in Sigtuna,” said project manager Johan Runer of the findings.

One of the tombs contained the bodies of two small infants that appear to be the exact same age, indicating twins. According to the team’s interpretation, it’s likely that the twins are the “tragic result of a late miscarriage.”

The study of the remains is still underway, with an osteologist scheduled to examine the skeletons this fall.

Seven Viking tombs are discovered in a ‘surprisingly Christian-looking burial’ in Sweden https://t.co/xjjj3RL0p0

Next post Eden: The Survival Show That Didn’t Tell Contestants It Was Canceled