The Rock Cats Will Make You An Instant Groupie

They fought over who got to play the cowbell.

This week on Cool Stuff Strange Things, we clawed our way backstage and were total groupies for, the one, the only, ROCK CATS. Yes, a touring band of cats…and a rogue chicken named Cluck Norris.

Samantha Martin is the Chief Executive Human and Trainer for the Acrocats and the Rock Cats. She was a student of the I.Q. Zoo and even went to chicken training school where she honed her operant conditioning skills to train all sorts of animals. It’s a tough job, literally herding cats.

“They call the shots for everything.” -Samantha Martin, Chief Executive Human and Trainer

Getting the Band Together

The band had humble beginnings, Samantha started out with just a cat that could play the piano, but quickly added drums and a guitar. In these early days, the Rock Cats were exclusively acoustic.

The band needed a cymbal player, but Samantha found that kitty paws aren’t quite suited for it. That’s when she decided to introduce the band’s only non-cat member, Cluck Norris. Samantha describes the chicken as the band’s savior. Chickens are far more reliable than the cats. Where a cat may be less in the mood to play if it had a bad day, chickens are not that emotional. 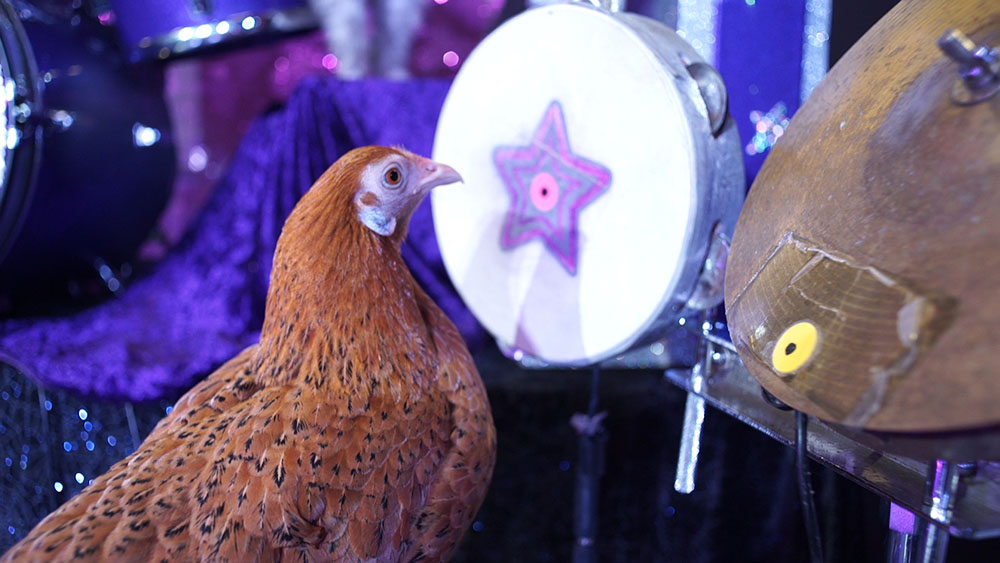 After that came the cowbell and woodblocks, followed by chimes. The newest addition is Buggles on trumpet. 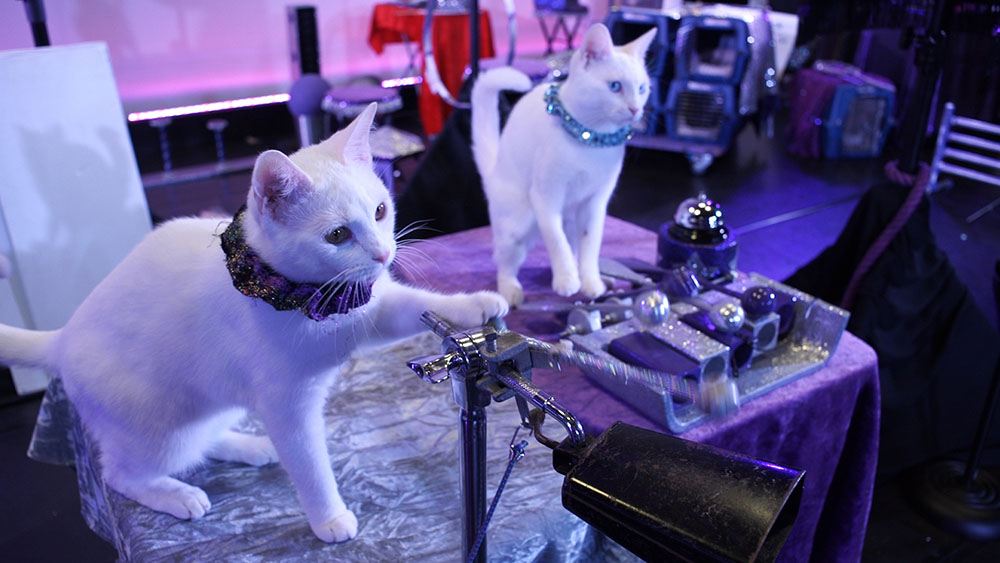 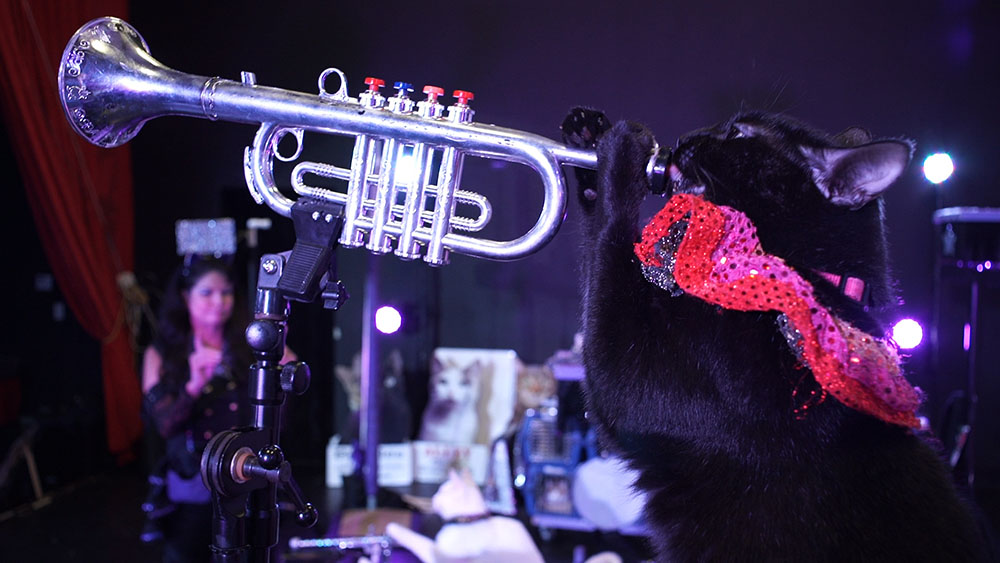 Special thanks to Samantha Martin and the Acrocats team! You can find them in Ripley’s Believe it or Not! Crazy Pets and Cute Animals or on tour across the country.