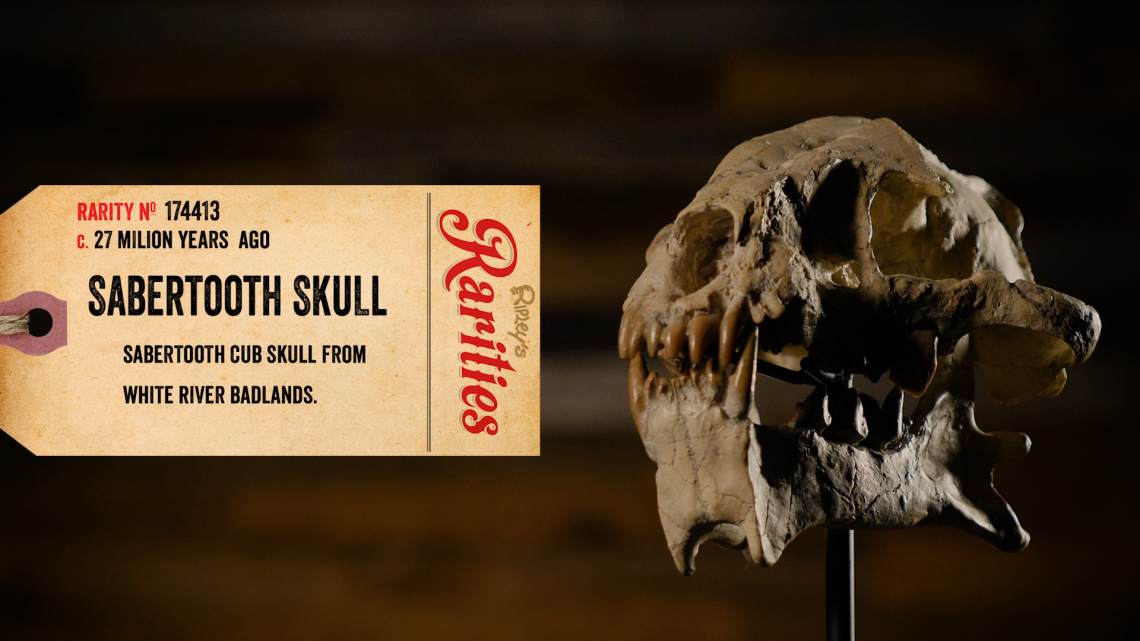 Sabertooth tigers lived in North and South America during the Pleistocene Era, which began about 2.6 million years ago. However, it was at the end of the Pleistocene, about 12,000 years ago, that these megafaunas–more simply known as “big animals”–became extinct. This was called the Quaternary extinction, which also took out animals such as the Wooly mammoth, giant ground sloths, and many more.

When the Ice Age occurred, tar pits formed in the landscape of their territory. The tigers would become stuck, causing them to sink into the asphalt and eventually die.

After thousands of years of evolution and environmental changes, it’s no surprise that there are a few differences between the sabertooth tigers and the tigers we are familiar with today. First and foremost, sabertooth tigers were massive. If you need a comparison, imagine this: Picture a lion. Now, take that ordinary lion and double its size. That’s what you could expect to see from a sabertooth tiger.

Some of their found skulls have ranged from 15 to 20 inches long! Some university researchers say that sabertooth tigers scaled around 1000 pounds, suggesting it was quite possible they were able to take down giant plant-eaters as heavy as pickup trucks! Tigers today can’t hunt anything beyond their own size as they kill by breaking the necks and strangling their prey.

Their build was a bit different from today’s tigers as well. Sabertooth tigers had a short tail and a heavy, muscular build which helped them trap and attack their prey, unlike the slow stalk-and-chase-down method used by today’s tigers. 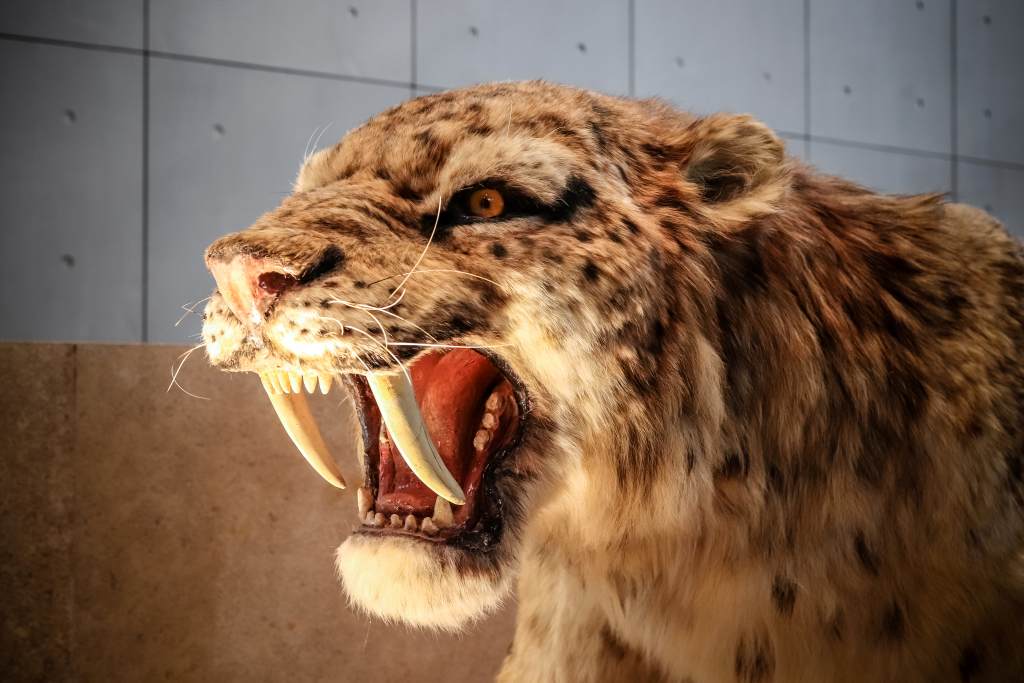 Now you may be wondering where the “tooth” in Sabertooth comes from. The scientific name for a sabertooth tiger is Smilodon fatalis, meaning “deadly knife tooth.” These tigers are known for their distinctive pair of long canines that could grow up to 8 inches long! Their jaws could open over 120 degrees–twice the size of a modern-day tiger.

The purpose of their extremely large fangs hasn’t been completely proven. Here’s what most scientists think after looking more closely at the texture of the tooth’s surface. The wear on their tooth resembled closely to those of a present-day African lion, which sometimes crush bone when they eat. However, they didn’t have the same wear as living hyenas that consume entire carcasses, including bones. Therefore, researchers believe the animals were not gnawing their prey to the bone.

Like us humans, sabertooth tiger cubs lost their baby teeth too! Cubs had small canines that were shed when they reached around 20 months of age. By the age of about three, these young sabertooth tigers had their fully-formed eight-inch adult canines.

Previous post The Tropical Plant That Thrives On Shrew Poo