The world’s largest serpent effigy with so many ssssssssssssecrets. 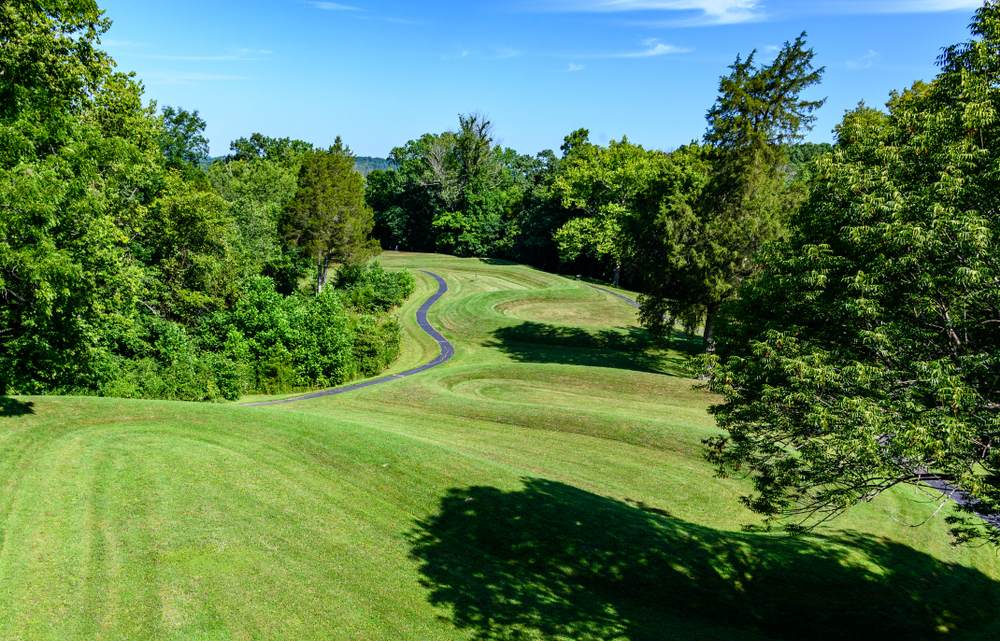 In Southwest Ohio, a 1,300-foot-long mound resembling a snake winds itself into the minds of archaeologists, curious tourists, and locals alike.

And it’s been there for… well, no one’s exactly sure.

Serpent Mound, as it’s known, is recognized as a National Historic Landmark. As you might guess, it’s a lengthy man-made mound of dirt, its head facing the east and its tail curling toward the west. And at that head, a large oval invites speculation—some think it’s a large eye; others think it may represent an egg. Yet another interpretation is that it’s a depiction of a serpent swallowing nothing less than the world itself.

Adding to the attraction’s interest, there are also signs of an ancient meteor impact crater adjacent to the landform where Serpent Mound was built. It’s also not lost on some scholars that many civilizations assign supernatural powers to reptiles like snakes.

But as it turns out, indigenous cultures in this region commonly built these earthworks. For example, other similar structures can be found at Hopewell Culture National Historical Park, Miamisburg Mound State Memorial, Shrum Mound, and a few other sites not far from here. So, Serpent Mound isn’t exactly alone. 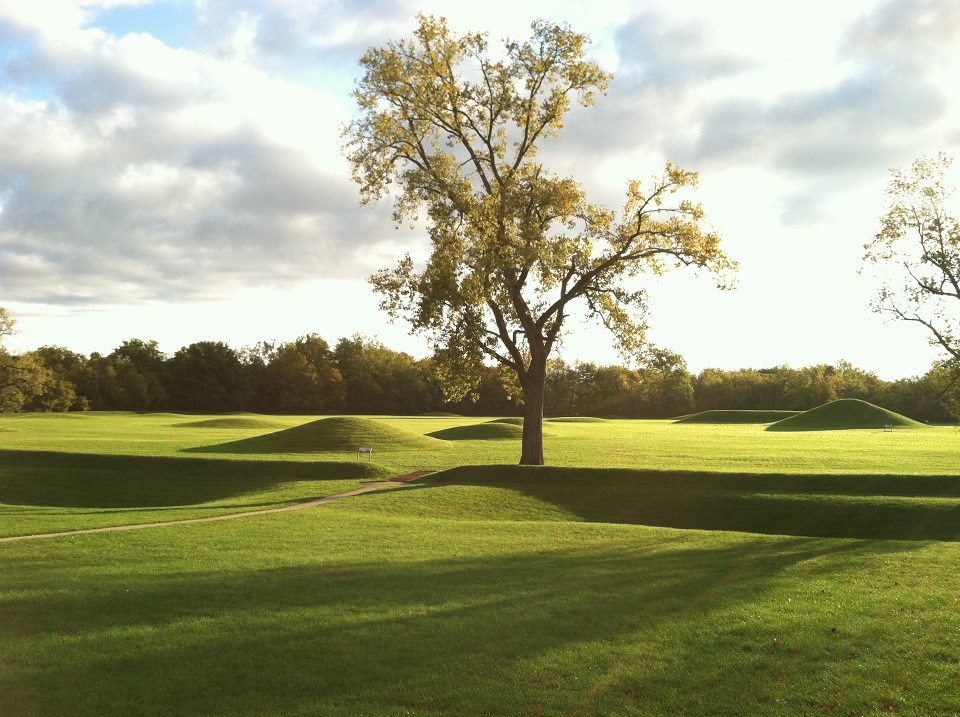 Each earthen mound has its own story to tell about the people of the past whose culture once thrived in the rolling hills of present-day Ohio. NPS Photo / Tom Engberg

“Conical burial mounds represent places on the landscape where the dead were interred with grave goods that were often made from material that is far from home,” shares Don Miller, an archaeologist specializing in Ohio Valley prehistory. “Like volcanic rock (obsidian) from Yellowstone, shells from the gulf coast, and minerals from the Appalachian mountains.” But, he clarifies, “We don’t know what exactly is within the serpent.”

“There are hundreds of conical burial mounds and hilltop enclosures remaining in Ohio,” he adds. But there are “very few effigy mounds.” That means, earthen mound structures resembling animals.

Serpent Mound is also accompanied by three nearby Native American burial mounds, all of which contribute to its story.

While the jury’s still out on exactly who created Serpent Mound, the earthworks neighboring Serpent Mound have been attributed to the Adena culture, circa 800 B.C. – A.D. 100; and the Fort Ancient culture, which dates to 1000-1650.

Archaeologist Frederic Ward Putnam conducted an excavation of the site in the late 19th century, but no artifacts allowed him to attribute the mound effigy to any particular group. Then, in 1991, radiocarbon dating revealed an approximate age of 900 years. That revelation encouraged archaeologists to determine Serpent Mound was the work of the Fort Ancient culture.

But, not so fast. More tests conducted in 2014 support the initial assumption that the Adena culture was to credit. And, so it would seem, the mystery hasn’t quite been completely solved.

“The Fort Ancient people built small diameter, low height platform burial mounds within the center of their villages,” Miller says. But “the Serpent mound definitely does not fit this model.”

In 2008, Serpent Mound was one of a handful of Buckeye state earthworks acknowledged by the United States Department of the Interior, in a recommendation that the United Nations Educational, Scientific, and Cultural Organization (UNESCO) organization include it on the World Heritage List (whew—that’s a mouthful!).

If added to that list, Serpent Mound would be in impressive company, for sure: the World Heritage List is an inspiring collection of natural wonders like the Great Wall of China, Stonehenge and the Pyramids of Egypt.

A fitting designation for the world’s largest serpent effigy, we’d say. Especially one with so many ssssssssssssecrets.