Who can't appreciate a well crafted and detailed scale model of a car, boat or ship? But how to satisfy the hobbyist in you when there isn't a craft store for miles and you happen to be a prisoner of war? Curious yet? 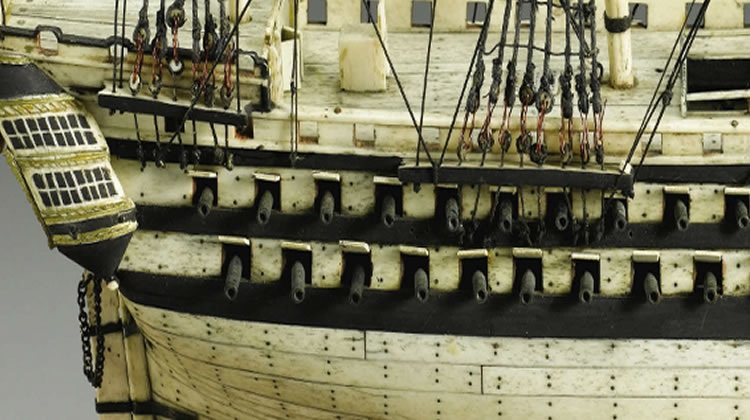 Who can’t appreciate a well crafted and detailed scale model of a car, boat or ship? But how to satisfy the hobbyist in you when there isn’t a craft store for miles and you happen to be a prisoner of war? Curious yet?

Left alone for years at the beginning of the 19th Century, French soldiers taken captive during the Napoleonic Wars found an unusually hobby — fashioning ornate replicas of British ships, out of bovine and human bone.

These soldiers made use of any bone they came across, to create these fascinating models.

These rare “bone ship” models tend to sell for tens of thousands of dollars at auction, as collectors go nuts for these macabre historical relics.

How on earth did prisoners of war create such accurate ship models, out of such bizarre materials?

French prisoners of war obtained beef and mutton bones from the food rations issued to them by their English captors. After gathering bones for use in model building, prisoners boiled the bones and bleached them in the sun, to make the bones easier to shape and carve.

The soldiers used any bones they found, regardless of what — or whom — they might have belonged to. 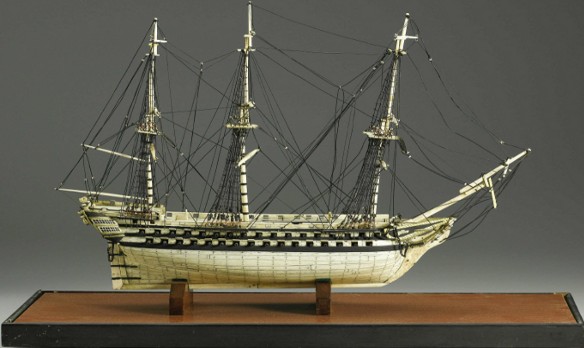 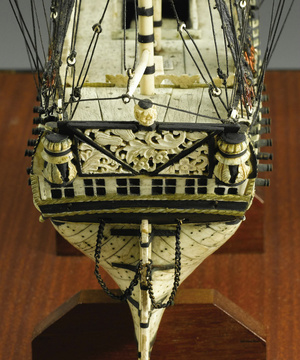 Assembled with human and animal bones

In addition to human, cattle, and mutton bones, prisoners made use of their own hair to fashion sail rigging, and tissue paper to create sails.

On several occasions, visitors to the camp from nearby villagers and British officers would smuggle in pieces of turtle shell, silk, tools, and metal foil for the Frenchmen to use.

They used the larger bones they found to carve the body of the ship models, moving on to smaller pieces and sometimes wood scraps for the finely detailed cannons and masts.

Many of these artists in shackles built mechanisms into their models.

Popular mechanisms allowed for the sails of the models to be raised with ease and retract the cannons into the ship.

The prisoners attempted to make the ships to scale, but often failed. Their craftsmanship, however, far exceeded this shortcoming.

Unbelievable stories and things can be found even in the most unlikely places or during the most challenging of times. Believe It or Not!