While it may be known that Sir Arthur Conan Doyle and Harry Houdini were acquaintances, how they came to be this way is quite an interesting story. 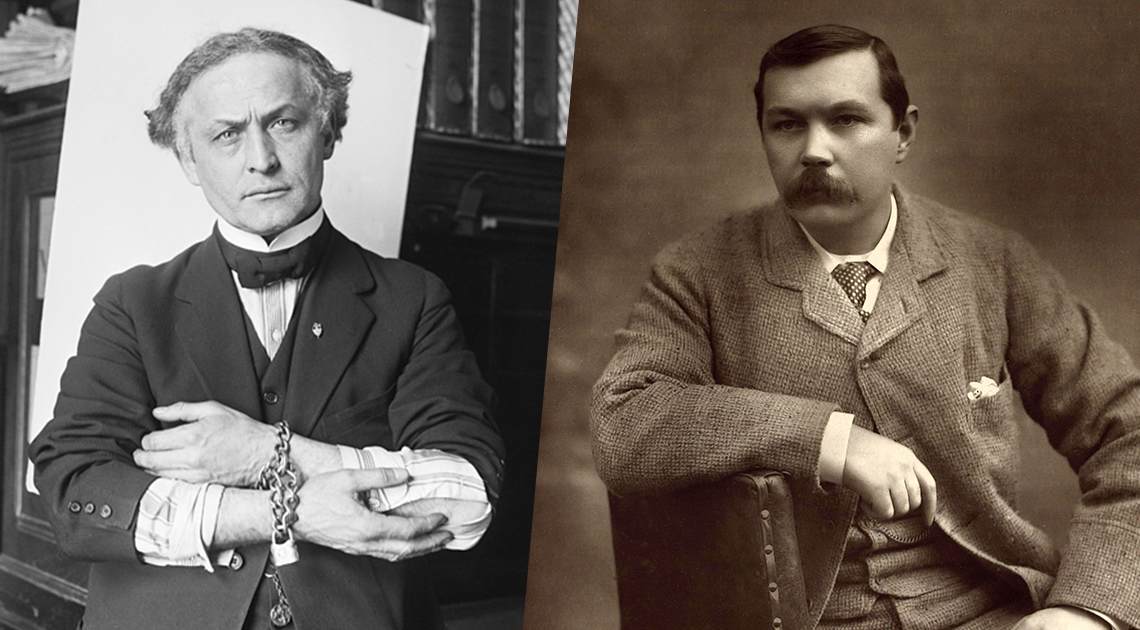 While it may be known that Sir Arthur Conan Doyle, creator of Sherlock Holmes, and magician, Harry Houdini, were acquaintances, how they came to be this way is quite an interesting story. What ignited this brief and unlikely friendship? It turns out, Doyle pranked the noted illusionist into believing that dinosaurs were still alive back in 1922.

As his name might suggest, Sir Arthur Conan Doyle was a bit of a serious fellow. A prolific writer, he believed deeply in the movement of the day, Spiritualism. A following that raged across the United States during and after the Civil War—one so strong that even Mary Todd Lincoln held seances in the White House due to her belief in it—Spiritualism held the notion that the departed were able to (and did) communicate with the living. Doyle’s involvement in Spiritualism began in 1894 when he joined the British Society for Psychical Research, a community of individuals who investigated local paranormal phenomena. Doyle would become further entrenched in the movement after his son died in World War I. For the rest of his days, Doyle claimed that his son communicated with him from beyond the grave. 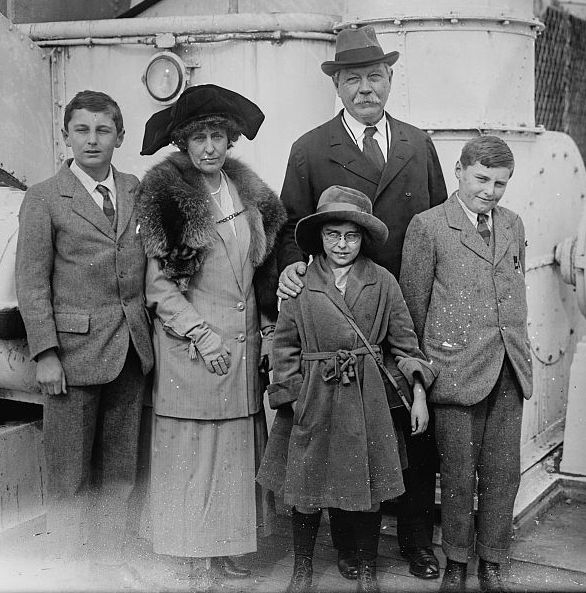 Then, there was Houdini. A noted illusionist famous for performing dangerous escape acts, Harry Houdini despised Spiritualism. So much so, he took it upon himself to expose the many cons that unscrupulously preyed on the victims of the recently deceased. Throughout the 1920s, Houdini would expose many charlatans parading around as mediums to the afterlife. 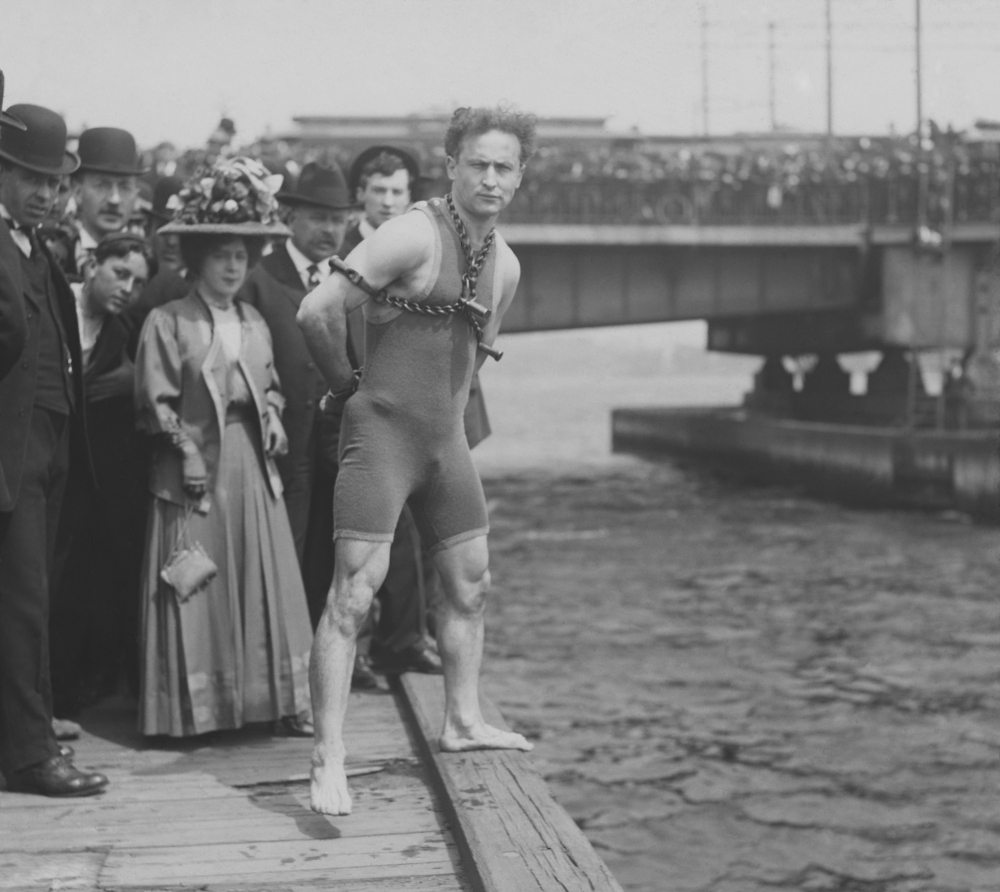 As the story goes, Doyle came to America in 1922 to lecture on Spiritualism. Anticipating his arrival, Houdini invited him to the annual meeting of the Society of American Magicians. Upon receiving the invitation, Doyle was skeptical of the group’s intention—fearing the ridicule he might endure for his spiritual beliefs in a room full of magicians. However, he gladly accepted the offer, with a surprise in tow. The guest of honor brought with him actual proof that dinosaurs not only existed but still lived!

Doyle would play for the astonished crowd a portion of a black and white film featuring dinosaurs milling about. Not just one dinosaur, mind you, but many dinosaurs! After showing the clip, he refused to answer any of the crowd’s questions, only to say that the men would be wise to keep their collective minds open when it came to the unknown.

Sir Arthur Conan Doyle later addressed his little bit of film in an article to The New York Times on June 4, 1922. In the article, he included a letter to Houdini recanting the film’s veracity, calling the whole thing “a hoax.” The clip Doyle played for the wizards that fateful day was part of a stop-animation film based on one of Doyle’s works, called The Lost World, that was soon to see mass release. 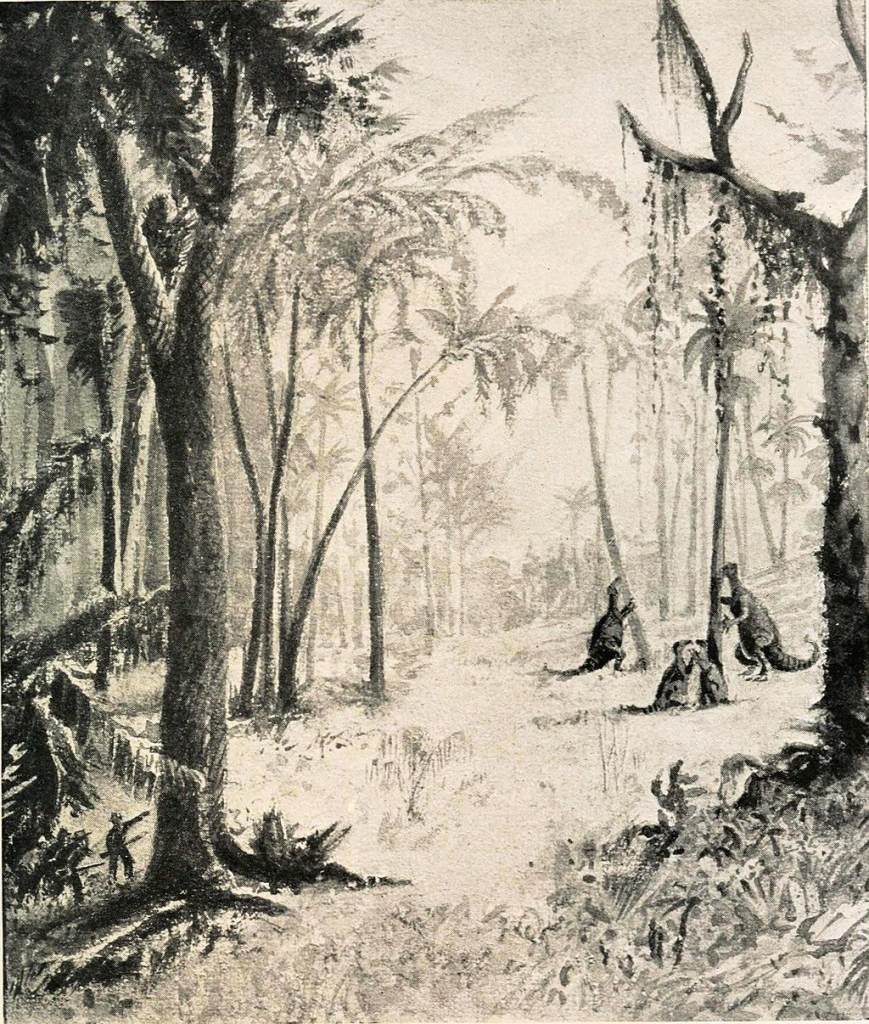 Though the prank was all in good fun, Houdini and Doyle couldn’t get past the one major wedge in their friendship: the practice of Spiritualism. Following Doyle’s dinosaur “lesson,” he vacationed with his wife, Lady Jean, in Atlantic City and invited Houdini to come along for a visit. The three took part in a private séance in attempts to contact Houdini’s beloved late mother. To give his friend the benefit of the doubt, Houdini participated. However, the experience went south when Lady Jean’s reading was completely false and error-ridden. All of the incorrect details surrounding Houdini’s mother, in addition to his preexisting skepticism, made this his first and last experience with Spiritualism.

This seance-gone-wrong, paired with Houdini’s constant debunking of clairvoyants and other magicians, eventually cost the two gentlemen their short-lived friendship by 1924. Though when Houdini’s accidental passing came in 1926, Sir Arthur Conan Doyle seemed to have let past resentments go, writing about his former friend: “I greatly admired him, and cannot understand how the end came for one so youthful. We were great friends… We agreed upon everything excepting Spiritualism.”