This Snake Covered Statue Will Leave You Awestruck!

Snakes are collected and defanged for the festival. 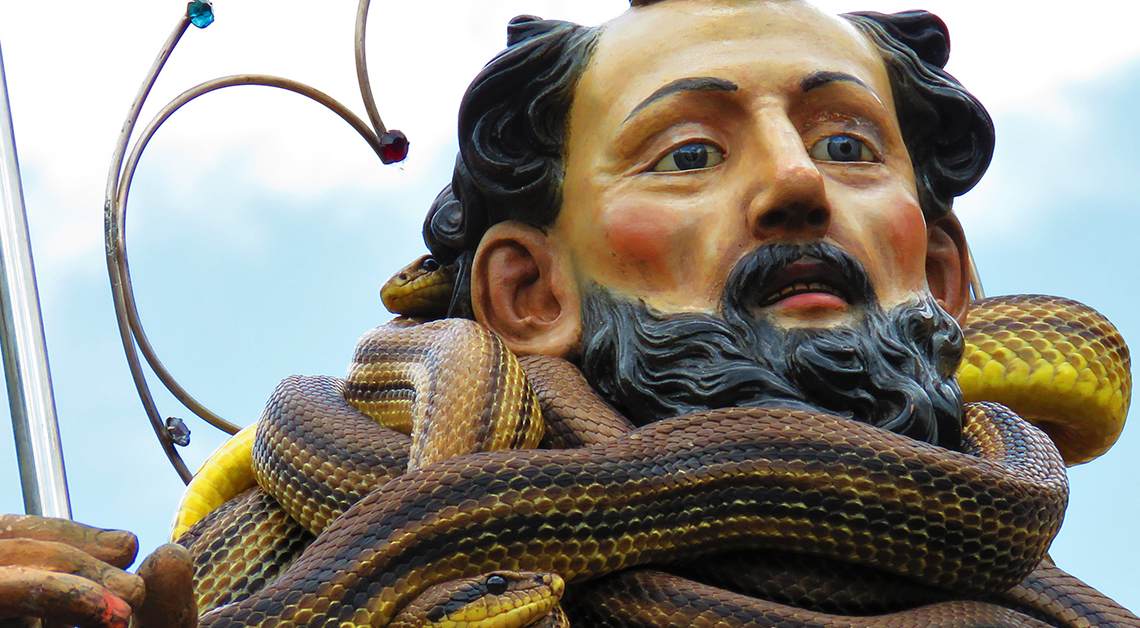 Every May, hundreds gather in the Italian town of Cocullo to drape snakes onto a statue in a festival known as Processione dei Serpari. The festival celebrates the town’s patron saint, St. Dominic, who is said to have cleared an invasion of snakes from the town’s fields and cured snake bites during the 11th century.

For hundreds of years, townspeople and tourists have been thanking St. Dominic by parading the snake covered statue through the town and draping it with dozens of nonvenomous snakes—an act believed to protect attendees from snakebites for the year. 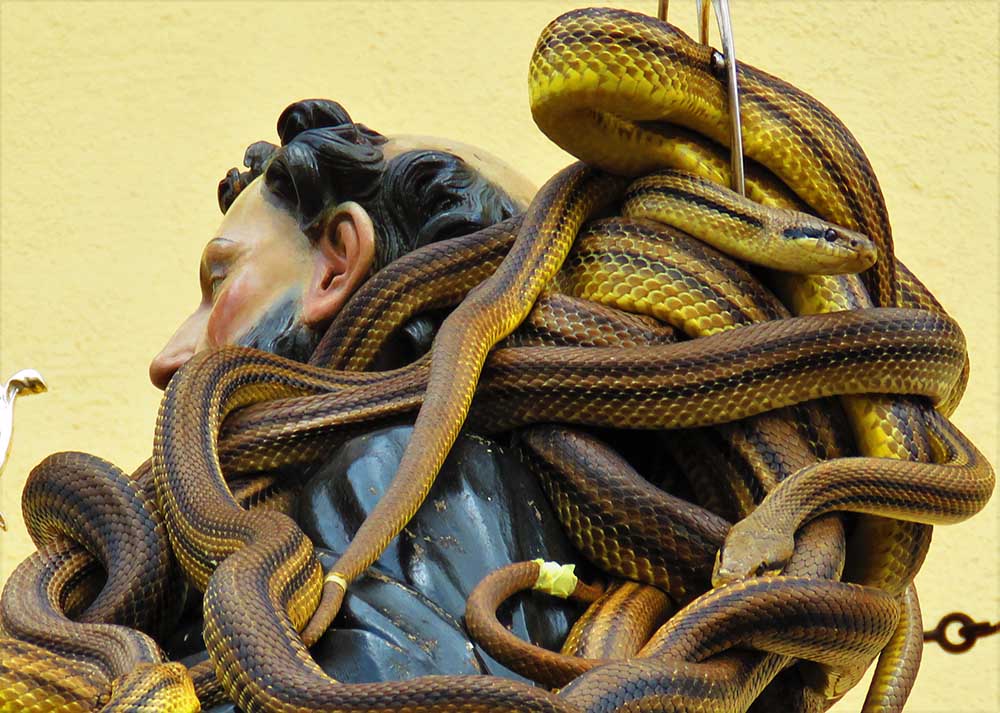 Months before the festival, snake handlers known as serpari gather the reptiles from the wild, remove their fangs, and care for them until it is time to celebrate. The snakes are released after the festival, and their fangs grow back.

Believe it or not, snakes congregating around the head are said to predict a good harvest! 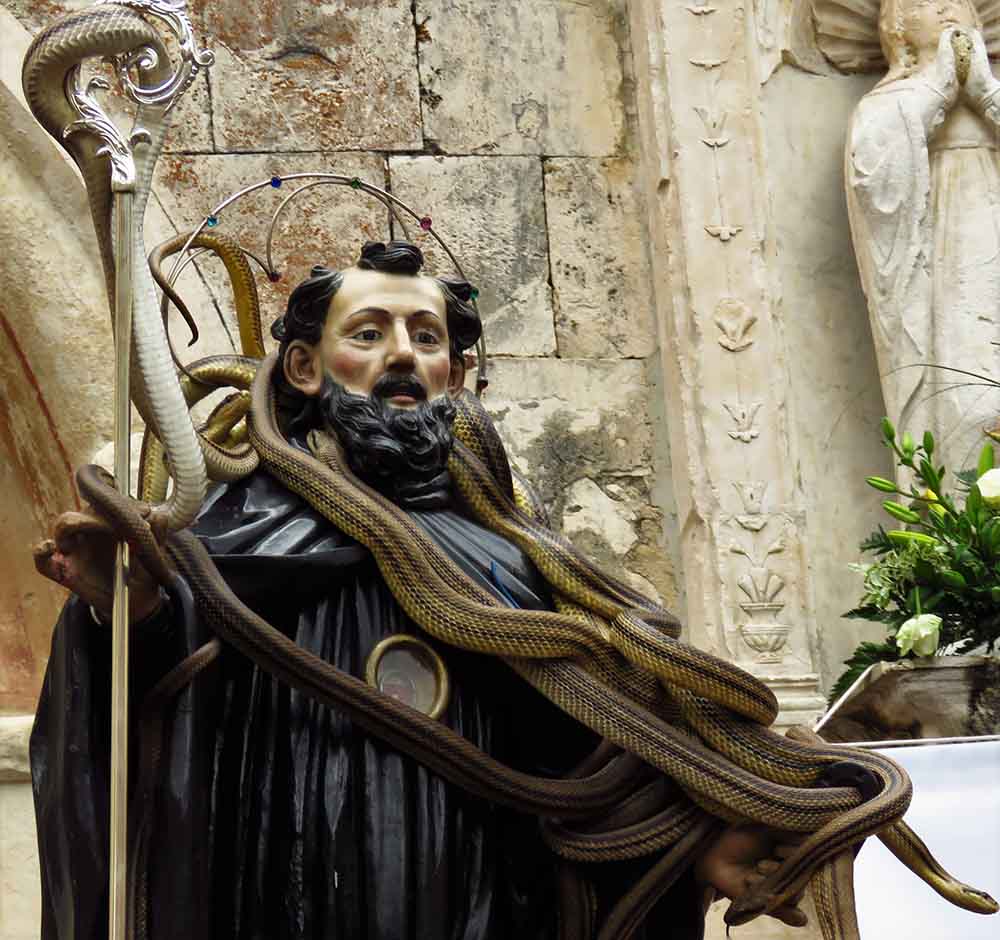 Filled with remarkable photos and over 1,500 all new—all true—stories to immerse yourself in, Ripley’s Believe It or Not! Shatter Your Senses!  is the newest book in the bestselling series from Ripley Publishing—so incredible you won’t believe your eyes…or ears…or nose!