Don't try this at home.

Chayne “Space Cowboy” Hultgren, a street performer from Australia, is one of the most extreme performers Ripley’s has ever encountered. Besides being an expert sword swallower, he juggles chainsaws on a unicycle, catches arrows blindfolded, and even performs stunts involving a high voltage Tesla coil.

Hultgren has swallowed a sword with a 49-pound weight suspended from it and was the first man to swallow a sword underwater—in a tank full of live sharks. Chayne was born with an internal deformation of his digestive system, so his stomach sits unusually low. This means that the Space Cowboy can swallow the entire length of a 28½-inch sword blade—a blade longer than any other swallower can manage—so that it reaches an inch below his belly button. To conquer the extra-long sword, Chayne is able to rearrange his internal organs, elongate his body, and change the shape of his stomach. We featured the Space Cowboy in our 2010 annual, Enter if You Dare! 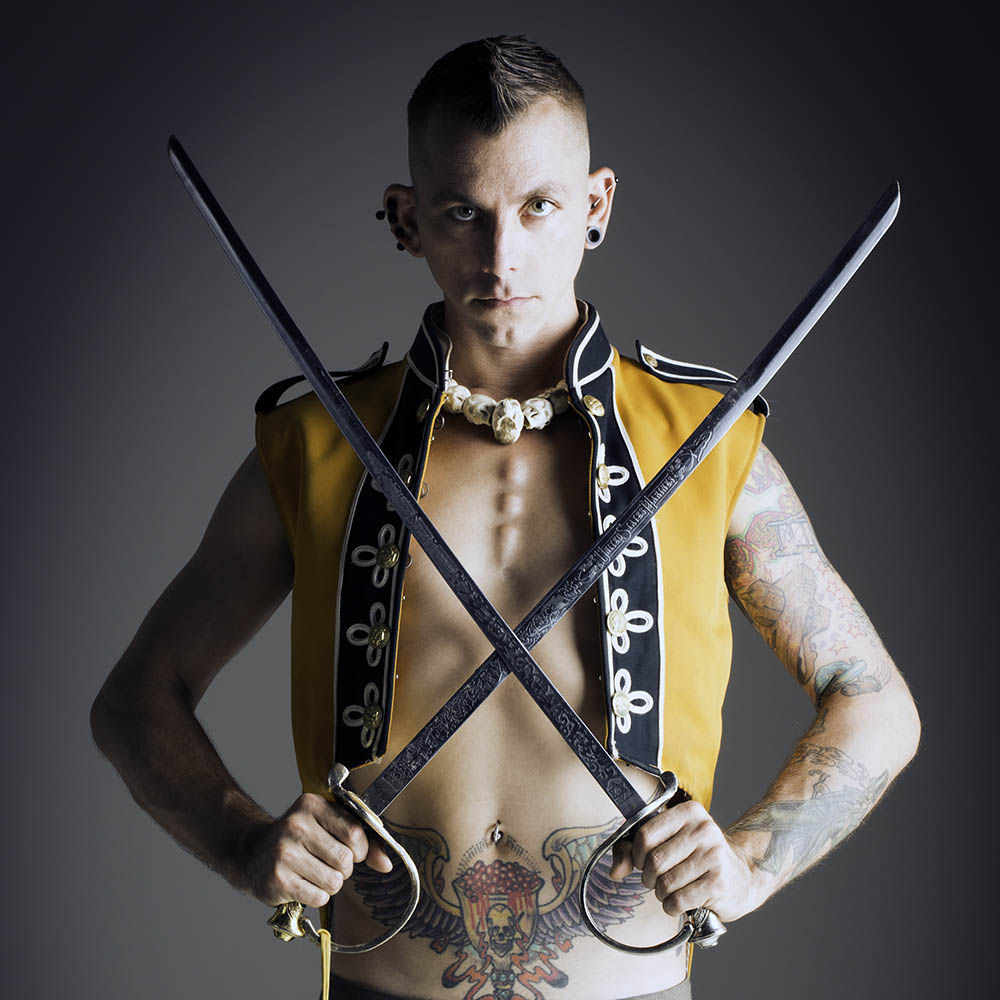 Eight years since we last caught up with him, we were shocked to see his newest performance, “Million Volt Man.” Electrified by the Tesla Coil, the Space Cowboy shoots 5-foot arcs of electricity from his hands and explodes blocks of wood held in his hands.

Performing his stunt without a Faraday cage or other protection took him many years to master, making small tweaks and adjustments as he went along. Now he can swallow swords while electrified, causing the top of the sword to arc out and light up bulbs suspended overhead.

Hultgren admits his stunts are dangerous but notes that he has been injured an amazingly few number of times considering all the danger he puts himself in. His worst injury was receiving an arrow through his hand. The Space Cowboy mastered arrow catching by relying on muscle memory, sound, and intuition. Though he trained with a tennis ball shooting machine and rubber-tipped arrows, he now uses metal-tipped arrows. 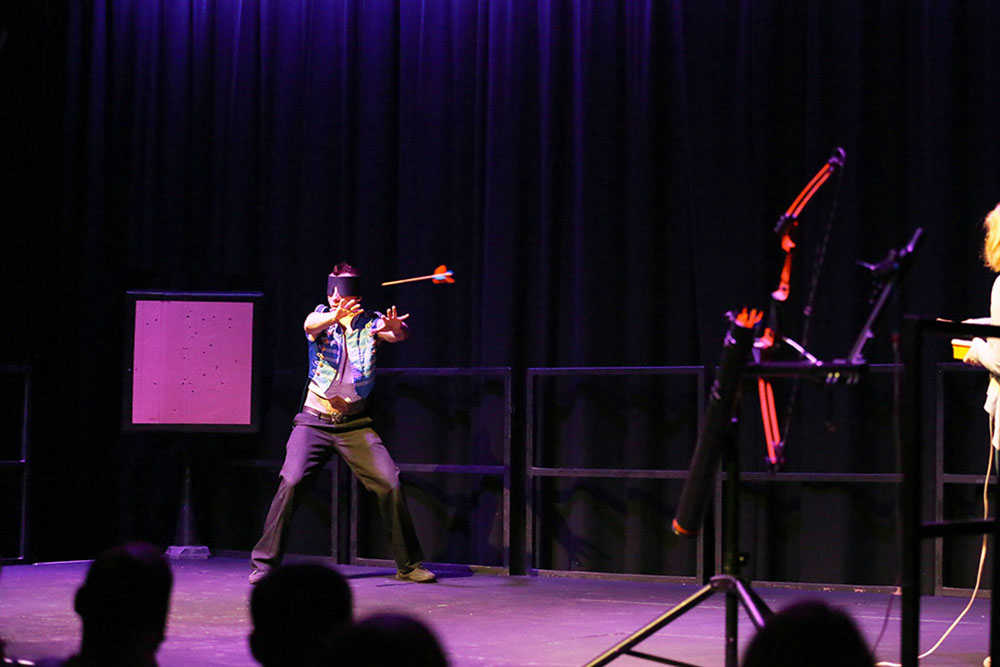 His hardest stunt was performing multiple backward summersaults underwater while sword-swallowing, but he finds the high voltage stunts potentially dangerous as well since they require so much refining.

He credits his success to preparation, training, and a healthy vegetarian lifestyle.

“I am obsessed with what I do. I love pushing myself every day to try new things and train my body. Part of my daily routine is brainstorming ideas and devising or perfecting new stunts.”