43 quintillion ways to solve and speedcubers can resolve a Rubik's Cube in under seven seconds! 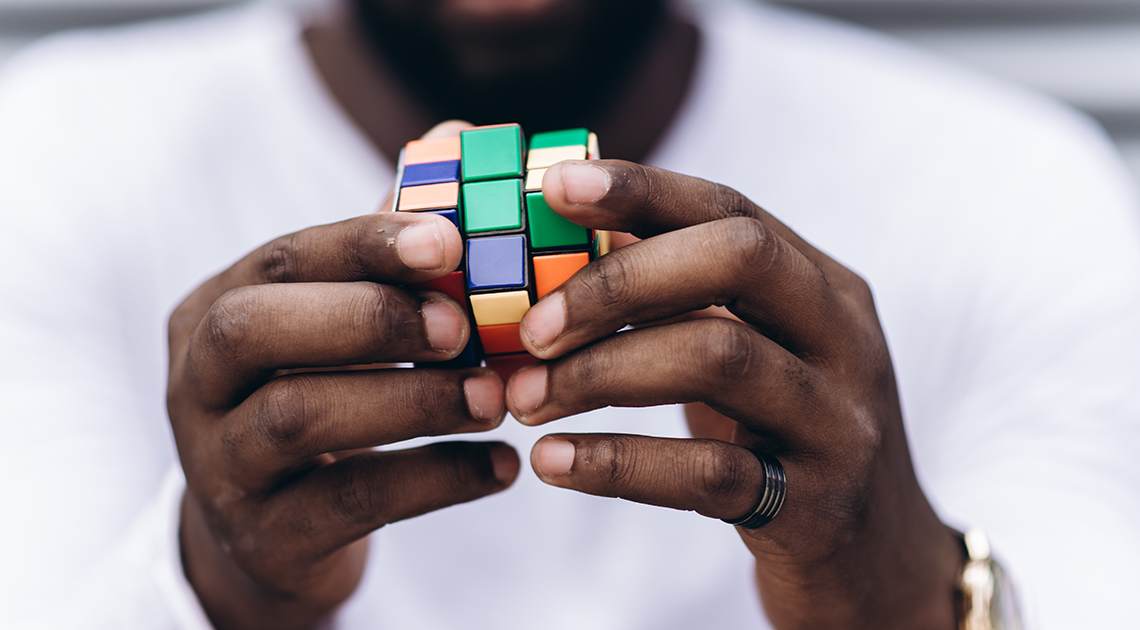 A simple game with over 43 quintillion ways to solve, the Rubik’s Cube has come quite a long way since its early years. Now an art form, a friendly puzzle, and even a competitive sport, there’s not much the Rubik’s can’t do.

Ever wonder where the name “Rubik’s Cube” came from? A professor from Budapest, Erño Rubik, wanted to help his architecture students understand three-dimensional problems using a movable art piece. In 1974, he created the first working prototype of the cube, which at the time was made out of wood! Rubik, himself, took over a month to solve the first invention. Once he added 54 colorful stickers to the six sides, the new “Magic Cube” caught the eyes of many. He decided to turn his educational invention into a puzzle for anyone in Hungary to buy and solve. 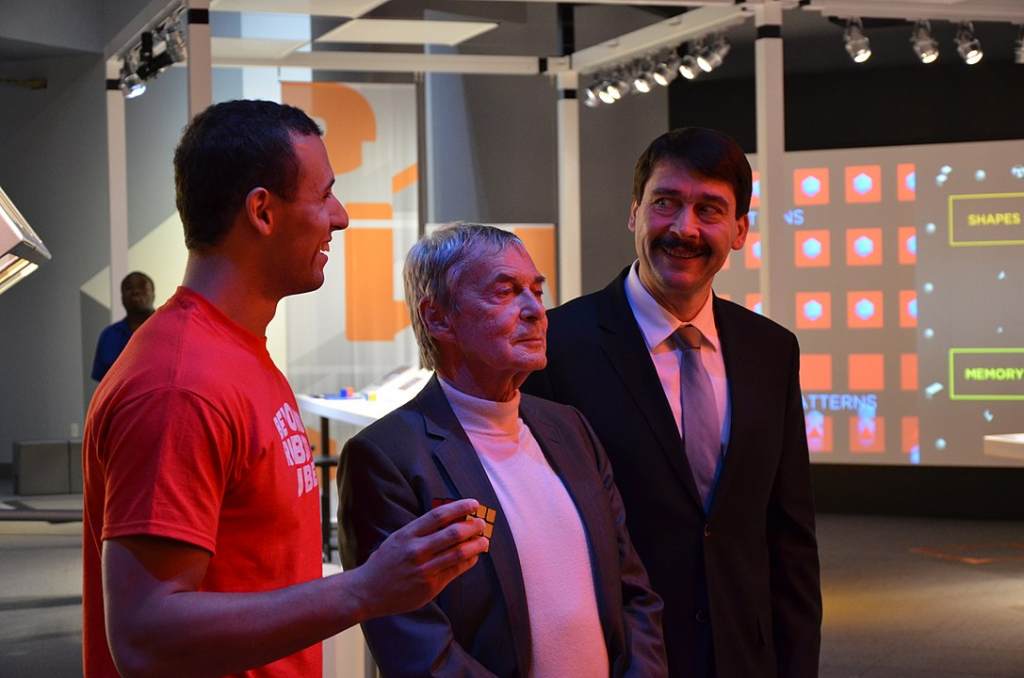 By 1977, there was no doubt that Rubik had created a puzzle with great potential. However, due to Hungary being a communist country in the 70s, imports and exports were very controlled at this time. So, he took to International Toy Fairs.

By 1978, the Magic Cube was found in fairs from London to Paris and New York. At an event in Nuremberg, toy specialist Tom Kremer had a vision to commercialize the cube and sell it to the world. He negotiated with Rubik and the two signed a worldwide distribution license.

Because of Tom Kremer’s passion for the cube, the Ideal Toy Company agreed to distribute the “Magic Cube” under one condition—a name change. In 1980, the new-and-improved “Rubik’s Cube” was globally launched. Designed to be half the weight of earlier models, this efficient iteration of the Rubik’s Cube was much easier and quicker to solve. 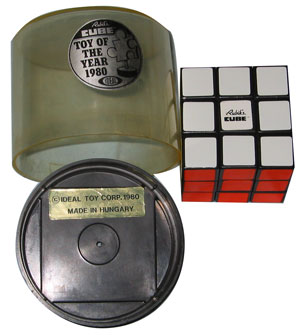 Packaging of Rubik’s Cube, Toy of the year 1980–Ideal Toy Corp., made in Hungary || Photo by Jpacarter at English Wikipedia

Spinning with the Speedcubers

It takes the average person about three hours to solve a Rubik’s cube for the first time, but it can take a speedcuber only seven seconds. As the name implies, speedcubing is a sport in which participants solve, most commonly, the 3x3x3 Rubik’s Cube as quickly as possible.

Every two years, the World Cube Association Rubik’s Cube World Championships are held with thousands of competitors traveling to race with their fingers around the Cube. Participants travel from all ends of the globe to compete against the best of the best, hopefully, setting their ultimate speed Cube time, and even be crowned the King or Queen of Cubing.

The art of rapid solving dates back to 1982 when Minh Thai (USA) shocked the world as the inaugural winner of the first speedcubing World Championship in Budapest, Hungary. Thai solved his cube in just 22.95 seconds. And while this may seem most impressive to many, in 2009, Breandan Valance (UK) beat the record with an average time of 10.74 seconds. Then, in 2011, Michal Pleskowicz (Poland) beat that with 8.65 seconds.

Cutting Pleskowicz’s time nearly in half, the next record holder was Luas Etter in 2015 with an average of 4.9 seconds. Just when the world didn’t think the cube could go much faster, Feliks Zemdegs beat that time with 4.22 seconds. And today, Yusheng Du (China) holds the Guinness World Record for the fastest time to solve a Rubik’s Cube in a very measly 3.47 seconds! 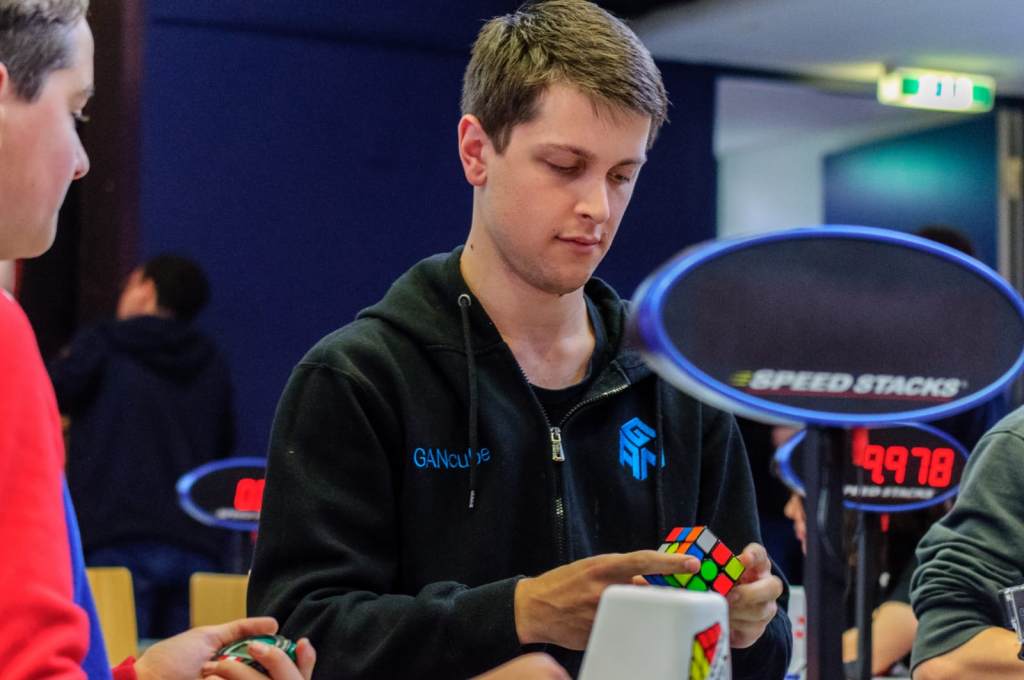 And as if human hands weren’t quick enough, a robot, created by two men named Ben Katz and Jared DiCarlo, was able to complete the cube in 0.38 seconds. Though rather impressive, the human hands of speedcubers are far more awe-inspiring to watch.

While the traditional speedcubing contest takes place with a 3x3x3 Cube and the use of both hands, this hasn’t stopped competitors from trying out some out-of-the-box spinning techniques. Many speedcubers have developed a bit of a niche in their methods, straying from the traditional two-handed solve. From one-handed solving to behind the back and some fancy finger tricks, speedcubers don’t mess around.

If you’re interested in learning more about speedcubers, check out “The Speed Cubers,” now on Netflix. This documentary takes a dive into the extraordinary twists and turns in the journeys of Rubik’s Cube-solving champions, Max Park and Feliks Zemdegs.

Next post Do Piranhas Really Make Mincemeat Of Humans?