The Curious Creature Crew of Sputnik 9

Sputnik 9 orbited the Earth with one of the most incredible (and furry) crews ever assembled! 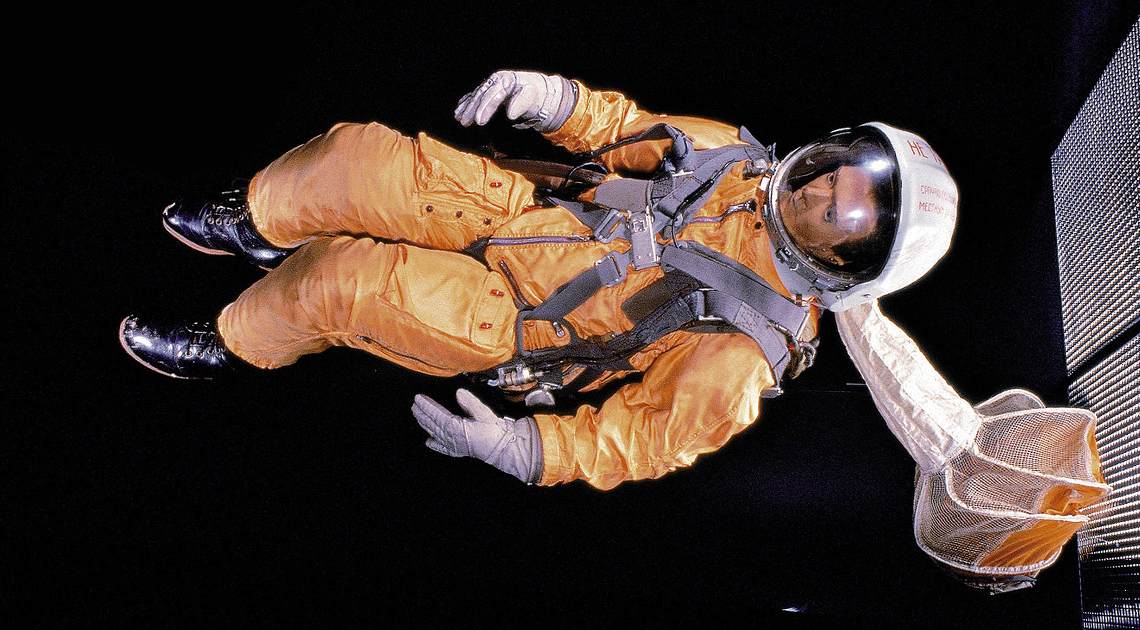 This test flight mannequin named "Ivan Ivanovich" orbited the Earth in 1961 weeks before the flight of Yuri Gagarin, the first man in space.

Today, confident scientists can at least venture a possible explanation for almost every phenomenon. Humanity’s collective knowledge is expanding at an extraordinary rate. Nevertheless, there are two particular areas in which we remain largely in the dark about (literally): the depths of Earth’s oceans and outer space.

The Moon landing of July 20, 1969, remains one of the most significant events in human history. Courageous astronauts, guided by brilliant, often unsung minds like Margaret Hamilton, reached the Moon’s surface for the first and only time to date. And they did so with remarkably unsophisticated technology—Apollo 11’s computer had a rope for memory!

The Furriest Crew Ever Assembled

Needless to say, though, the United States wasn’t the only nation with its sights fixed on space travel. The Soviet Union achieved its own incredible feats during the space race, with its Luna 2 becoming the first artificial object to reach the surface of the Moon a full decade before Apollo II did. An even more intriguing tale is that of Sputnik 9, which orbited the Earth with one of the most incredible (and furry) crews ever assembled: a guinea pig, mice, reptiles, a dog, and a mannequin!

Sputnik 9, alternatively known as Korabl-Sputnik 4 or Vostok-3KA No. 1, was launched on March 9, 1961. This test flight took off from Kazakhstan’s Tyuratam Missile and Space Center, a relatively routine operation that continued the line of Sputnik craft—the first of which made history on October 4, 1957, as the first satellite built by human hands.

During this period, the concept of space travel was in its infancy, and stringent safety precautions and tests were being carried out. Before the Soviet Union’s cosmonauts could take off, space dogs, such as the iconic Laika—the first animal to orbit the planet aboard Sputnik 2—were utilized. Sputnik 9’s launch was four years later and had its own canine cosmonaut… along with a whole menagerie of other animals.

The 9 March marks 60 Years since the launch of Sputnik 9, which carried Chernushka the dog and a human dummy into space, demonstrating to the world that the Soviet Union was ready to begin human spaceflight projects. https://t.co/wP3chJkUwR pic.twitter.com/bLTmdqKppp

Chernushka, or Blackie, set off to orbit the planet aboard Sputnik 9. The dog was joined by another bold, unusual traveler: Ivan Ivanovic. Ivan was no man, however. He was a mannequin that had been named by the craft’s technicians!

These may have been the most high-profile members of the ship’s creature crew, but there were several more too! Sputnik 9 was also home, for a time, to the world’s first guinea pig cosmonaut, not to mention a number of mice and reptiles!

The Soviet Union’s space dogs were acclimatized to, and trained for, the kind of conditions they would experience in space. The legendary Laika, for instance, was a part-Siberian Husky that had been a stray in Moscow, having already experienced the sad reality of low temperatures and hunger. Prior to Laika’s space mission, the courageous canine was fed a unique sort of gel that would serve as doggy space food on the journey!

Sadly, Laika did not survive her extraordinary trip of November 3, 1957, but her memory still lives on, as something of a national hero in Russia. The good news is that the incredible mix of creatures aboard Sputnik 9 returned home safely.

As a test flight, the craft’s goal was to orbit the planet a single time, which it successfully accomplished. The trip took just under an hour and 45 minutes, with poor Ivan having a heck of a bumpy landing. The dummy was launched from the craft by its ejector seat, in another test of the technology, making its way back to terra firma independently.

As remarkable as the tale of Sputnik 9 is, brave spacefaring animals spent decades paving the way for human space flight. It was once believed that human beings would perish in such a hostile environment—with or without sophisticated safety equipment. And so the remarkable experiments began.

The flight of Albert I on June 11, 1948, is an often-forgotten event. This rhesus monkey was aboard a V-2 Blossom, the first such venture the United States embarked upon. The trailblazer that is Albert I seems to have been left behind by history, but he was followed by several other fellow primates, including Yorick three years later. Yorick took flight aboard an Aerobee missile, along with 11 mice, and reached heights of 236,000 feet before returning safely—the first monkey to do so! 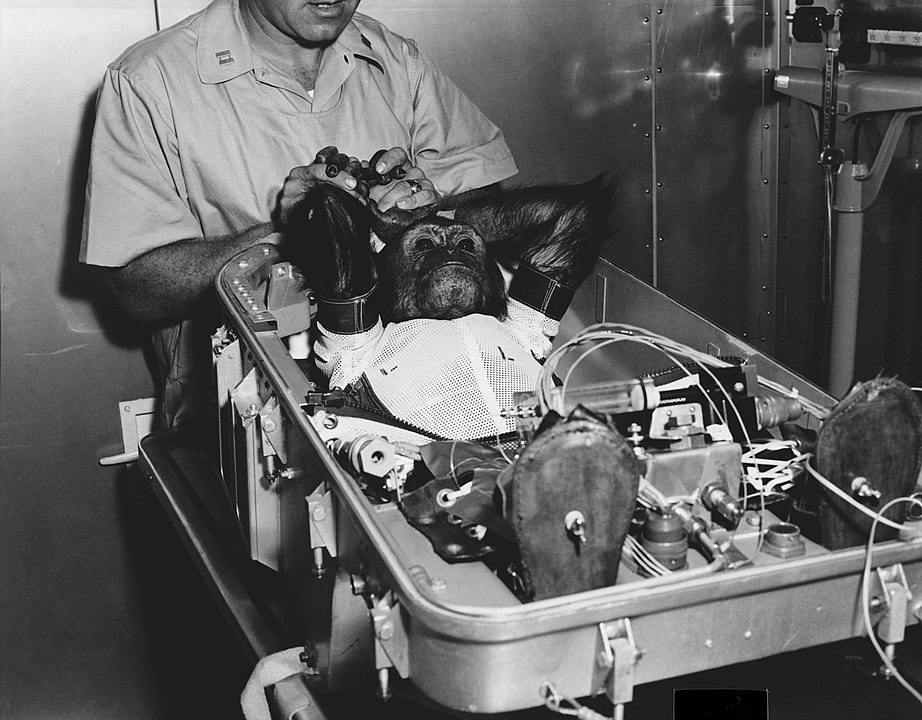 Albert I paved the way for many other chimpanzees in space. Enos, the third great ape and only chimpanzee to orbit the Earth, is seen here preparing for launch on Mercury-Atlas 5 (November 29, 1961) || Photo by NASA

From Laika to Albert I and Chernuskha, the spacefarers of the animal kingdom deserve endless kudos. Humankind may never have made their first tentative steps into space without them. They certainly wouldn’t have the fantastic mental image of a spaceship piloted by a dog, a guinea pig, mice, reptiles (though the latter aren’t mentioned in some accounts of the flight), and a mannequin to enjoy.

Next post Did John F. Kennedy's Back Brace Cost Him His Life?