"Only at the end do you realize the power of the Dark Side.” While this may be true, you must appreciate the power of ordinary staples depicting extraordinary Star Wars’ personalities! 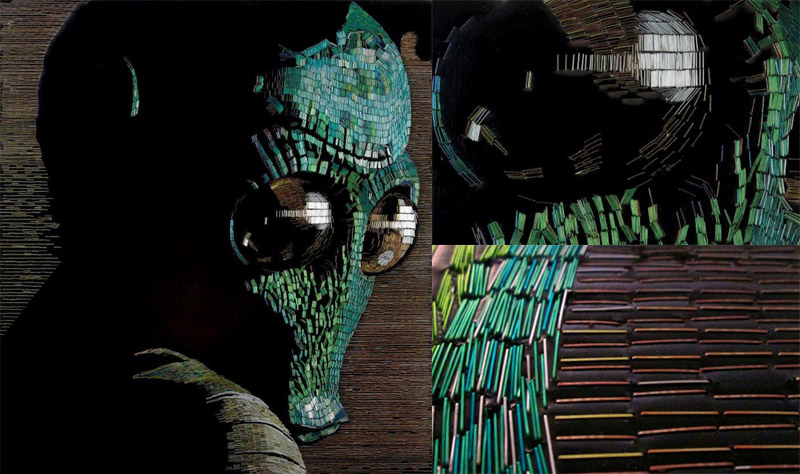 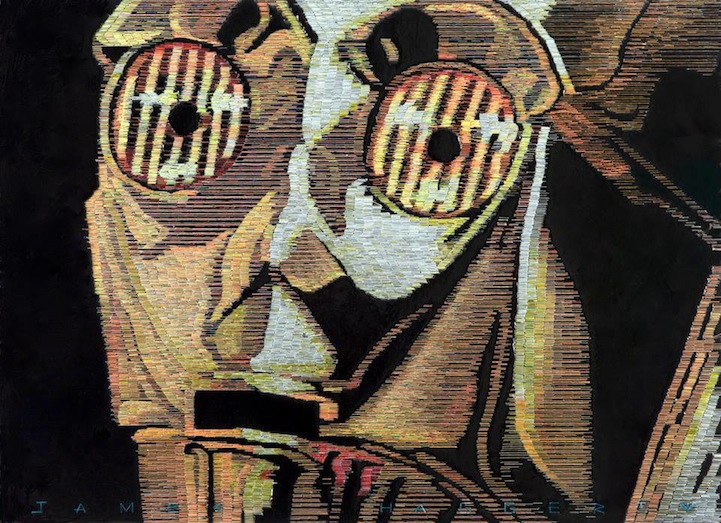 “On the third day of Star Wars, Ripley’s shared with me: Three Staple Arts” (Not sure it makes enough sense, but it works if you sing it!)

Ordinary staples don’t see much excitement in their daily activities, but these staples are particularly cool – due only in part to their color.  These staples, however, have brought to life three iconic Star Wars personalities thanks to the creativity of Brooklyn-based artist and art teacher, James Haggerty.

Purchased during our Bizarre Buying Bazaar at our New York City Odditorium in 2014, Darth Vader is still on display there, while C3PO and Greedo can be enjoyed in person at our Myrtle Beach Odditorium.

Believe It or Not!, George Lucas originally wanted Orson Welles to be the voice of Darth Vader, but changed his mind, concerned that Welles’ famous voice would be too recognizable.