I’ve got a good feeling about this! Star Wars reimagined from computer parts and adding machine pieces! 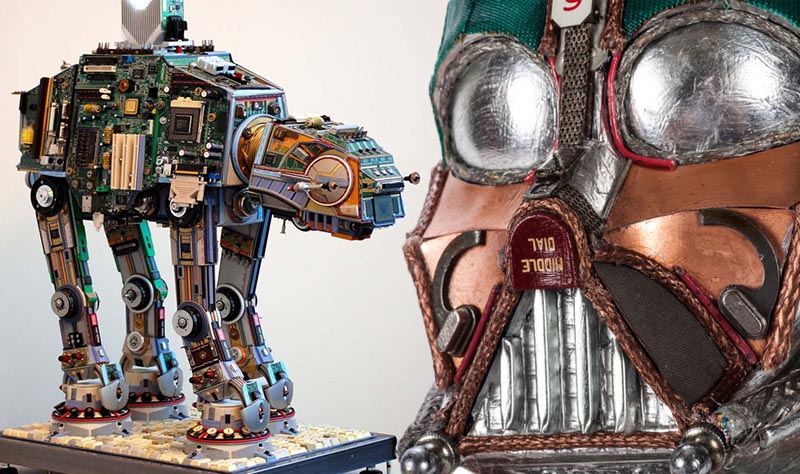 Only Five Days to Star Wars 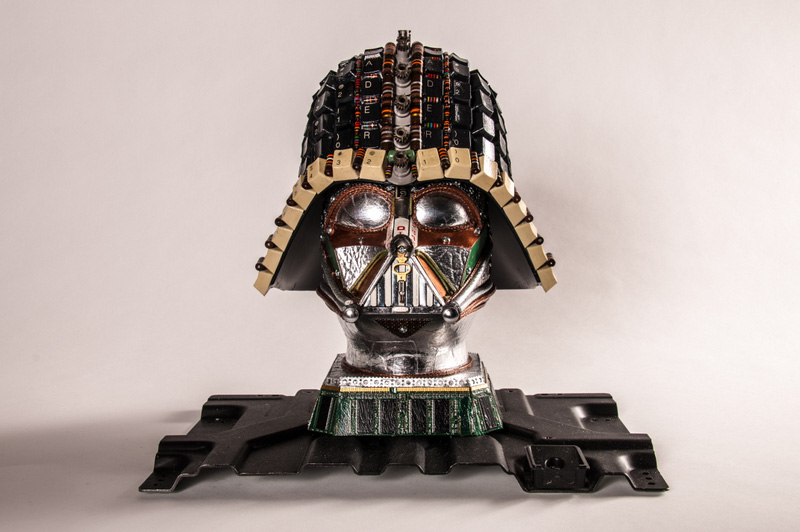 “On the fifth day of Star Wars, Ripley’s shared with me: Five Upcycled Figures” (Singing it only kind of works today.)

Upcycled is a word that seems to be thrown around a lot today, but it really just means giving new and unexpected life to everyday items – and the pieces of our collection that I want to share with you today are no exception!

These five items were created by Indiana artist Gabriel Dishaw, from computer parts and adding machine pieces – including wires, keys, and even circuit boards.

There are two different Darth Vader busts (one is in our New York City Odditorium and another one is in Key West), a C3PO bust, and (my favorite) two AT-AT Walkers.  Did I happen to mention that the Walkers make different noises when certain buttons are pressed (Pew! Pew! Pew!)?

Speaking of sounds, there are lots of sounds in Star Wars that you can’t help but visualize when you hear them – like the light saber sounds.

Believe It or Not! the light saber sound is actually made by mixing the hum of a 35mm film projector with the passing of a broken microphone cable near the tubes of an old television set.

It’s been said that while filming, both Hayden Christensen and Ewan McGregor, couldn’t resist making the lightsaber “whoosh” sound during their battle scenes – which all had to be taken out in post-production!