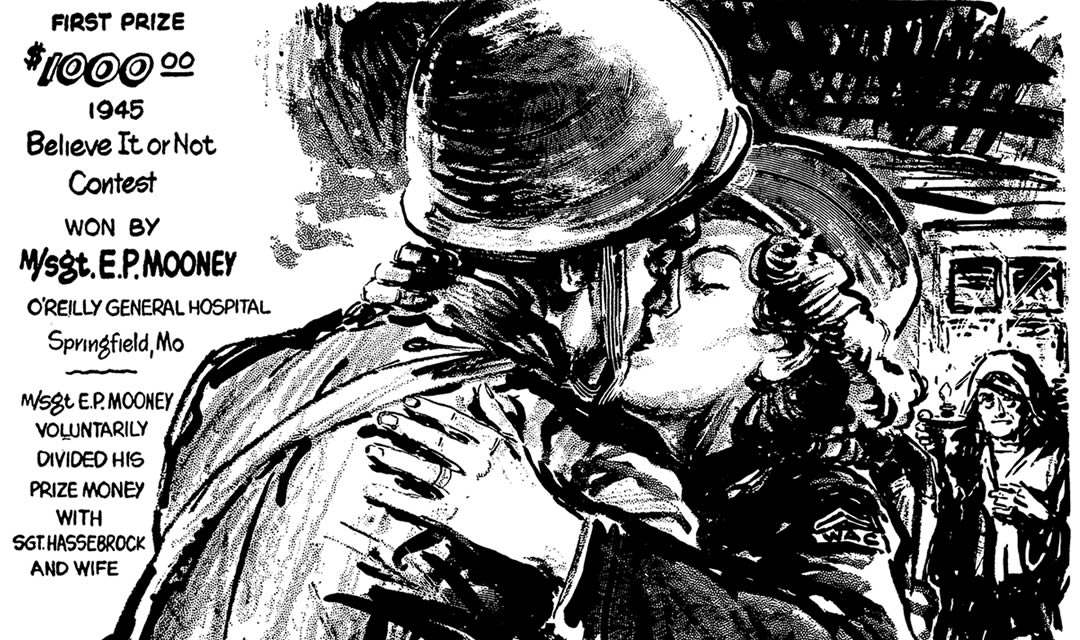 We Salute Our Heroes

For more than 90 years, Ripley’s Believe It or Not! has recognized the amazing stories and sacrifices made by members of the U.S. military.

“Today we still pay honor and respect to our military heroes and their families with military discounts available at all of our participating attractions.”“Robert Ripley spent considerable time, money and effort doing charitable fundraisers during WWII, and his most successful and memorable contest in 1945 was a testament to his patriotism and appreciation for the young men and women who so valiantly defended our beliefs and country – often making the ultimate supreme sacrifice for freedom,” said Edward Meyer, Ripley’s VP of Exhibits and Archives.  “

Matthew Little, a seaman for 70 years, served in 4 wars. His ship was sunk by a German U-boat in WWI, sunk twice in WWII and he spent 5 days in a lifeboat; and was in charge of a ferry that rescued 1200 men at Dunkirk and was sunk forthe 4th time. He survived them all – only to be hit by a truck in Baltimore.

WE SALUTE & THANK OUR BRAVE MEN & WOMEN OF THE ARMED FORCES THROUGHOUT HISTORY.

THANK YOU FOR YOUR SERVICE & SACRIFICE!