Sun Causes 40 SpaceX Starlink Satellites To Rain Down Above Earth

They were part of a batch of 49 satellites sent up in early February 2022. 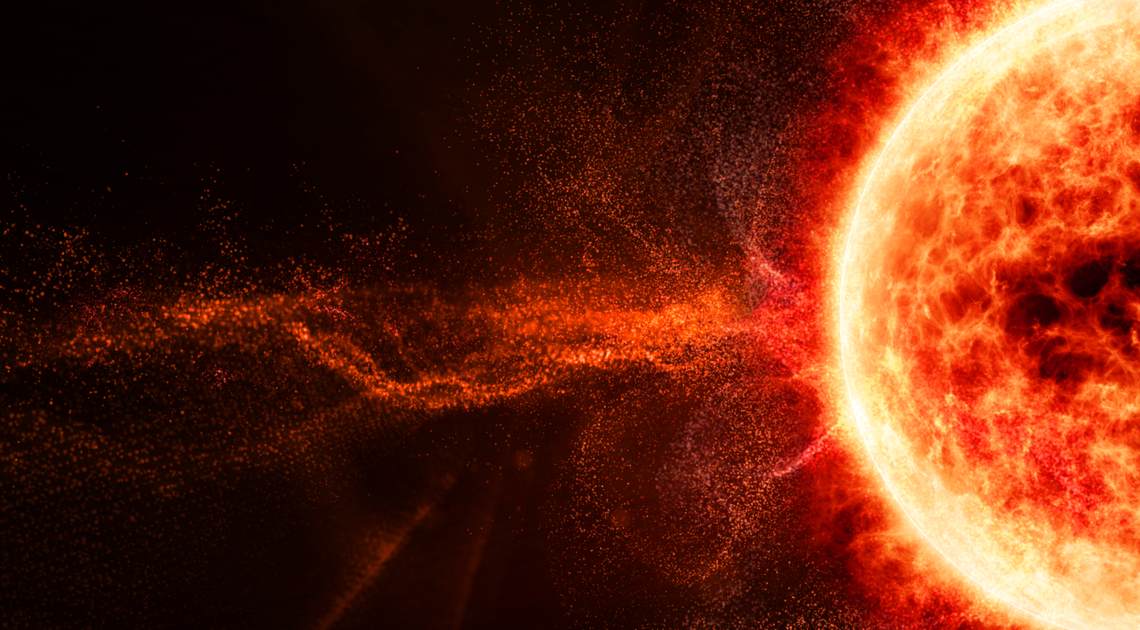 A mass of fireballs streaked across Puerto Rico’s skies in early February 2022 in a dramatic and otherworldly display. Was it America’s second Roswell? Or perhaps the planetary invasion tinfoil-hat wearers have predicted for the last two decades? Nope!

Instead, video captured the wild visual aftermath of a geomagnetic storm that knocked 40 Starlink satellites out of Earth’s orbit. Designed to stay low in the atmosphere, this characteristic allowed for the satellites to be easily wrangled in case of failure. However, this orbital range also left them vulnerable to a geomagnetic storm, as the recent display over the “Island of Enchantment” so aptly demonstrated.

Here’s what you need to know about the geomagnetic storm that sent burning debris streaking across the heavens.

The first Starlink satellites launched in 2019. Since that time, the company headed by billionaire CEO Elon Musk has rocketed an additional 2,000 gadgets into the night sky. All told, the company has ambitious goals for the future, eventually planning to fill the atmosphere above Earth with a total of 42,000 satellites. The mega-constellation created by this endeavor will provide customers with high-speed, low-latency internet access worldwide, according to Starlink’s website.

For those interested in stargazing, the introduction of a gigantic belt of bright satellites is a serious problem, though. In particular, astronomers fear the satellites will interfere with their ability to chart the stars and make observations. Other critics of the program have argued the project will cause the equivalent of interstellar traffic jams, blocking orbital slots that might be utilized by other companies and nations. Some also fear these satellites could soon account for 90 percent of all space travel near-misses, per Space.com. Of course, the loss of these 40 satellites has done little to assuage these concerns.

After SpaceX initially launched 49 satellites on February 3, 2022, everything appeared normal. They orbited approximately 130 miles from the planet at a height providing easy access to SpaceX operators. Unfortunately, Elon Musk’s company underestimated the geomagnetic storm that ensued. In a statement released from SpaceX, the company explained that the storm caused a spike in drag by upwards of 50 percent over previous launches.

What is a geomagnetic storm? These extraterrestrial events occur when a surge of solar wind collides with the Earth’s magnetic field. These solar winds contain charged particles that warm the upper atmosphere, generating currents in the planet’s upper atmosphere. They also increase the density of the atmosphere, dramatically exaggerating friction (as in the case of the SpaceX launch). Scientists have since determined the storm came from an eruption of the sun’s surface on January 30.

To counteract the drag, SpaceX engineers commanded the satellites to take evasive action. This involved flying “edge-on” in a formation that rendered them like sheets of paper. In this position, the technicians hoped to decrease the surface area of each satellite as it passed through the atmosphere. In the “edge-on” position, rapid satellite deceleration should theoretically decrease.

Unfortunately, the “edge-on” flying formation couldn’t compensate for the friction caused by the geomagnetic storm. Soon, 40 satellites plummeted towards Earth. Fortunately, for the planet’s inhabitants, especially those in Puerto Rico, the satellites are designed to disintegrate upon re-entering the planet’s atmosphere. So, beyond an impressive light show, citizens of Earth had little to fear.