A crazy ejector bed, in your face canoe polo, a working V6 paper engine, fishing with your nipple, and an insane skin suspension parachute jump.

I hit the snooze button at least 3 to 4 times a morning, so they must’ve made this invention just for me! British inventor Colin Furze designed this bed on request by the Taylors of Harrogate Coffee and Tea Company. They asked him to build something to get people out of bed’ inspired by their new coffee blend. Colin constructed this bed using a strong aluminum frame, pipes, and an air compressor that reacts to the alarm. No snooze button needed here.

Believe It or Not!, the game of polo is thought to have started between the 6th century BC and the first century AD. Although Traditionally played on horseback, these guys decided to trade in their horses for kayaks! Started in London, Canoe polo is actually played from specialized kayaks which can be used to tackle the opponent! Paddle on!

Can you hear the roar? Feel the revving power? This is ain’t your Daddy’s V6 engine but it IS a genuine working engine made entirely from paper! Given two weeks, a stack of paper, some superglue, tape, and a rubber band, this inventor created a tiny working V6 engine run completely by compressed air. Now that’s taking origami to a whole new level!

Lake Powell, Utah is a renowned fishing spot for fisherman, but what happens when the hunter becomes the hunted? Wyatt Green was just relaxing in his inner tube when this little fishy saw something that caught his eye. Whitney yells: Man boobs! Leaping out of the water, the sunfish attached itself to Wyatt’s nipple and held on. Looks like he bit off more than he could chew.

Although Ripleys has covered skin suspension before, we’ve never seen anything quite like this! Russian BASE jumper Wes Kennedy decided to combine the two skills and recently took a leap from a cliff over 1400 feet up. With the parachute attached to only the skin on his back and with over two minutes under his canopy, this was no quick descent!

As our BION pick of the week, this video is truly off da hook! 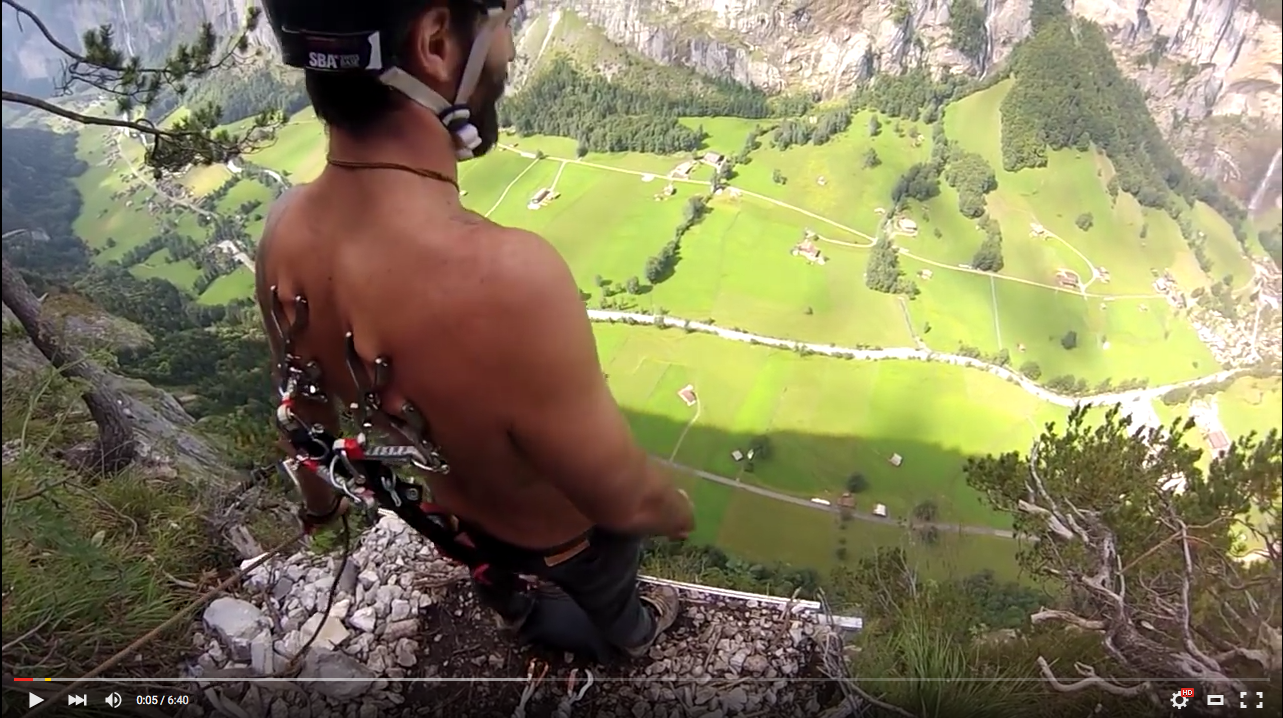 Previous post Robots Made of Old Tools and Parts! It's The Last Week of #Ripcycle