Tanuki Reign of Terror on a Small UK Town

"There is something in the field attacking the pony, and I have absolutely no idea what it is."

It all began with a bloodcurdling scream at 4am. At least that’s how two residents of Clarborough, a small village in Nottinghamshire, UK, describe their first encounter with a tanuki (a.k.a. raccoon dog).

Mandy Marsh, 53, and her husband Dale, 54, awoke to the terrifying sound. Dale reacted quickly, running outside to see what the commotion was. He returned moments later exclaiming, “You are going to have to come and see this. There is something in the field attacking the pony, and I have absolutely no idea what it is.”

Mandy rushed out after her husband to find the impish invader in the backyard embroiled in a tense standoff with the couple’s pony and pet goat.

The tanuki had attempted to attack and kill the goat before the pony intervened. Now, the pony stood in the path of a vicious onslaught from the raccoon dog.

Mandy and Dale used boards and other pieces of wood to fend off the animal. But it took more than two hours to get the tenacious tanuki to leave. Just moments later, it reappeared cornering a nearby pedestrian walking a dog.

Police were called in to identify and capture the wayward animal. They soon learned two tanuki were on the loose, a male and female, who escaped by digging out of a nearby enclosure located on Big Lane.

Indigenous to East Asia, raccoon dogs may resemble North American raccoons, but they’re actually members of the Canidae family, which includes foxes and dogs. They can grow to the size of a medium canine, and, according to the Marshes, display the aggression of feral members of the species.

After four days of searching, police recaptured the animals. But while local media described a harrowing situation that left Clarborough residents on edge, were the tanuki on the lamb really that dangerous?

The Tanuki of Japanese Mythos

In Japan, tanuki are known for their trickster ways and adept ability to imitate humans. Unlike foxes, who come with an aura of awe and danger, tanuki act as the ribald protagonists of countless tales.

Mischief-makers, pranksters, and shape-shifters, they are known for one mythic feature, their giant testicles. Characterized by their joviality, absentmindedness, and gullibility, they feature prominently in children’s songs and stories. 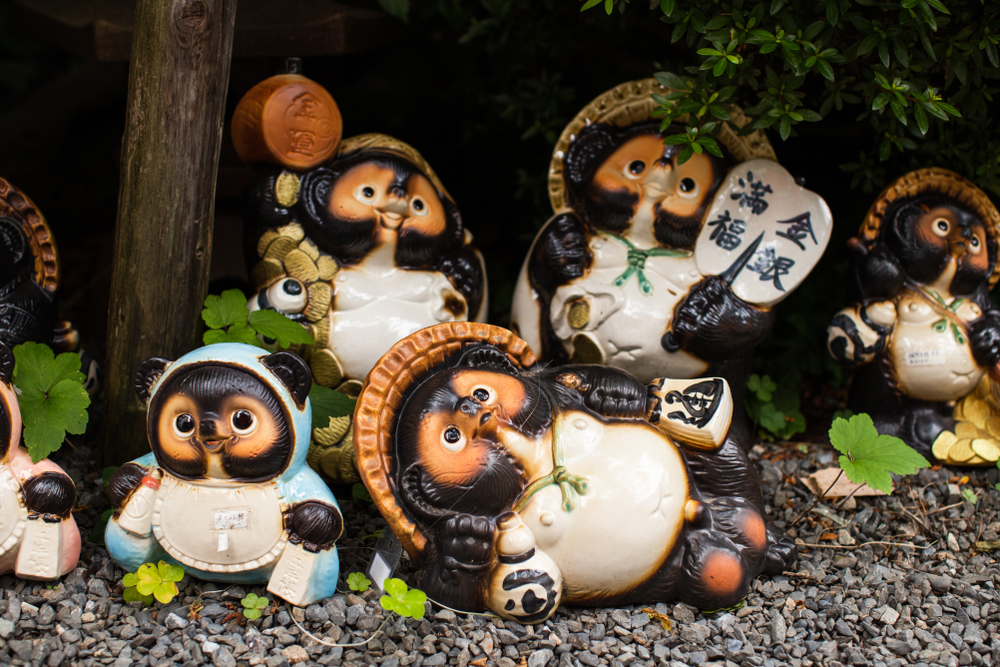 A favorite for lawn art kitsch, potbellied tanuki statues prove a must in front of Japanese restaurants and bars, big balls and all. Why? Their presence is thought to bring good luck and wealth to businesses.

Clearly, the tanuki of Japanese lore remain a far cry from the “absolutely mad” creatures described by British newspapers covering the Clarborough situation.  So, what gives?

Putting the Tanuki Threat in Perspective

Attempting to hunt and kill the goat at the Marsh’s farm would have proven an ambitious feat for any tanuki in the wild. In nature, these carnivorous creatures rely on birds, fish, insects, and small animals as their main food sources. They also munch on fruits, nuts, and berries when available to supplement their diet.

Although they can bite and scratch, tanuki prove too small to pose a serious threat to human beings—aside from the risk of rabies. Of course, this doesn’t rule out aggressive displays like the one witnessed by the Marshes. Nocturnal creatures, they vocalize by growling and making cat-like sounds, and they arch their backs when threatened. 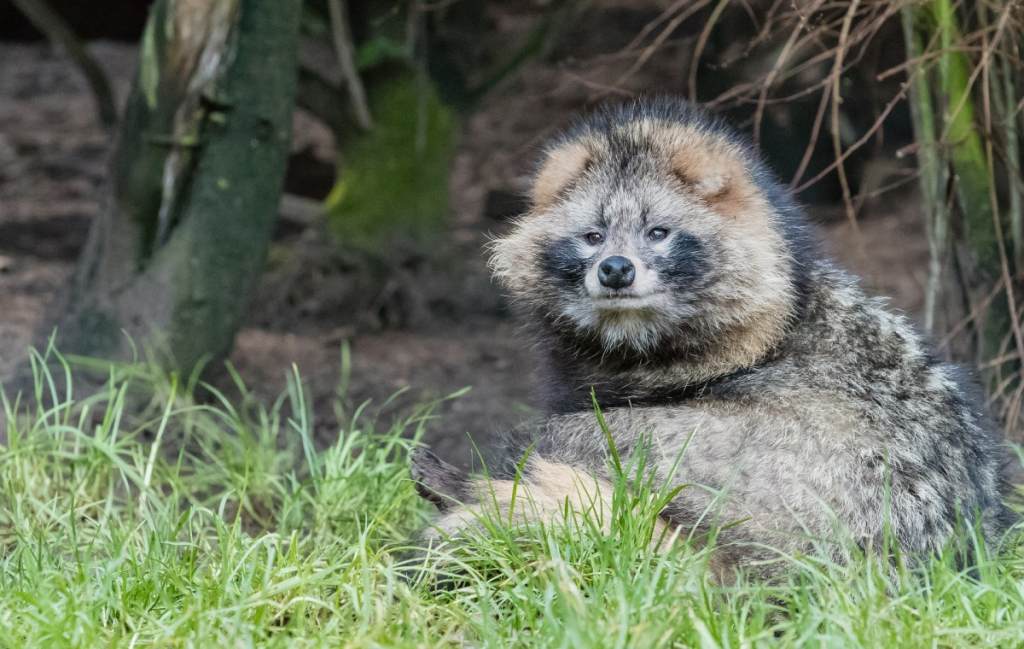 What’s more, taking these animals out of their natural surroundings can lead to erratic behavior. According to Stephanie Jayson, senior exotics and wildlife trade office from the RSPCA, in a domesticated environment these wild animals “often become aggressive and unmanageable.”

The owner of the raccoon dogs that terrorized Clarborough did not comment after their recapture and return to his property. But in a previous statement, he said, “They have escaped and that is my mistake. But it’s important people don’t think these animals are especially dangerous.” He also blamed any perceived bad behavior on anxiety the animals experienced during their escape.

The Real Threat from the Tanuki

While the UK recovers from its recent brush with raccoon dogs, other parts of Europe face a different kind of threat from these creatures. From Sweden to France, tanuki populations represent an invasive species with the ability to seriously upset the biodiversity of local ecosystems.

In Sweden, the accidental introduction of tanuki has led to an ecological disaster since they prey on endangered ground-nesting birds and amphibians. The fact that tanuki reproduce more rapidly than any other canine species, except the arctic fox, has further exacerbated the issue. As a result, Sweden has undertaken steps to eradicate these nuisance animals. 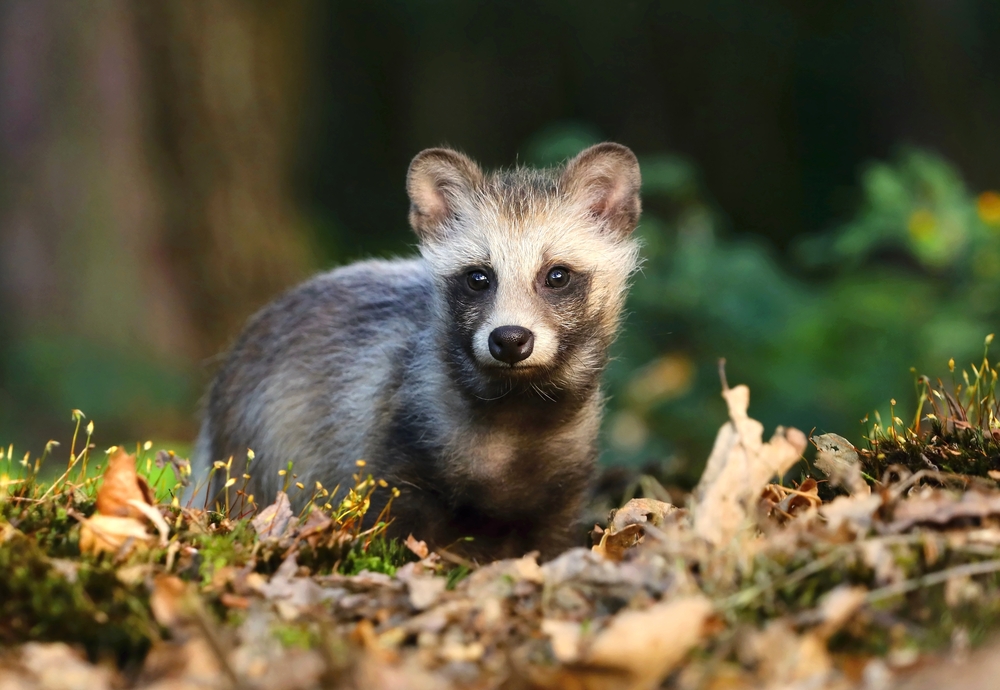 Per-Arne Ahlen, leader of this initiative, spoke about the real tanuki threat to the UK in 2016: “Both from Ireland and the UK, I’ve seen several cases where people have lost their pets, and I’m quite sure that if you have not already, I think that you will have your first feral emerging population by reproduction of escaped pets.” The risk of the tanuki to local species remains the deeper threat, one that the British news media has largely overlooked.

Previous post The Comic Book Made From the Writer's Ashes