Tasmanian Devils Get A Glow Up

You may know them for their supernatural screams, aggressive eating habits, or perhaps from the beloved "Looney Tunes" character, but did you know that Tasmanian devils glow in the dark? 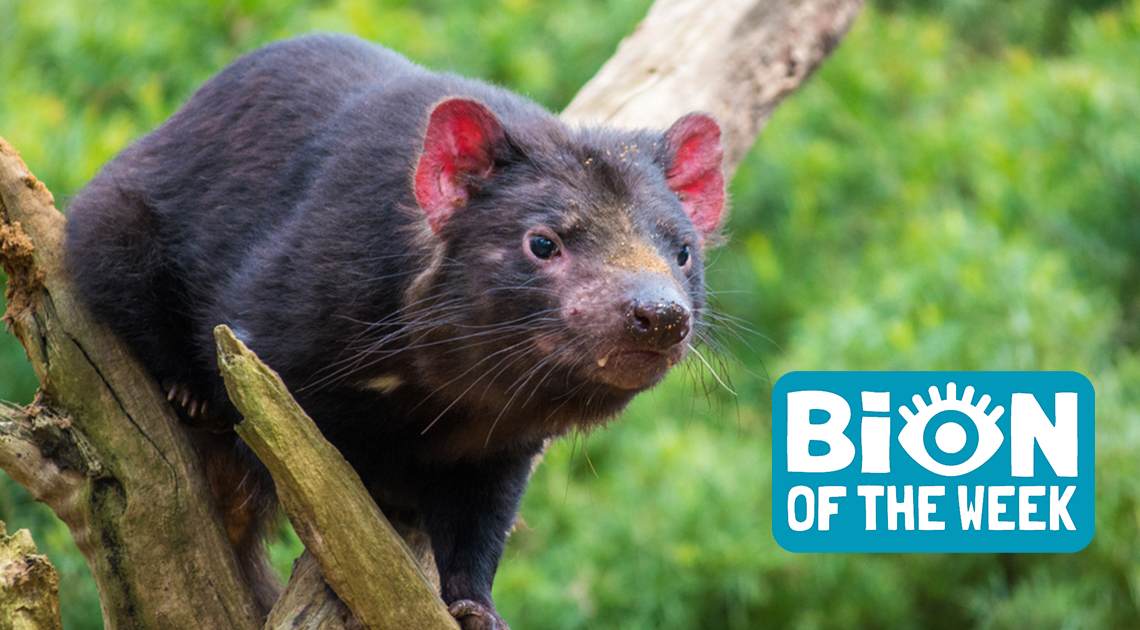 [December 7-December 13, 2020] A tumbleweed takeover, lucrative venom, and glow-in-the-dark marsupials—all round-up in this week’s weird news from Ripley’s Believe It or Not!

Town Gets Trapped by the Tumbleweeds

Forget about lone tumbleweeds of Western films past, it’s 2020, and this time they’re taking over! Residents of an Australian suburb were blown away when heavy winds carried so many tumbleweeds into town that they could not leave their houses.

The “hairy panic,” as events of this nature are known in Australia, rocked the Melbourne suburb of Hillside as tumbleweeds, measuring up to 14 feet high, rolled into their yards, blocking the windows and doors of homes belonging to residents like Claire Pigott.

Pigott and her family cleared the yard one day, only to be thwarted by 68 mph winds carrying a new batch of tumbleweeds the next. The weeds are believed to tumbled over from an unmaintained property outside of town, with residents claiming that the town refuses to help remove the mess.

It sounds like they may be stuck in the weeds for a while!

Texas Man Knocks Chicken Coop Design Out of the Park

Texas resident, and lifelong Houston Astros fan, Darren Johnson, has a hit on his hands after building a scale replica of the Astrodome for his chickens to enjoy.

The famous Astros stadium may have closed 20 years ago, but Johnson remembers it like it was yesterday and spared no detail when constructing the coop. The miniature dome features the Astros logos, retired player numbers, and a U.S. flag that makes all of his chickens feel right at home—especially considering they are all named after Astros players.

“We don’t have to tell them to get in,” said Johnson, “they get in there every night.”

It took Johnson about 100 hours to build the 1:60 scale replica, but it was time well spent for the Houston native, who hopes his creation going viral will “show my kids that I’m not the only one obsessed with a stadium that’s been closed for 20 years.”

A 25-year-old Egyptian man is making quite the name for himself after abandoning his dream of becoming an archaeologist to hunt scorpions.

Mohamed Hamdy Boshta left school several years ago to travel Egypt’s deserts, searching for scorpions that he could extract venom from to sell for medicinal use. Hunting scorpions can be a lucrative gig, considering that one gram of venom goes for $10,000 and can produce 20,000 to 50,000 doses of antivenom to be used in other medicines, including those for Rheumatoid arthritis and bone cancer. 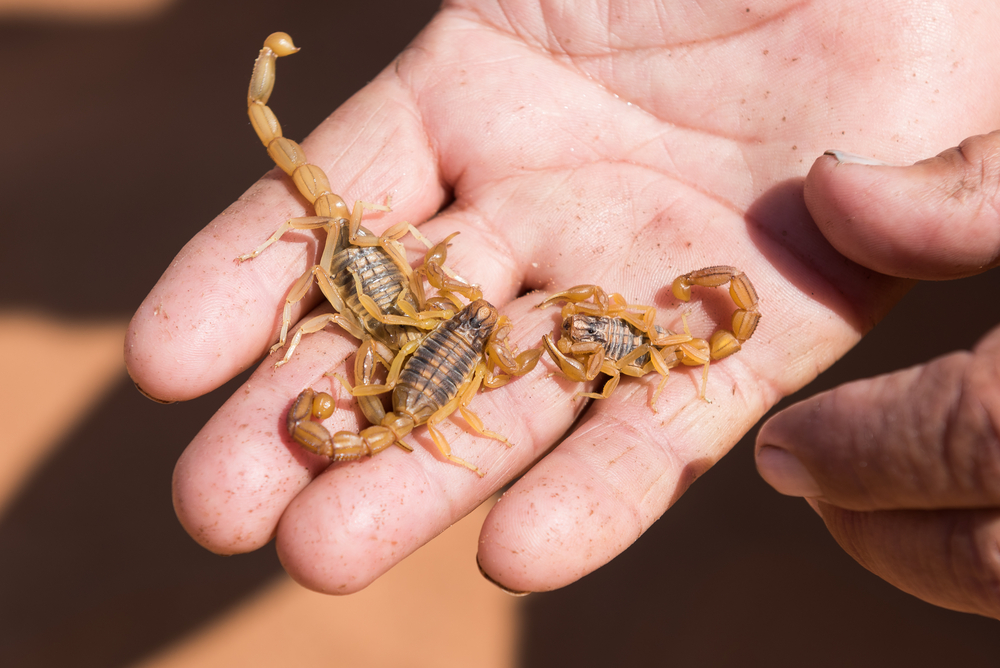 In just a few years, Boshta’s venture, called Cairo Venom Company, has grown to a small empire that includes a collection of 80,000 scorpions in addition to a variety of snakes.

A diving team looking to do some good in the world returned from the Baltic sea’s floor with a nefarious piece of history instead—a Nazi coding machine!

What began as a conservation mission to retrieve old fishing nets from the waters took a turn when divers stumbled upon what they thought was an old typewriter. Upon resurfacing, they quickly discovered it was not a typewriter, but rather an Enigma machine once used to encode Nazi military messages.

These secret-keeping typing machines were used to prevent Allies from learning German military strategies, including troop placements and attack plans. Users were able to type a real message that would then get scrambled by the machine’s rotors. The receiver would decode the message by readjusting the rotors to the correct position, causing the machine to spit out the intended text. 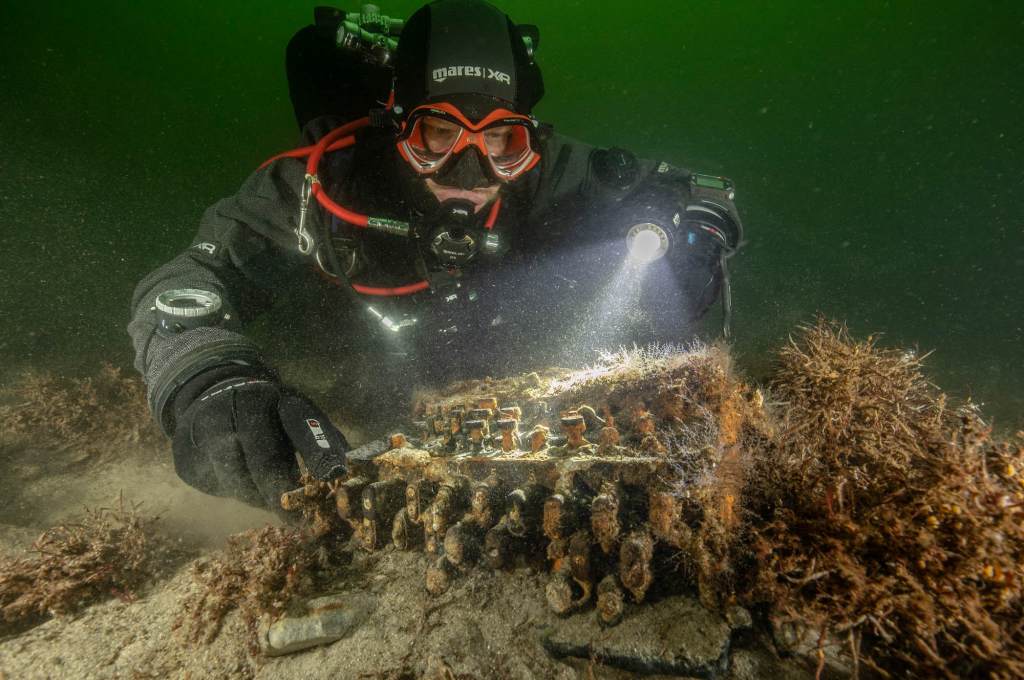 The number of rotors located in the discovered Enigma machine and its discovery in northeast Germany suggests that it was used on warships and possibly discarded into the waters toward the end of World War II.

The machine is currently in the process of a yearlong restoration at a German archaeology museum in Schleswig-Holstein.

Tasmanian Devils Get a Glow Up

You may know them for their supernatural screams, aggressive eating habits, or perhaps from the beloved “Looney Tunes” character, but did you know that Tasmanian devils glow in the dark? This week, researchers at Toledo Zoo in Ohio discovered that these surly marsupials light up like a Christmas tree when under ultraviolet light.

The Tasmanian devil’s hidden talent was brought to light when the zoo’s staff became curious about biofluorescence in the animals after ­the recent disco­very of the same phenomenon in wombats and platypuses just a few weeks ago.

When placed under a UV light, the animal absorbed the light waves, causing the skin around its snout, eyes, and inner ears to immediately emit a blue glow.

A statement posted on the Zoo’s Facebook page indicates that they believe they are the first-ever to document the phenomenon in a Tasmanian devil.

Biofluorescence is not unheard of in the animal world, most commonly occurring in deep-sea marine creatures who use the light to attract prey.

It is yet to be determined whether the interesting trait serves an ecological purpose in Tasmanian devils or if they are simply blessed with natural selfie lighting.