Sure, it’s probably just as easy — maybe even easier — to make the pizza yourself, but simplicity is far from why this father-son duo builds the things they do. 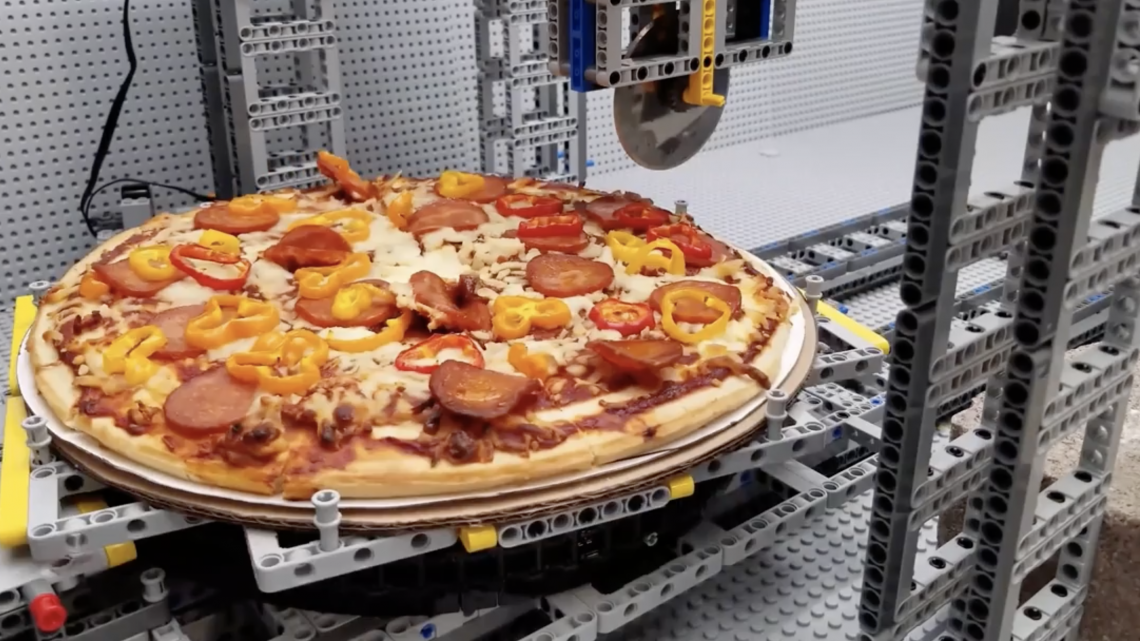 What if you could have a pizza factory in your own home? Well, for those who live for the cheese, sauce, and bread combo, there might just be a way to do it!

Father-son duo, Iouri and Michael Petoukhov, better known as The Brick Wall on YouTube, combined their passion for pizza and love for LEGO to create a plastic, pizza-making machine of our dreams! The pair has created many iconic LEGO contraptions on YouTube, including an Edible Car Factory, a Tapas Factory, and a mini Lawn Mower. And yes, they are all functional!

The pizza-making machine was created to celebrate The Brick Wall’s 5-year YouTube anniversary. It’s made from mostly LEGO Technic pieces, which are intended for more complicated builds than regular LEGO can achieve.

What does it do?

The crust is pushed through the machine, while sauce, cheese, and toppings are dropped on top. The only part that must be completed by a human is transferring it to the oven. Once baked and crisp, the pizza is placed back on the conveyer belt, where the machine cuts it into easy-to-eat slices. 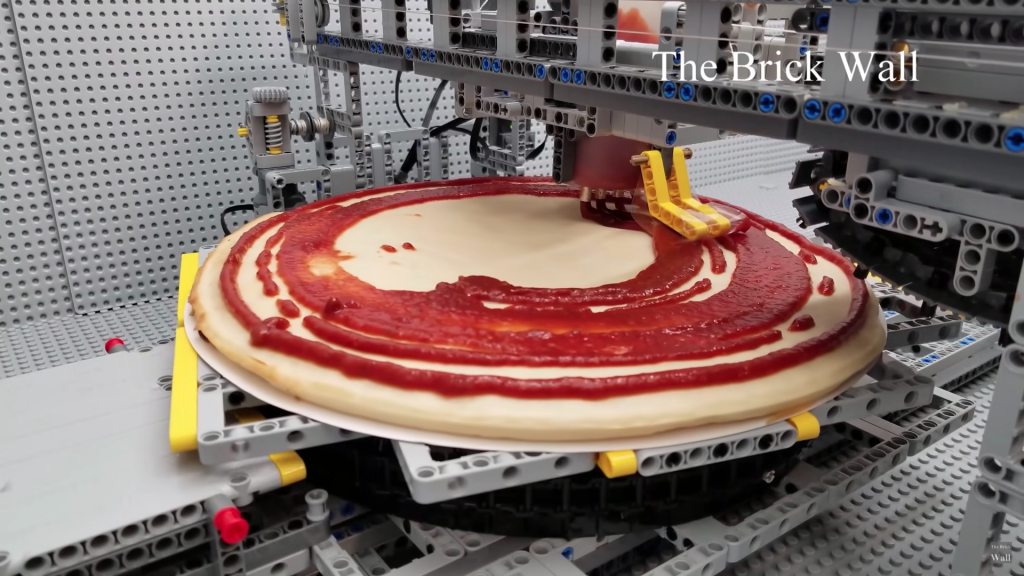 The sauce is evenly spread thanks to a clever attachment. Credit: The Brick Wall.

It’s also built to be totally customizable. Open compartments are available for the cheese and toppings, as well as a container for your sauce of choice. So, whether you’re going the classic route with some pepperoni or you’re looking to get creative with some more outlandish toppings, this LEGO pizza factory seriously does it all (except the baking part, but that can be a future project for The Brick Wall).

Sure, it’s probably just as easy — maybe even easier — to make the pizza yourself, but simplicity is far from why Iouri and Michael build the things they do. As they state in the video’s caption, “Making pizza is an art and love… making pizza with LEGO it is fun and satisfaction.” It’s all about the challenge and having a good time.

LEGO has offered a number of official pizza-themed kits, including this Pizza Van, Pizza Stand, and Pizzeria. But sadly, none of those make anything you can actually eat. Maybe one day we’ll see LEGO partner with the Petoukhovs, and we can all have our own in-home pizza factories! A pizza lover can dream, right?

Next post The Man-Made Jungle Paradise Located In An Airport