Its incredible rarity and exotic nature soon elevated it far beyond the rank of a mere foodstuff. It became a symbol of status. 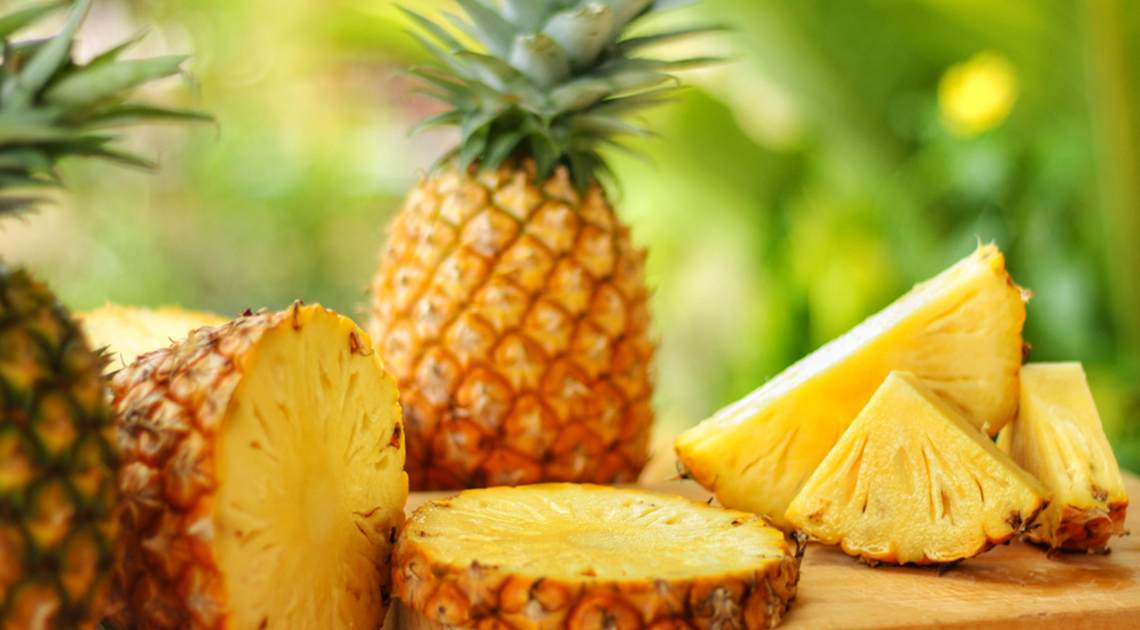 The pineapple is in the running for the quirkiest-looking fruit around, and it can certainly be tricky to prepare. It’s worth the effort of penetrating that armored shell, though: pineapple is rich in fiber, vitamin C, and manganese, and boasts a sharp taste with a real kick. While enjoying it, though, try not to think about the fact that it’s actually digesting you, too!

Today, pineapples can be found quite easily at the average store or market – just your typical grocery item. However, this wasn’t always the case. There was once a time when people had to get in line for the tasty treat and take out a rental to have it in their possession! 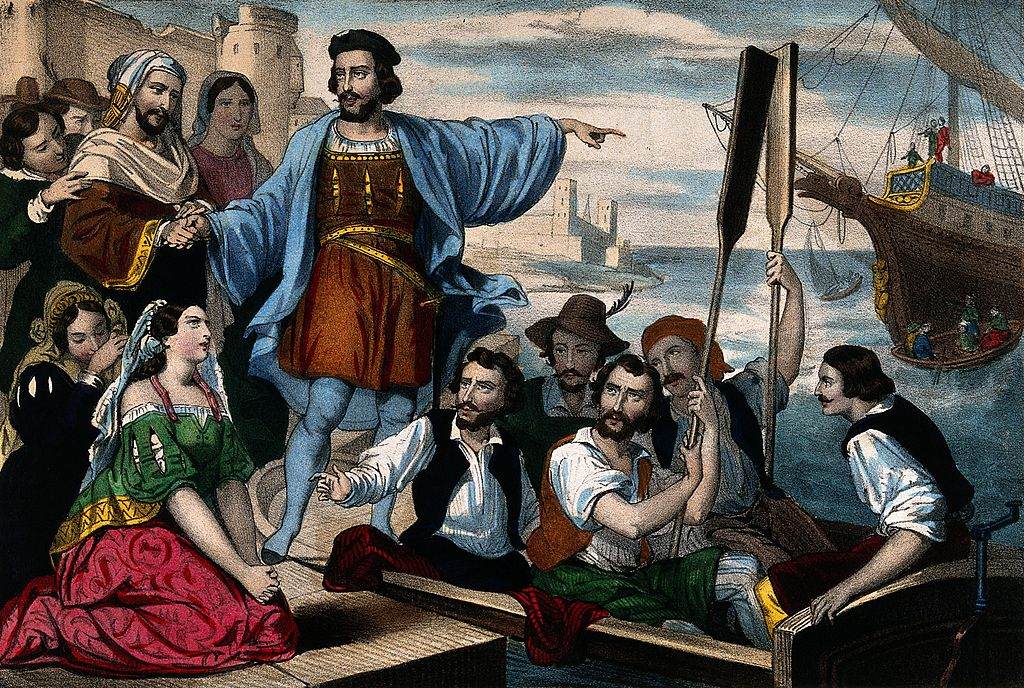 Christopher Columbus, it seems, brought the first pineapples to Europe (Spain, specifically), having found this delicacy in the Caribbean, in Guadeloupe, in the early 1490s. It became the talk of the continent, and its incredible rarity and exotic nature soon elevated it far beyond the rank of a mere foodstuff. It became a symbol of status.

Brits, too, were desperate to get in on the spiny-fruit action. The pineapple reportedly made it to British shores in the 1600s, and, like any scarce commodity, it attracted extravagant prices. One pineapple would have cost around $8,000 in today’s standard!

This hefty price tag meant that Stuart England and the British Isles had little hope of ever buying a pineapple of their very own. They were essentially fascinating curios, like something to be enthusiastically ogled in a museum. Astonishing as it is, this isn’t far from the way that the prickly fruit was treated.

One of The Quirkiest Accessories of All Time

Few people in Britain, if anybody at all, could afford to purchase pineapples as part of their everyday fruit-eating routine. Even if they could, the precious commodity was far too important to even consider wasting in such a fashion. The people were proud to parade their social status, or otherwise imitate those with the wealth to do so. The result of this was a tremendous rise in “status” pineapples and pineapple leasing.

Those who couldn’t afford this fruity luxury could rent them, instead! They became the ultimate talking point at a private function where guests needed to be impressed. It was all about keeping up with the Joneses, and if the Joneses happened to have a pineapple, you had to have one too — at least temporarily.

While wealth-flaunting and status-chasing had been all too common, there were some pineapple lovers who had no need to pretend. King Charles II was a huge fan of the exotic foodstuff. He reportedly had a portrait made of himself which depicts John Rose, the royal gardener, handing the stately king a pineapple with a look of reverence on his face. Reverence for the king, or for the king’s pineapple? Surely, both.

Later in the 1700s, pineapples were featured in literature and the arts. Sanditon, a novel that the much-acclaimed Jane Austen didn’t finish, featured a lavish meal hosted by a socialite named Lady Denham. There, among the finery and upper-class cuisine, was a pineapple, just as it would have appeared at real occasions of such grandeur at the time.

There was more to the great pineapple enthusiasm than simply renting them or displaying them proudly – until they became too rotten to do so. In Britain’s cold and rainy climate, it was a tremendous task to grow the fruit itself, but people did manage!

The Rise Of “Pineries” In England

King Charles II’s famous pineapple, in fact, was said to be the first grown on English soil, though how much of a cheat to impress the king this was (or wasn’t) remains unknown. What is for certain, however, is that native pineapples did become a reality.

Pineries, as they came to be known, were created at Hampton Court for William of Orange in the late 1680s. Basically greenhouses, their glass construction allowed for sufficient light and warmth needed in the less-than-tropical European climate. 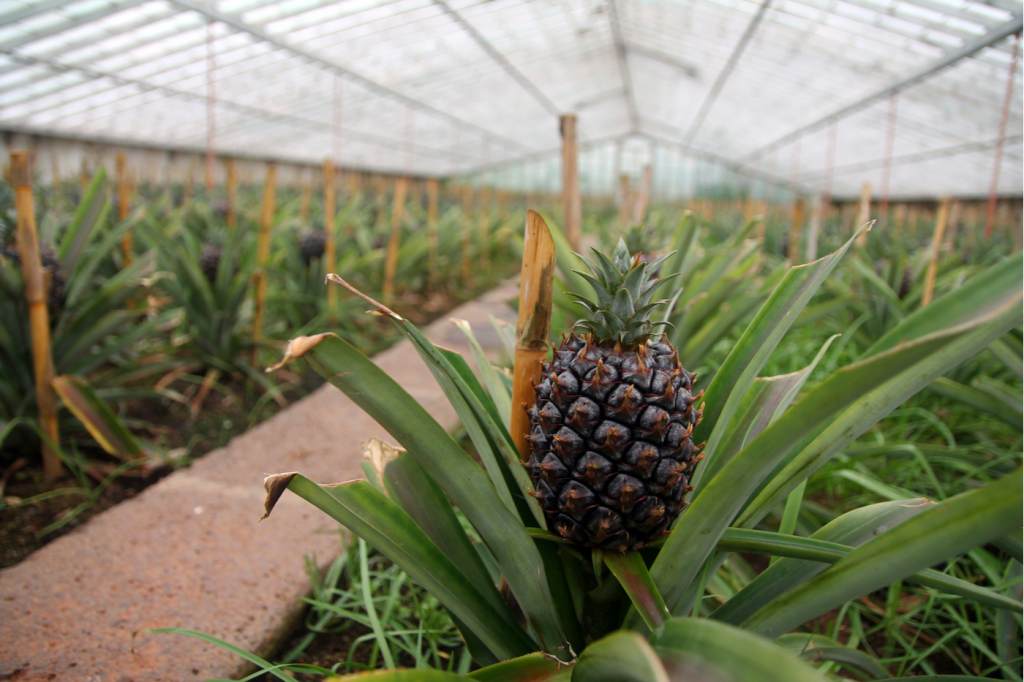 Nonetheless, it was a painstaking process. Three years are needed for a pineapple to flower, and yields are very low. All of this, naturally, only made the precious plant more valuable, and its fruit more expensive. By the time of Victorian Britain, prices were somewhat more manageable for pineapple growers, but the practice was still very expensive.

Today, pineapples are eaten regularly around the world. In colder climates, they are often considered exotic or tropical, but certainly not to the extent that they used to be!