When Mount Vesuvius erupted without warning in AD 79, it showered scorching rock and ash onto the ancient Roman cities of Pompeii and Herculaneum, transforming them—and their former occupants—forever. 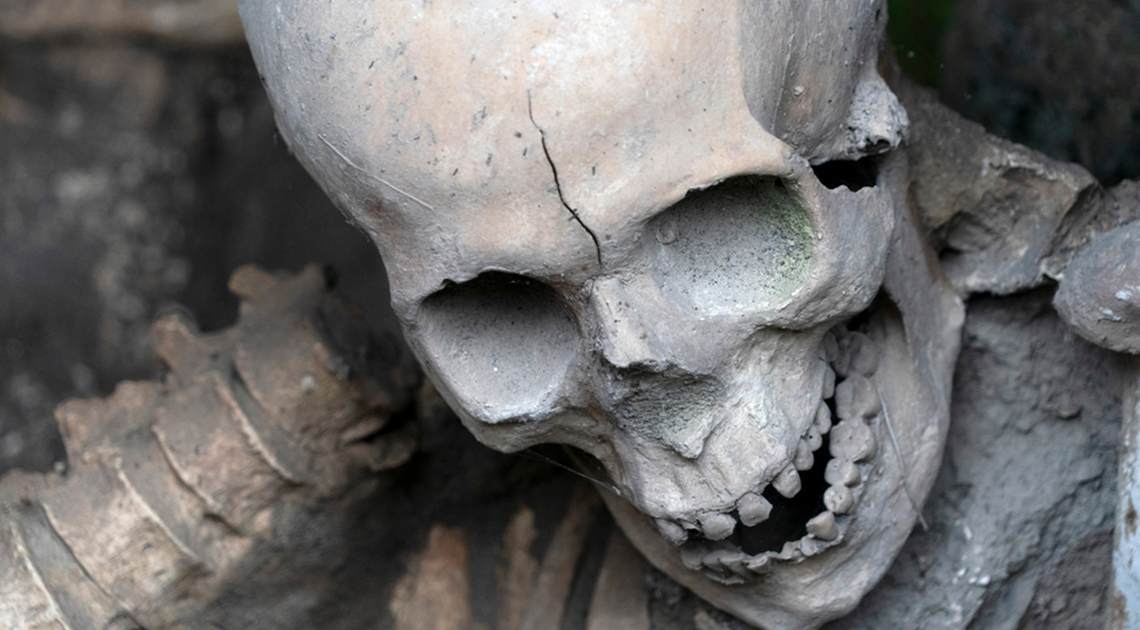 The stress of 2020 and its aftermath have led many to complain their brains have “turned to mush,” according to The Guardian. But a new archaeological find dating to AD 79 has demonstrated that next-level stress—say, a pyroclastic blast from a volcano—can literally vitrify your gray matter! At least, that’s what happened to one poor Roman man. This discovery is making waves in the archaeological community and with good reason. Many have never seen anything quite like it.

Although researchers came across the man’s final resting place in the 1960s, his remains didn’t undergo close scrutiny until 2018. That’s when Pier Paolo Petrone and his team first identified the shiny, obsidian-like stone poking from the victim’s fractured body, per Smithsonian. Brain matter turned to glass! 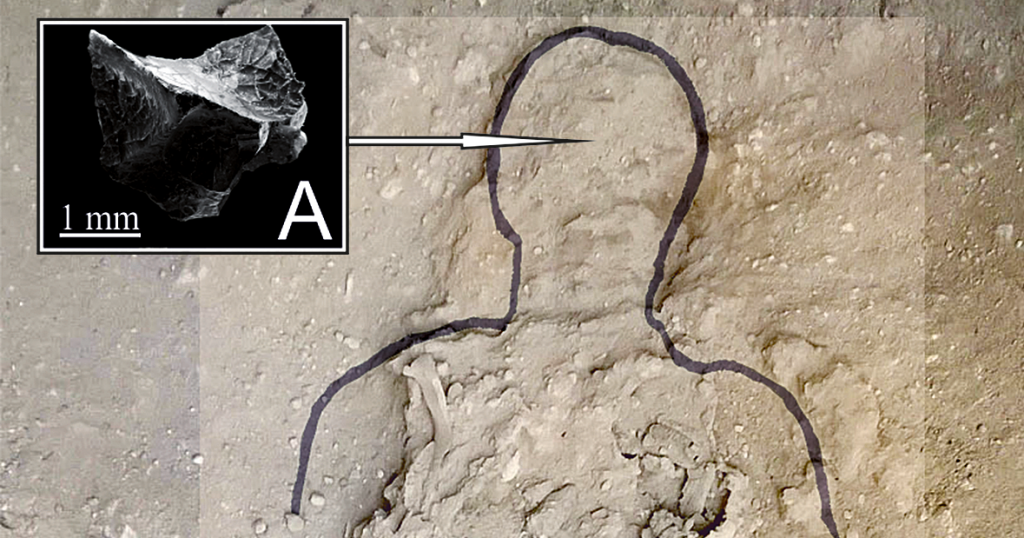 Where the obsidian glass was found. Credit: Petrone et al./PLOS One

But how in the world could a human’s brain become stone, remaining preserved for two millennia? Here’s what we know about this stunning find.

A Tale of Two Volcano-Ravaged Cities

When Mount Vesuvius erupted without warning in AD 79, it showered scorching rock and ash onto ancient Roman cities, including Pompeii and Herculaneum, killing approximately 16,000 people, according to History. Pompeii remains, by far, the more famous of these two archaeological sites. Rediscovered in the 16th-century, the first excavation of the city began in 1748 under Charles III of Bourbon, King of Naples.

Without a well-organized plan, the work progressed sporadically. And enhancing the prestige of the king ultimately proved more important than furthering scientific inquiry. Nevertheless, Pompeii gained international renown, and it remains one of the most visited destinations in Italy. But ironically, Herculaneum, Pompeii’s neighbor to the south, is better preserved.

Why? For starters, Herculaneum marked a wealthier city with superior infrastructure. What’s more, how the volcanic blast destroyed the metropolis and the conditions on the ground also played vital roles in its ultimate conservation.

Life, Death, and Preservation in Herculaneum

The ash of the blast blew in a southerly direction, providing precious moments for some residents to flee since Herculaneum sat downwind of the explosion. Increased humidity in the ground at Herculaneum created optimal conditions for preservation. According to Culture Trip, “when the city was buried in ash, the sediment created a compact tufa rock layer about 50 feet deep, keeping much of the city intact and free from future looting. Incredibly, wooden homes, clothes, and even food were carbonized and preserved to this day, giving an unparalleled glimpse into daily life in the ancient world.”

But not everyone in Herculaneum proved so lucky. We know, for example, that hundreds of residents fled to boathouses on the waterfront to escape the explosion. These unlucky individuals died in the volcano’s pyroclastic surge, enveloped by “clouds of rock, volcanic gas, and ash that “move[d] at hurricane velocities… [at] temperatures of several hundred degrees Celsius” (via the USGS). The scene proved grisly, and scientists still debate how long it took for the victims to suffocate or cook to death trapped in the boat houses’ increasingly oven-like conditions. As reported by Smithsonian, the immense heat meant their skulls eventually exploded, and the blood boiled in their veins. 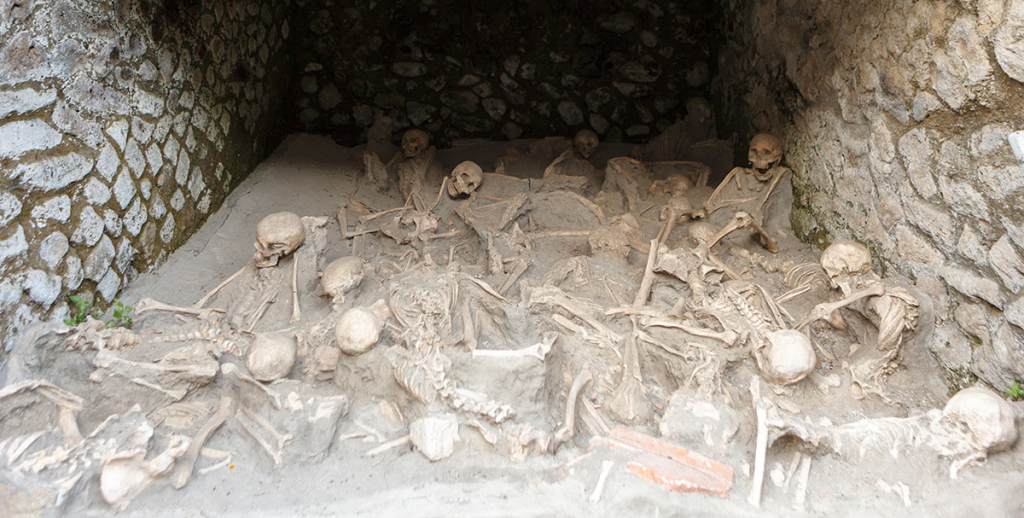 The Man With Glass Brains

But the man with glass brains didn’t die at the waterfront. Instead, scientists found his body in the city along with a handful of other individuals. What do scientists know about him? Roughly 25 years old, he died lying facedown atop a wooden bed, perhaps in his sleep. Researchers hypothesize he worked at Herculaneum’s College of Augustales, an imperial cult to Caesar Augustus, as a guard.

But how did the man’s central nervous system transform into shimmering black stone, with the telltale tubular and spherical structures of brain cells still visible using electron microscopy? While an unprecedented find, Petrone and his team have a hypothesis: “Extreme radiant heat was able to ignite body fat and vaporize soft tissues; a rapid drop in temperature followed.” The rest is history.