Hailed The Strangest House in the World: The Palace of Depression

Claiming to be guided by an angel, a mustachioed and eccentric former-Alaskan gold miner spent $4 on a four-acre junkyard, situated on swampland. 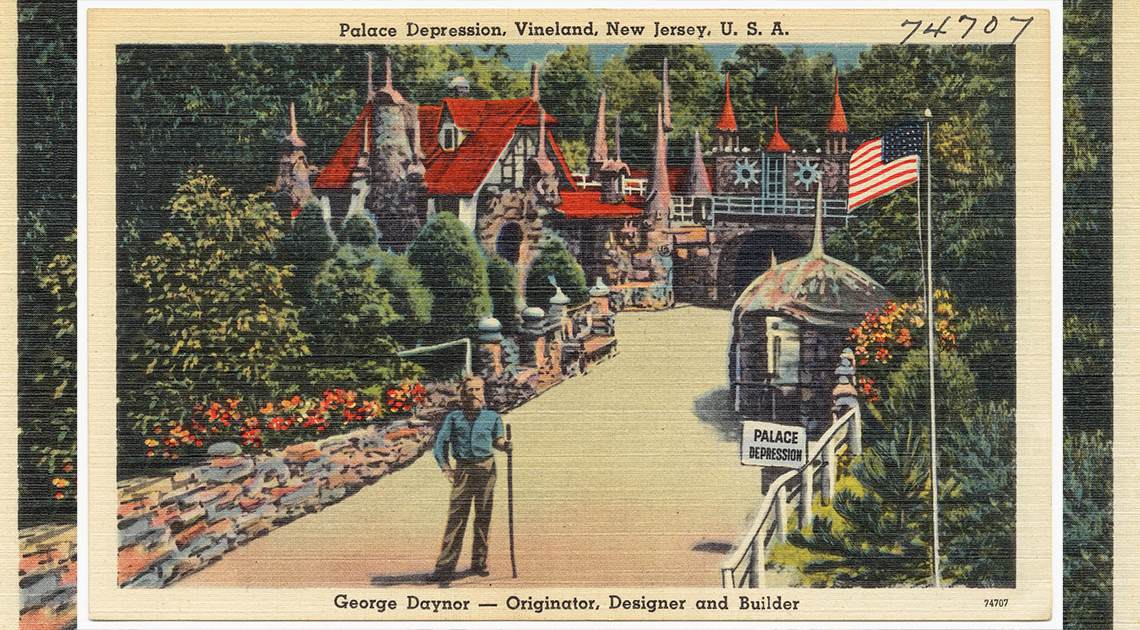 A New Jersey home built from trash and mud was once hailed as the strangest house in the world and one man’s testament to human resilience. Shortly after losing his fortune due to the Wall Street Crash of 1929, 70-year-old George Daynor set out on a 10-day, 112-mile trek to South Jersey. Claiming to be guided by an angel, the mustachioed and eccentric former-Alaskan gold miner spent $4 on a four-acre junkyard, situated on swampland.

Shortly after his odyssey, Daynor’s angel reappeared in another dream, encouraging him to construct a palace from bottles, bedframes, mud, and trash. For the next three years, Daynor tirelessly worked on his junk palace. He survived off of the land, eating frogs, fish, and squirrels, and he lived in an old truck body while building his home.

Once finished, Daynor described his palace as, “The greatest piece of originality ever brought about in the history of Man.” The building was his odd way of symbolizing that the Great Depression wasn’t impossible to overcome. In fact, Daynor stated that the only real depression was “a depression of individual ingenuity.” 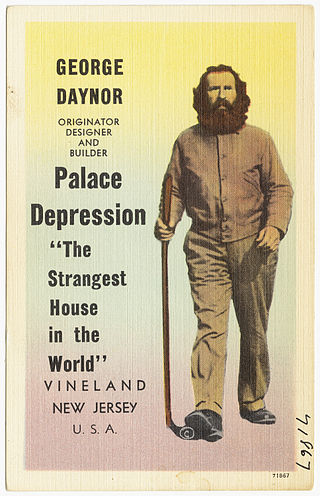 Daynor’s fairytale structure boasted spires, gables, and minarets. It even featured a huge outdoor fireplace, and the one-of-a-kind “Knockout Room,” where visitors could forget their troubles by having a bowling ball dropped on their heads.

After the Palace of Depression was completed, Daynor opened up to the public. He charged 25 cents per tour, drawing, by some accounts, upwards of 500,000 guests. Dubbing himself as “the most photographed man in the world,” Daynor’s palace of junk was featured on postcards, roadmaps, and even the 1950s TV show “You Asked for It.” 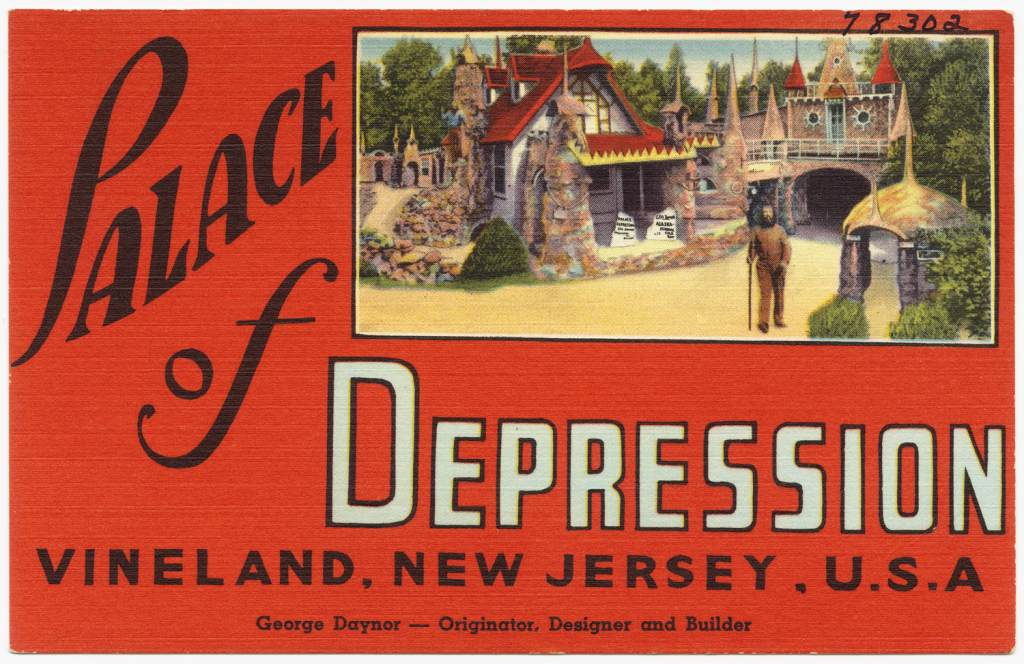 Daynor lived for publicity. With his flowing hair and love of lipstick, he was embraced by many as an eccentric artist. Others, however, just thought he was insane.

The End of an Odd Era

Once public attention started to wane, Daynor became desperate for more publicity. This penchant for attention was his undoing.

In 1956, following the abduction of a one-month-old infant from New York, Daynor claimed that the kidnappers had visited his palace. The FBI combed the area for two weeks before realizing the story was all a hoax.

Charged with lying to the FBI, Daynor was imprisoned for over a year. During his time in jail, local residents vandalized and destroyed his beloved Palace of Depression, leaving it in shambles.

Daynor tried to save the crumbling structure. However, he passed away penniless before any real renovations were made. With no money and no known relatives, Daynor was buried in a remote field, the city of Vineland paying for his headstone.

Visiting The Palace of Depression

Nearly 50 years after its demise, a volunteer-led restoration project of the Palace of Depression was underway. Today, the house of junk stands tall once again, welcoming new and curious guests into her open doors.

Next post Sea Cucumbers Save Ecosystems With Plentiful Poops

Previous post The Curious Case Of The Missing Color Blue