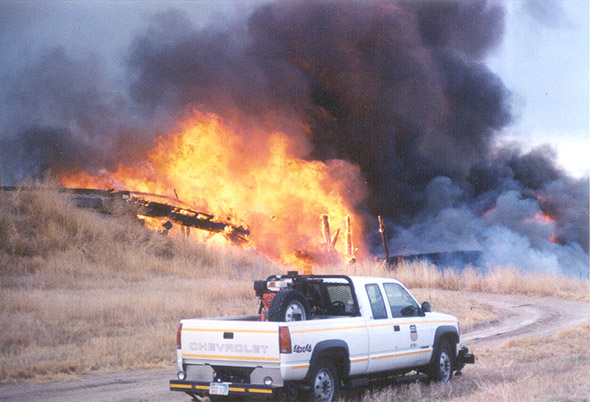 The fire started when a wheel bearing overheated and started to melt causing molten metal to fall onto the railroad tracks! 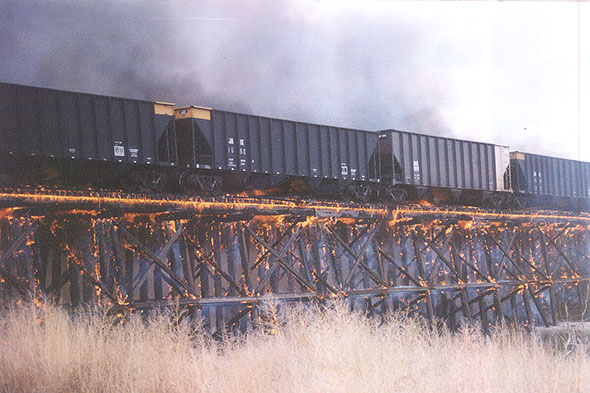 The train which left from Denver and was on route to Chicago was stopped as soon as smoke was noticed but the wooden bridge had already caught fire. 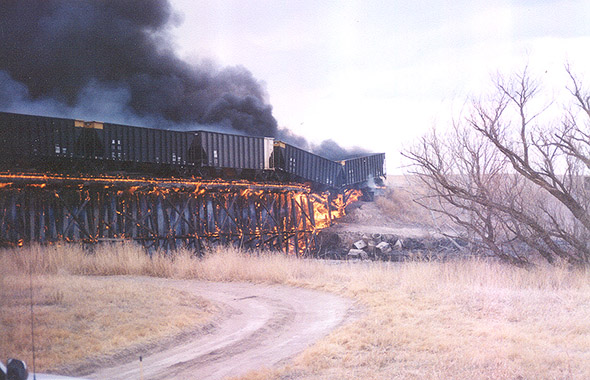 $2 Million worth of damages were incurred by the accident but thanks to the quick unhooking and separating of the rest of the train by the vigilant crew, much more was saved than lost! 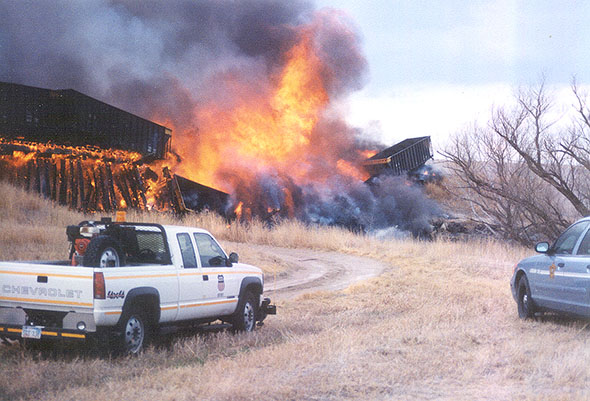 Six train cars totalling 280,000 pounds crashed into the creek below as a result of the bridge collapsing 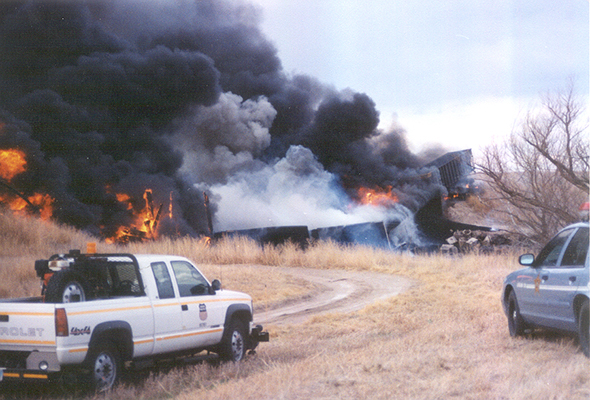 Do you Dare to Look!?

Read and see more about other extraordinary stories, crazy photos and unbelievable facts in our weirdest and best selling annual yet!  Dare To Look!