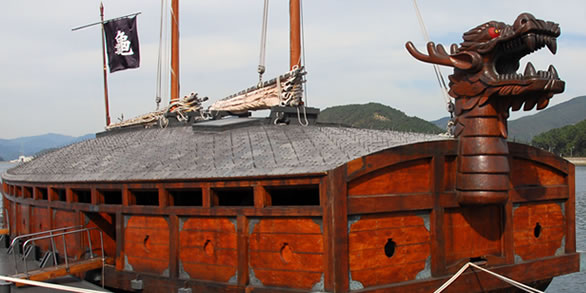 The First Ironclad Warship Ever Built 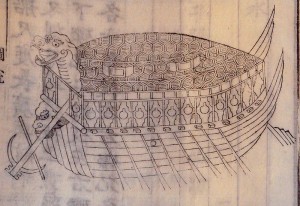 Invented in 1591 by Li Soon Sin, the Turtle ship, also known as Geobukseon or Kobukson, was a type of large warship belonging to the Panokseon class in Korea.

It was used intermittently by the Royal Korean Navy during the Joseon Dynasty from the early 15th century up until the 19th century. 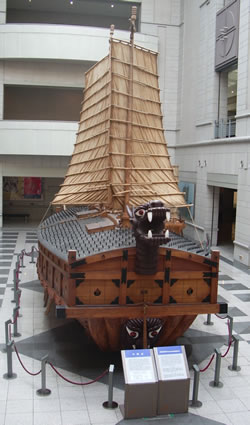 These turtle ships were equipped with at least five different types of cannon. Their most distinguishable feature was a dragon-shaped head at the bow (front) that could launch cannon fire or flames from the mouth.

Each was also equipped with a fully covered deck to deflect arrow fire, musket-shots, and incendiary weapons. The deck was covered with iron spikes to discourage enemy men from attempting to board the ship. 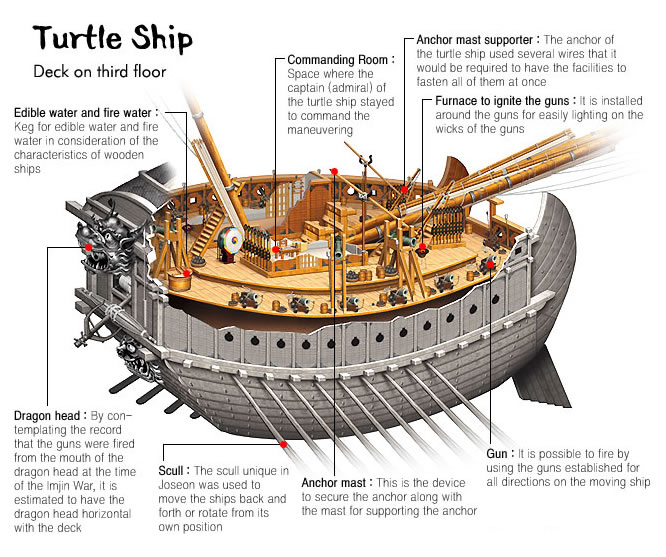