We Will Miss You Toughie, the Last Fringe-Limbed Tree Frog

Prior to finding him, scientists didn’t even know the Rabbs' fringe-limbed tree frog was a thing. 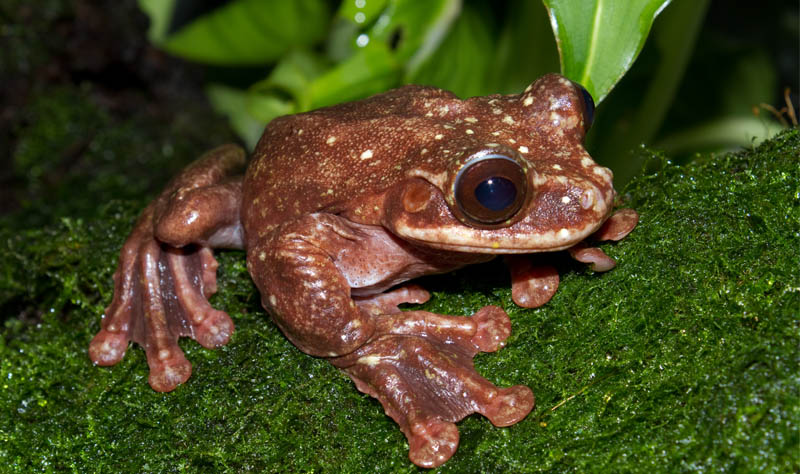 He was discovered only ten years ago.  Sadly, the death of Toughie, the last known Rabbs’ fringe-limbed tree frog, sends another species into those hallowed ranks.

A number of animals have gone extinct in just the last couple centuries, and even more are critically endangered and may not last long without help.

The finding of Toughie marked the discovery of an entire species. He was found in Panama when an expedition went there in an attempt to save as many animals as possible from an invasive and deadly fungus. Before finding him, scientists didn’t even know the Rabbs’ fringe-limbed tree frog existed.

He was transferred to the Atlanta Botanical Garden where he lived a comfortable, and highly popular life, though a quiet one. For many years, Toughie didn’t make a single sound – until one day when he thought he was alone.

Luckily, he wasn’t. Mark Mandica, who worked with Toughie for seven years, was able to get a rare recording of the frog’s croak.

Sadly, Toughie died last month in the comfort of the place he called home since 2005. His passing marks the end of an entire species of tree frog we didn’t even know existed until his discovery.