Twiggy, the waterskiing squirrel, is taking the world by storm, one wave at a time!

Twiggy first stole our hearts when we featured her waterskiing squirrel act in Ripley’s Planet Eccentric in 2005. We decided to catch up with Twiggy for our new book, Unlock the Weird! 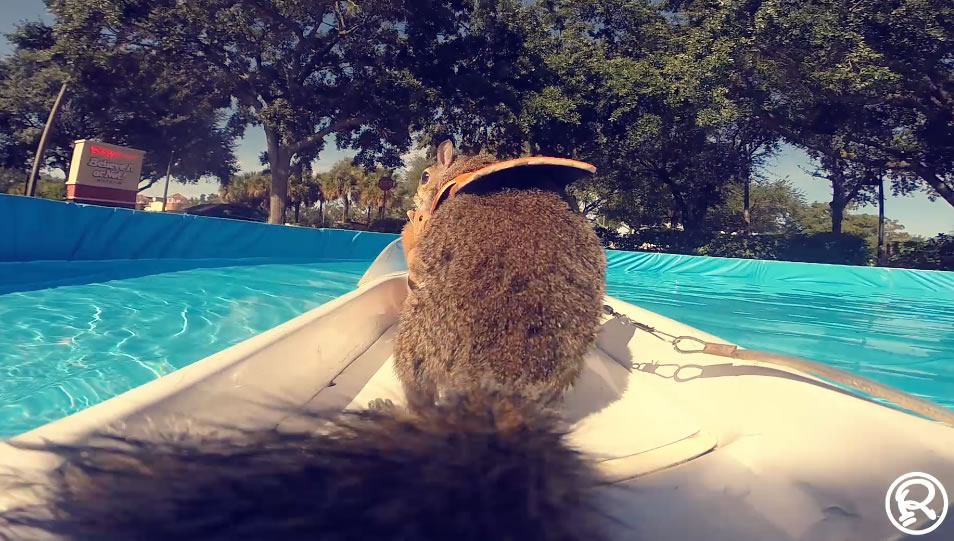 Since 2005 she has been riding waves and starring in shows all over the world, including the US, Canada, Bermuda, Paris, France, and Germany.

Twiggy was adopted by Lou Ann and Chuck Best when the baby squirrel was rescued after a hurricane.  She quickly became part of the family. When her daughter got a remote controlled boat for her birthday, the running joke was it was more of a present for Chuck because he used it more.

Chuck joked back they bought the boat to teach the squirrel to waterski. Making good on his joke, they started training Twiggy – and it worked!

How Do You Teach A Squirrel To Waterski?

When we asked Lou Ann how do you teach a squirrel to waterski, she said:

It’s kind of like training a husband. You have to give him lots of love and affection and tell him the same thing over and over again.

Get more of Twiggy, including show dates on her website twiggyslagoon.com. 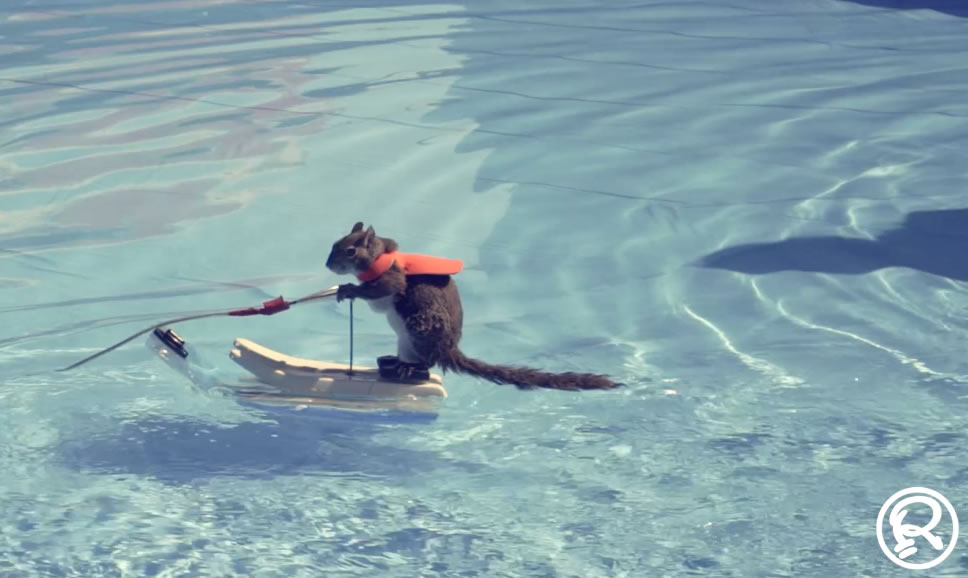