These scrap metal creatures traveled all the way from Kenya to join our collection. They are life-size and...meaty? Let your curiosity run wild with “lake cow bacon” and other cooked up creatures.

Until today, we’ve kept it low key. Cracking open a crate with power tools or wielding a box cutter on a 9-foot-tall box seemed like a terrible idea for someone as clumsy as I am. Simple, small, boxes like last week’s hair wreath kept me safe, with all my digits intact. Well, in this episode we’ve thrown caution to the wind (not really) and present to you our largest unboxing yet!

These scrap metal creatures, a hippopotamus and water buffalo, traveled all the way from Kenya, Africa to join our collection—which also includes a giraffe, a gorilla and a baby elephant. Shipped in one solid piece, they are truly life-size and skillfully crafted with phenomenal detail!

Around 1910 the United States was dealing with a very serious meat shortage. The logical solution according to Congress? Farm raise hippos in the bayous of Louisiana.

This idea sounds absurd, but biologist Patricio von Hildebrand has the same idea in mind for Colombian kingpin Pablo Escobar’s herd of herbivores.

When Escobar was shot in 1993, he left beind his lavish estate, Hacienda Nápoles—home to a menagerie of animals, including a herd of hippos he had purchased from the San Diego Zoo in 1981. Breaking free of Hacienda Nápoles’ fences, it is estimated that somewhere between 50 and 60 hippos now inhabit Colombia. 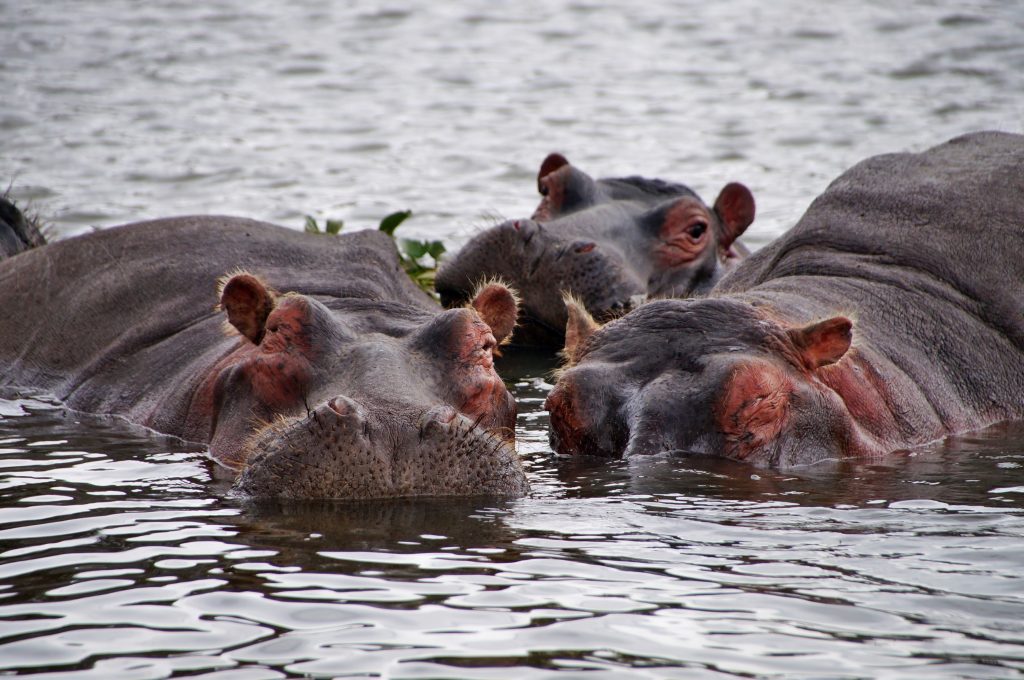 Believe It or Not! hippopotomonstrosesquipedaliophobia is the fear of long words!

Hippos sleep underwater and surface for air without even waking up.

Hippos are unusually quick for their size. Hippos can run up to 25 miles per hour over short distances. To put that into perspective, Jamaican sprinter Usain Bolt clocked in at nearly the same speed in the 100-meter sprint during the Olympics.

A common myth about hippos is that they sweat blood. That would be totally metal, but they don’t even have true sweat glands. Because of this, they secrete a thick, red, oily substance that creates a layer of mucus to protect their skin from the sun.

Inching toward the barbecue, Hildebrand says hippos taste like pork, but what about other off-menu animals?

Elephant – While exploring Mozambique in 1864, Scottish missionary David Livingstone was served elephant feet for breakfast, stating, “it is a whitish mass, slightly gelatinous, and sweet like marrow.”

Giraffe – Chef Hugh Fearnly-Whittingstall claims “the meat has a natural sweetness that may not be to everybody’s taste.

“If it’s possible to imagine a piece of beef, odiferous cod fish, and a canvas-backed duck roasted together in a pot, with blood and cod-liver oil for sauce, the illustration would be complete.”

Galapagos Tortoise – Charles Darwin reported that “young tortoises make excellent soup, but otherwise the meat to my taste is indifferent.” 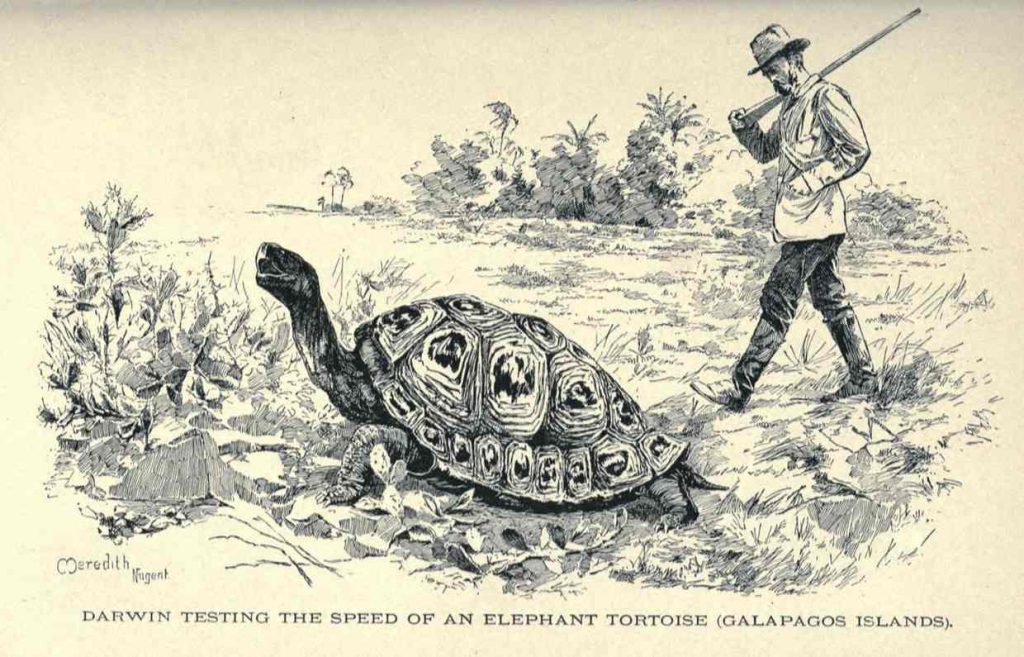 In the Galapagos, Darwin dined on a few giant tortoises, but at least two survived the voyage back to England. Recorded as “Mine from James” in his logs, Darwin collected somewhat of a pet during his stay on Santiago (formerly James Island).

Next post Rabbits Eat Their Own Poop, but it's Normal