Believe it or not, in its heyday, Khon actors were muzzled when performing in order to not even utter a sound!

Last week’s episode was monolithic and even hinted at an alien race. Today, we are coming back down to earth and entering into the Ripley archives! 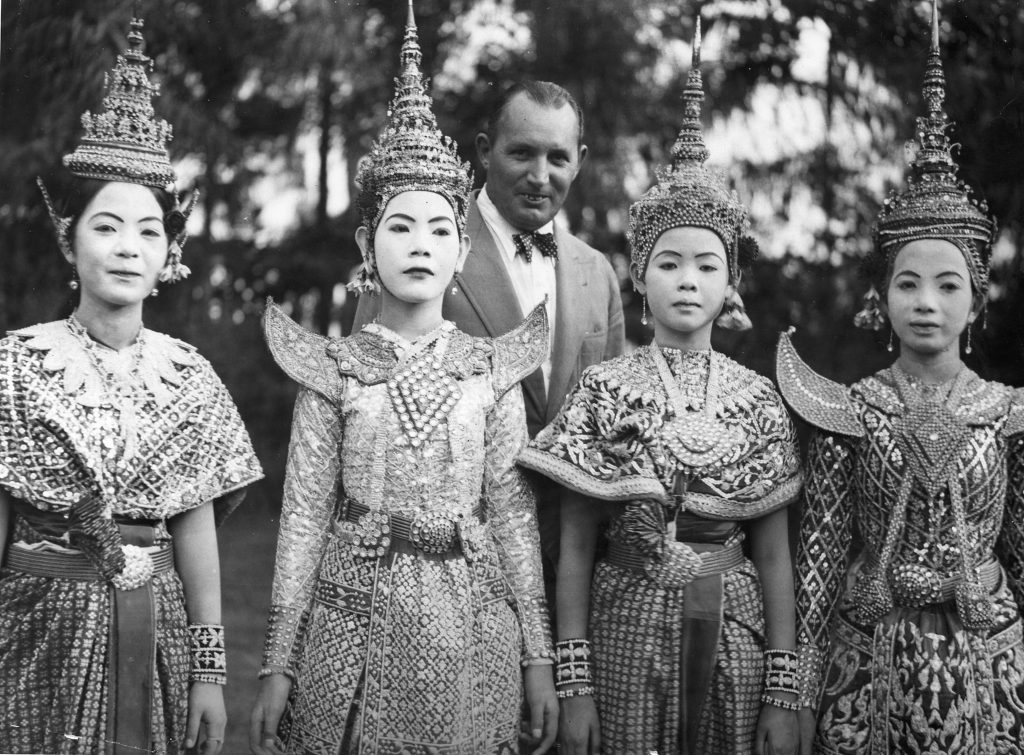 Robert Ripley’s passion was travel, and by 1940, he had visited over 200 countries! On one of his relentless quests for odd people, places, and things, in 1932, he became enamored with Thai theater and he purchased the masks in today’s unboxing.

This trip to Thailand was very well documented. In his journal, Ripley wrote that he “watched the fighting Siamese fish, and then the Siamese dancers.”

On Kohn theater, Ripley wrote, “the dancers of Siam, and all the other places in this part of the world, look marvelous…their costumes were the most magnificent I have ever seen.”

Believe it or not, in its heyday, Khon actors were muzzled when performing in order to not even utter a sound!

Khon is a genre of dance drama that was traditionally performed solely by masked men in the royal court. The performance was founded in the Ayutthaya era (1350 – 1767) in Thai history and presents a story that explains virtue always wins over evil.

In performance, actors dance and pantomime along with the chanted narrative of a storyteller, chorus and orchestra. As Ripley noted in his journal, the costumes are very elaborate, including decorated headdresses and full-head masks, which is the most distinctive characteristic of this performance.

There are four types of characters or masks: males, females, demons, and monkeys

Because of these limited characters, each masks is given a unique characteristic in order for the audience to be able to distinguish which character is which.

This may seem confusing, but characters with similar masks and costumes never really appear on stage at the same time. Plus, the details that differentiate each character is what makes these masks so unique.

Next post Yulia Brodskaya Takes Quilling to a New Level