It can still play Tetris.

This original Game Boy was hit by a barracks bombing during the first Gulf War, and it still works just fine!

As you’ll often hear people complaining these days, they just don’t make things like they used to. Our cell phones, iPods, Kindles, and tablets aren’t really built to last. Manufacturers just want us to make it to the next upgrade, but things were different back in the day, though.

Gamers like to joke that Nintendo 64 cartridges could shrug off a hit from a ballistic missile, but the Game Boy? That was a real powerhouse portable. Not in terms of tech specs, but you could probably bring down an elk if you threw it right. Believe it or not, there is one Game Boy that emerged from a Gulf War attack unscathed (well, ‘unscathed’ may be a little generous). 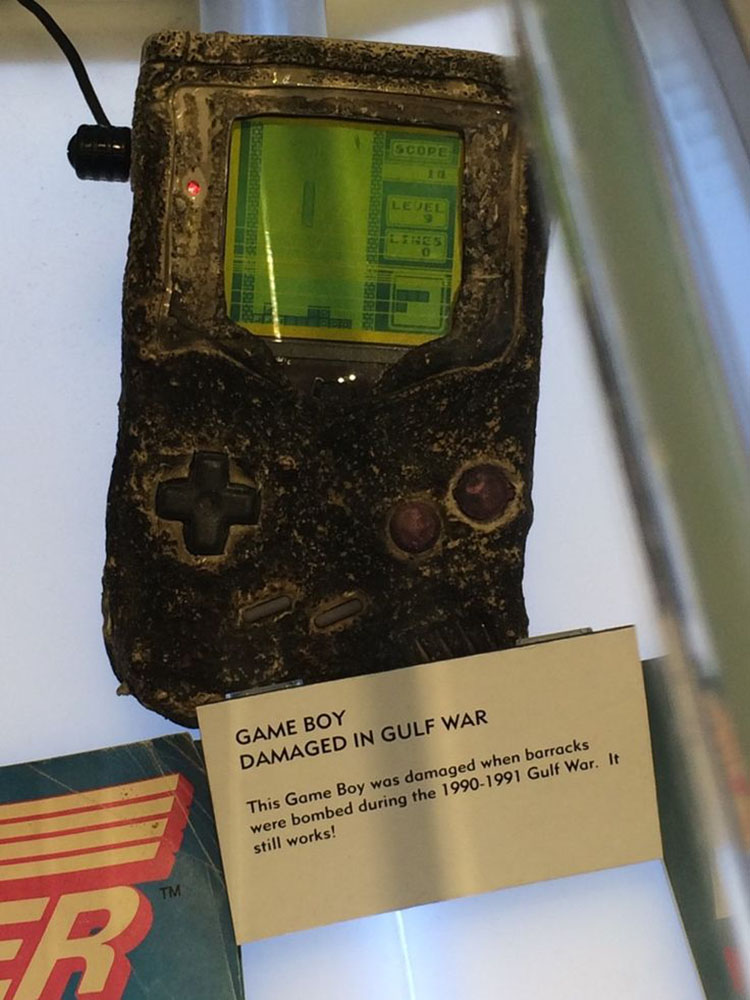 The Gulf War was a conflict that took place between August of 1990 and February 1991, between Iraq and a coalition led by the United States. The US joined forces with the United Kingdom, Bangladesh, Egypt, Saudi Arabi, and Italy in response to Iraq’s invasion of Kuwait. The conflict was controversial, costly and highly televised, but in the midst of it all, a humble little Game Boy failed to make the news.

Over a decade later, the plucky handheld rose to stardom when it was recovered and its war story revealed. The Nintendo system was damaged during a heavy bombing of the soldiers’ barracks but was found still functioning! Clearly, the poor thing’s seen better days, and could probably do with a month-long vacation and a couple of years’ sleep, but this is incredible!

The remarkably resilient Game Boy now resides at the Nintendo New York store in Manhattan. This Rockefeller Center attraction is world famous for its Nintendo memorabilia. If you visit, you won’t want to miss the impossible ‘Gulf War Game Boy,’ happily running Tetris like nothing ever happened.

By Chris Littlechild, contributor for Ripleys.com.

Next post The Secret Artist Behind Mickey Mouse: Ub Iwerks