Can You Break the Code of the Mysterious 15th-Century Voynich Manuscript?

We don't even know what language it is in! 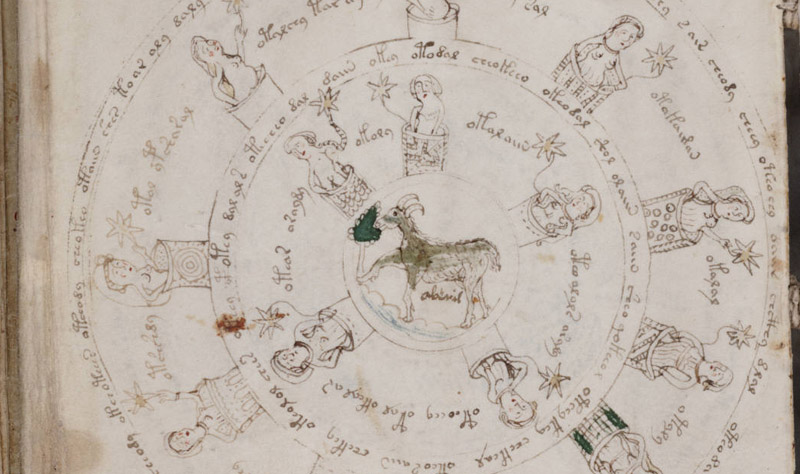 In 1639, Georg Baresch, an alchemist from Prague, revealed to the world a mystery that was recently dated to have existed as far back at the 15th century: A 240 page indecipherable manuscript of unknown origin.

In a letter, Baresch wrote to Jesuit scholar Athanasius Kircher, who claimed to have deciphered Egyptian hieroglyphics, and asked him if he might be able to untangle the book’s mysterious language. That letter would begin the book’s journey across time, countries, and hands, eventually landing on the desk of Polish book dealer Wilfrid Voynich in 1912. It would henceforth be known as the Voynich Manuscript. 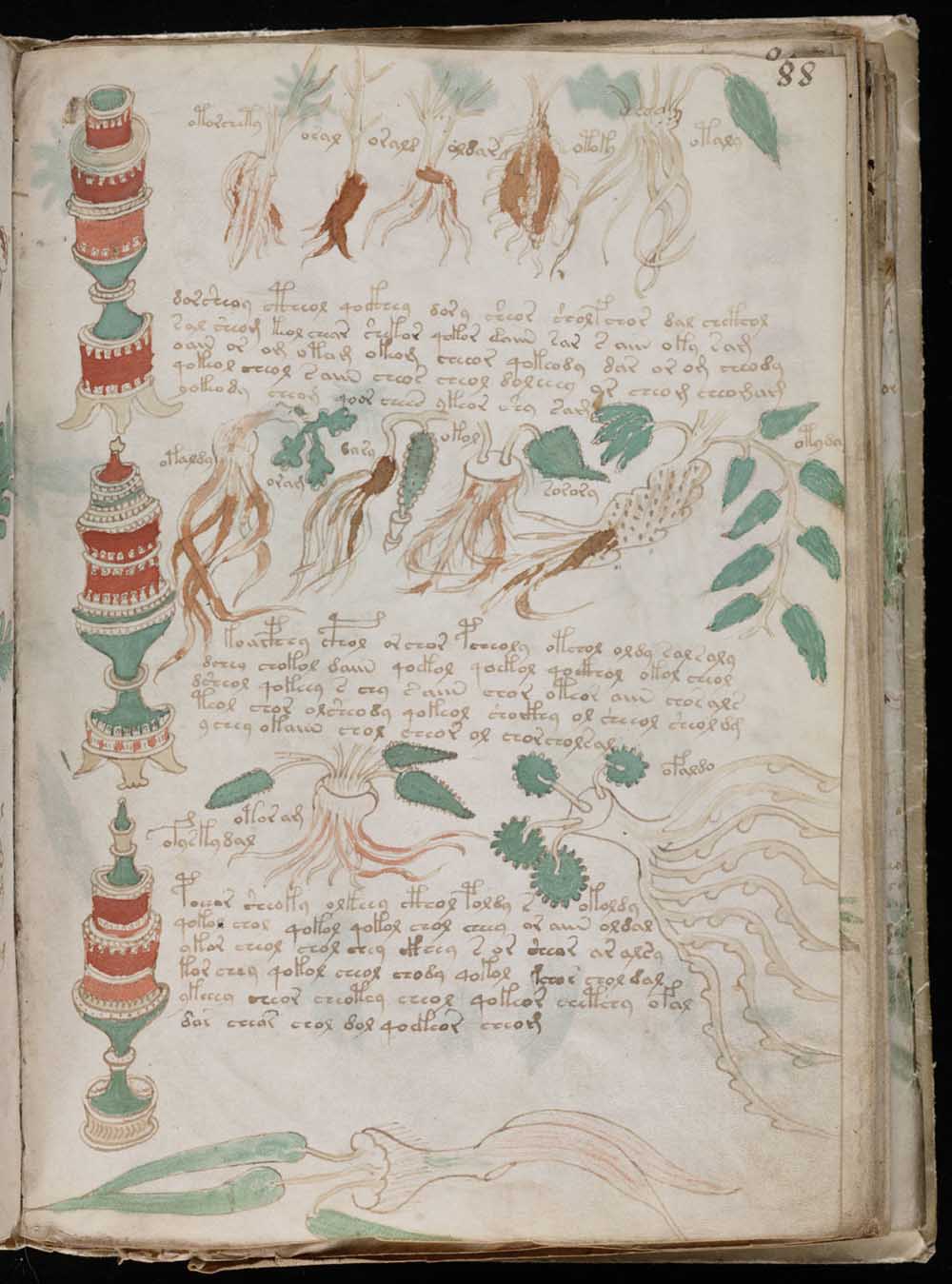 The manuscript, comprised of various texts and illustrations, was originally believed to have been made up of 272 pages. Now down to 240 pages (depending on how some of the fold-out pages are accounted for), the book appears to be broken down into seven sections: Botanical, astronomical, cosmological, zodiac, biological, pharmaceutical, and recipes.

Various theories exist about the unknown language used within the manuscript. The most popular theory is that the book was written in a substitution cipher, a method of obscuring text by replacing it with a substitute letter or letters. Even with this theory in place, the text remains indecipherable.

Still, other theories about the book’s language abound, running the gamut of being written in code, shorthand, or even a sort of natural language. Much like the substitution cipher theory, none of the less popular theories have come any closer to unraveling this mysterious text. 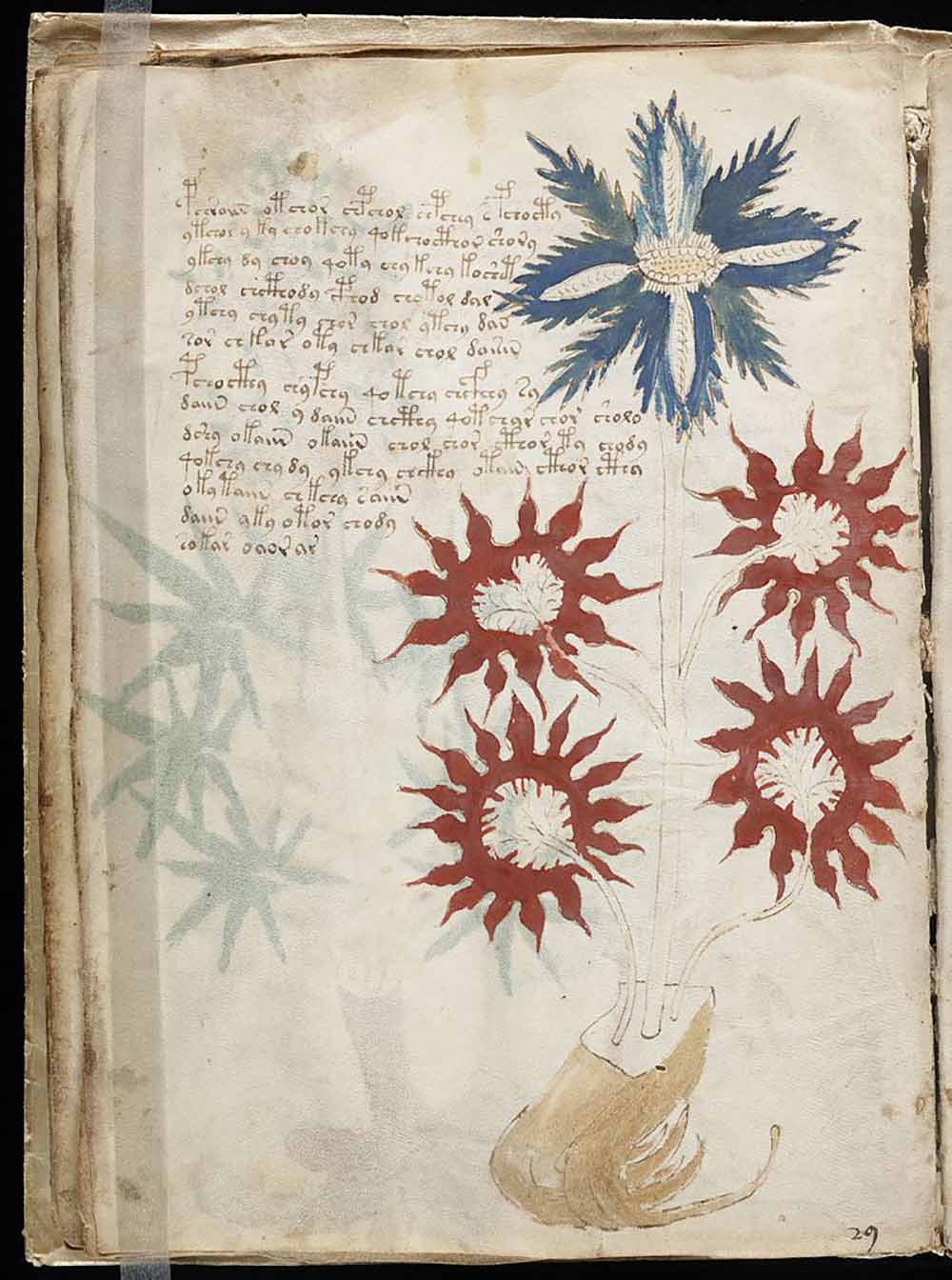 Every picture tells a story.

Because the text is indecipherable, modern scholars use these illustrations to define the seven sections of the manuscript. Filled largely with detailed drawings of plants, herbs, and roots, the book also appears to delve into the astronomical, with images of what appear to be diagrams of the zodiac.

The book also contains several nudes, illustrations of women in what appears to be a communal bath, as well as some sort of intricate shower. 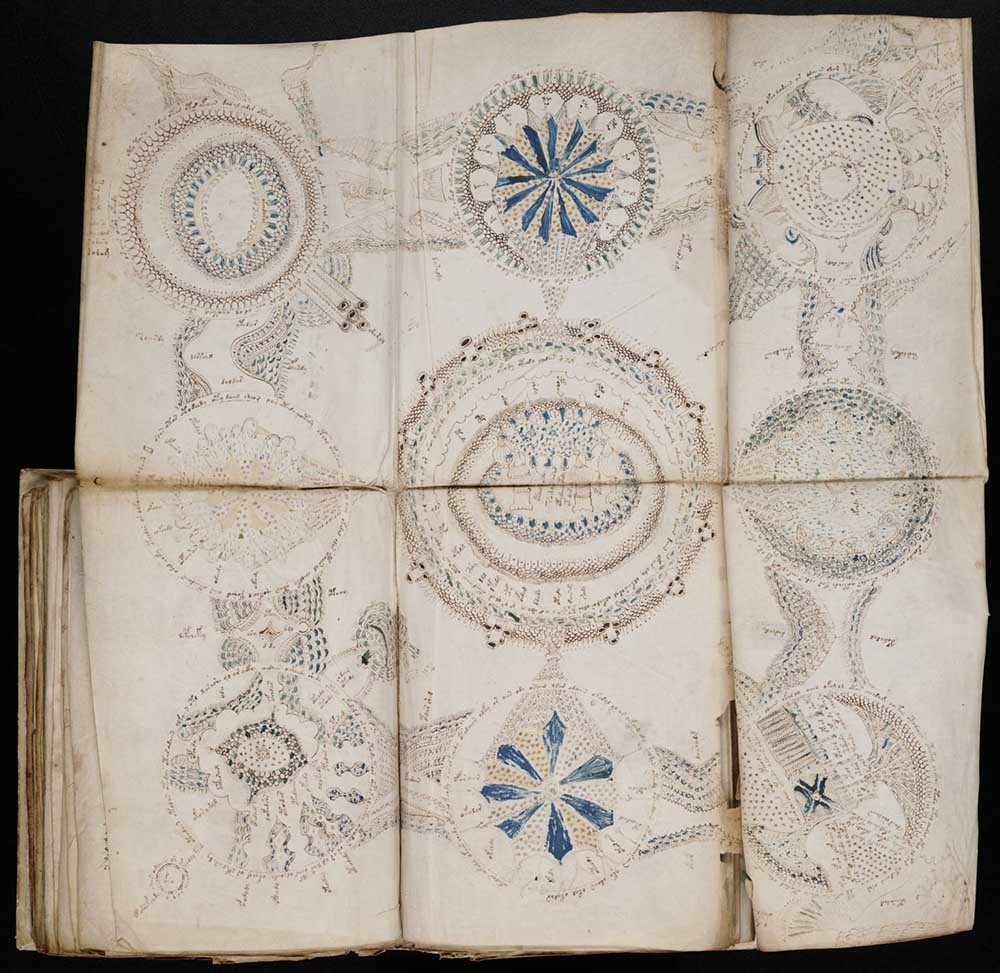 How far down the rabbit hole do you want to go?

So, what’s the real meaning behind the book? What are its true intentions? Is it merely the ramblings of an autistic monk as physicist Andreas Schinner believes? Or does the book have a deeper, darker purpose?

Noted conspiracy theorist Dan Burisch believes the Voynich Manuscript contains the description of how to use alien technology from the future for creating DNA with sound.

Could it simply be as mundane as a self-help book for living well, as the majority of scholars believe it to be?

Whatever its original intent, the true purpose of the Voynich Manuscript may never be revealed.

Next post The 1930s Kayak Journey from Germany to Australia