"Mars is not the dry, arid plant that we thought of in the past." 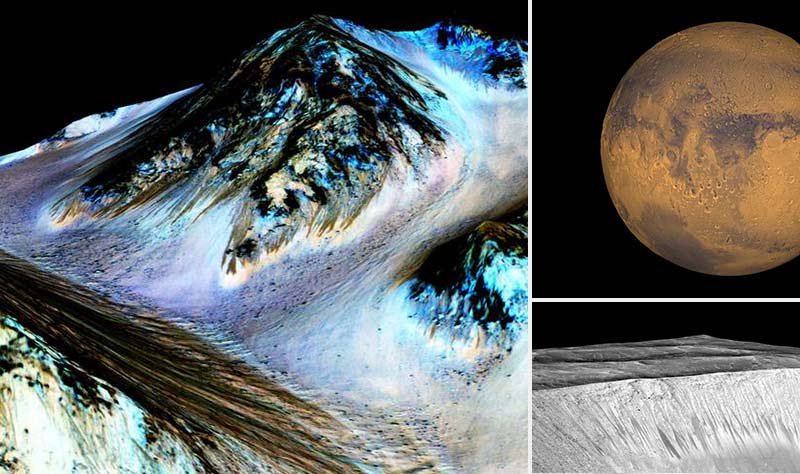 “Mars is not the dry, arid plant that we thought of in the past.”

NASA has announced that they have found conclusive evidence that there is flowing water on the surface of Mars. These traces are spotted from the NASA MRO (Mars Reconnaissance Orbiter) satellite during the summer.

The six-month Martian summer, about a quarter of a martian year, can have average temperatures of roughly 36 degrees Fahrenheit daily. The warmish temperatures permit water to both melt and flow which create visible ridges on Mars’ surface detectable by satellites. 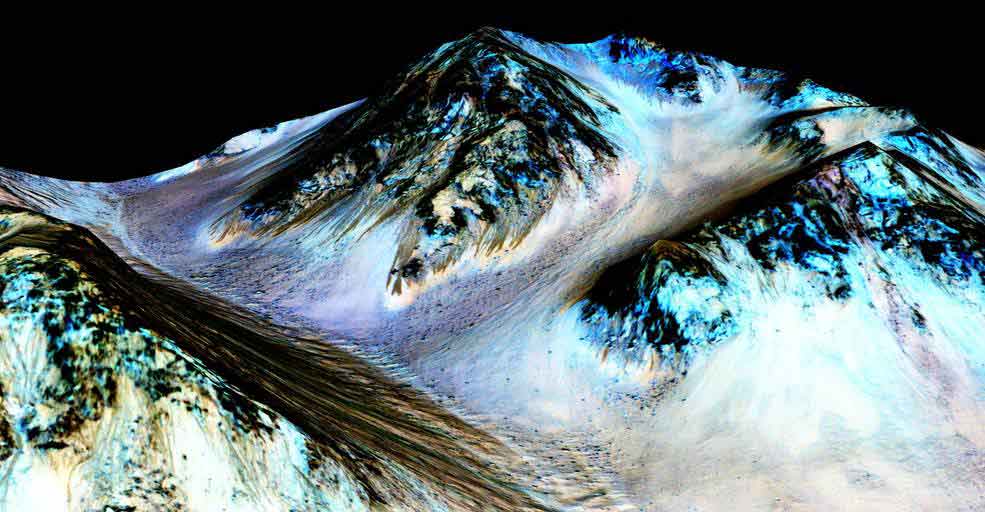 In a Q&A session on twitter, NASA also clarified they have found a number of elements associated with water including Carbon, Nitrogen, Iron, and Hydrogen.

NASA and several space agencies have historically believed that there was ice below the surface on Mars due to the large valleys and canyons eroded into the red planet’s surface.

“We want to go and investigate, but there are no specific mission planned… yet.” -@NASA

Next, the space agency’s goals are to narrow down where the water on Mars is coming from and hunt for more areas that could have water. NASA staff clarifies this information could lead to easier colonization of the planet by future astronauts.

The more we learn about our neighbor planet’s natural resources , the more possible it becomes that this young generation will be on its surface. Our latest Fun Facts & Silly Stories book interviews Alyssa Carson who—at only 13—is training and preparing to be one of those first astronauts to visit Mars. Read her story and interview in the new book: One Zany Day!

One step closer to Mars! We interviewed @NASABlueberry1 a martian astronaut in training in our latest book! http://t.co/ZPeZoW8auw

@SkylarMile All we can see from orbit is what’s on the surface of Mars, and we see evidence of flowing water.

@Scottysthemann There is water on Mars that we could extract, and we hope to identify resources to extract it on future missions.

Never Miss a Story! Sign Up for The Weekly Weird Newsletter.