To celebrate President's Day, Ripley's brings you a collection of strange Presidential facts. 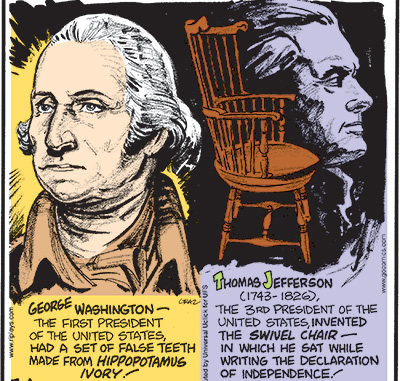 We decided to forego a three day weekend and came into work today just to bring you these President’s Day facts. 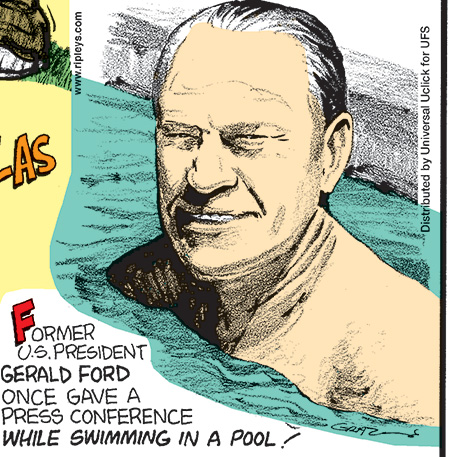 Proving that the job of the President is sometimes fun, Gerald Ford once gave a Press Conference from a swimming pool!

There’s no place more comfortable or relaxing as a pool on a warm day. Ford was clearly a president who knew how to address the press in style.

All the Single Presidents 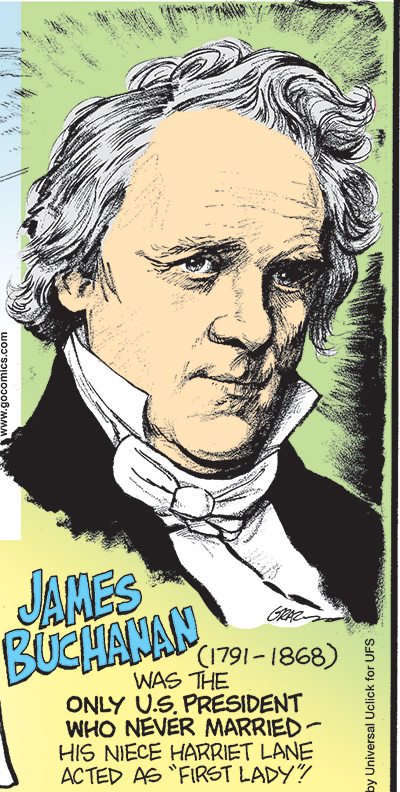 Among conversations about how progressive America is, there are questions about whether or not the American people would ever elect a president who wasn’t married. Little do people know that there already has been an unmarried president.

The 15th US President, James Buchanan, was never married and allowed his niece to serve as “First Lady.” 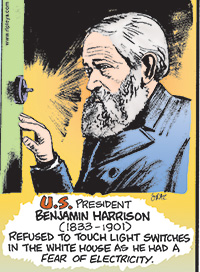 Being President can be a scary job. You have to deal with issues of state, interact with foreign leaders, and that’s not to mention all the public speaking they have to do. But of all the things Benjamin Harrison had to be afraid of, the best he could do was Electrophobia, fear of electricity. He was so afraid of electricity that he refused to touch any of the electric switches in the White House. 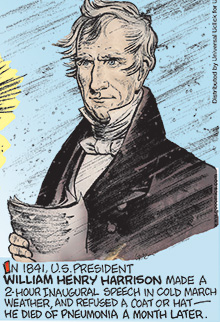 Toughness is a necessity if you’re going to run a country. How many times has Vladimir Putin been photographed with his shirt off to show his tough physique? Perhaps it was a need to appear tough that led to William Henry Harrison making a two-hour Inaugural Speech in the cold of March without a coat or a hat.

If he was trying to prove how manly he was, the plan backfired when he died of pneumonia a month later.

Bundling up in the cold may not be the be manliest thing you could do, but it will ensure you live a bit longer.

How superstitious is too superstitious to be President? If you throw salt over your shoulder anytime some spills, what might other State leaders think when they have dinner with you? If you go out of your way to avoid black cats, what are you going to do during Halloween events you’ll be expected to go to?

FDR may not have been as bad as that, but he was certainly a superstitious man. He refused to travel on the 13th day of the month, and would never host a White House dinner with 13 guests. 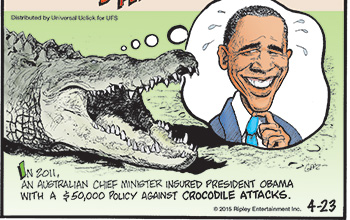 Not to be left out, even our current President has an oddball fact to celebrate the day. Believe it or Not! Obama is insured with a $50,000 policy against crocodile attacks.

Spending most of his time in Washington DC, I don’t know how much of a threat crocodiles pose to the President’s life. But I’m sure we can all feel safer with that level of protection being in place.

Next post Trial by Combat, or Medieval Divorce Court