These fluffy cats can’t fly, but there’s something distinctly angelic about them. 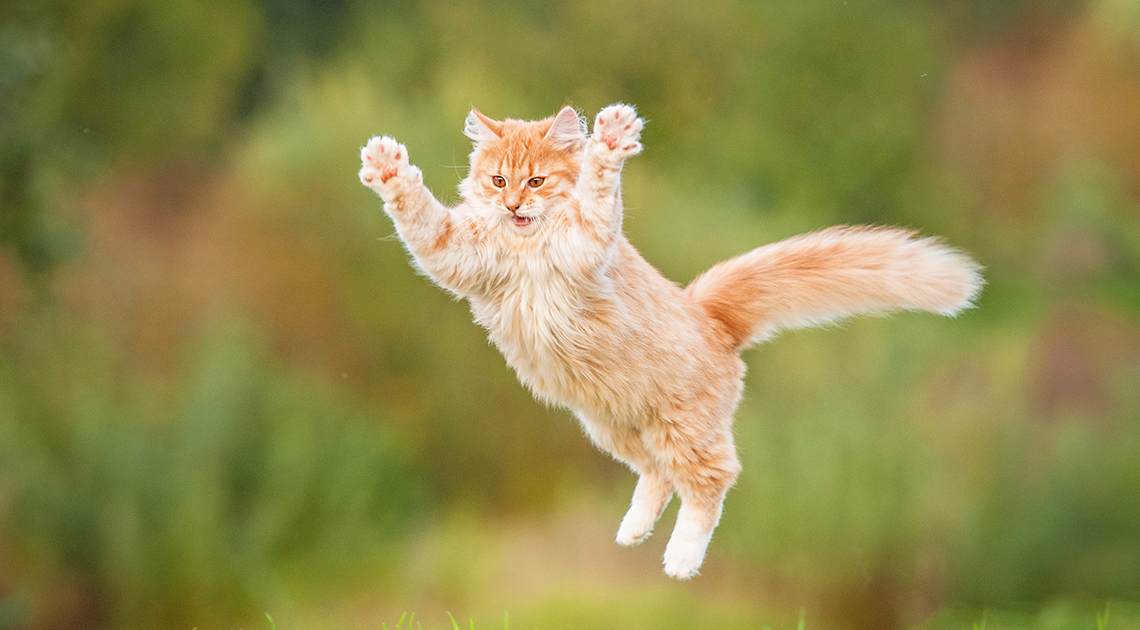 Winged cats are a popular motif across art and literature, from renaissance art to the children’s book series Catwings.  Their reoccurring appearance leaves us to wonder: could winged cats really exist? The answer might not be the resounding “no” you think it is…

Ripley’s Believe It or Not! is no stranger to the vast world of animal anomolies. With everything from cow hairballs to unicorn goats and deer and two-headed cows, we have real taxidermy specimens of many animal oddities. Beyond those, we have many examples of so-called gaff-taxidermy—taxidermy specimens that are fake but often presented as real (think the jackalope). These winged cats, however, make no appearance in our collection.

Barring early history, where cats across millennia have been depicted with wings in mythology, the modern sightings of cats with “wings” can be traced back at least 100 years. One of the earliest known mentions of a winged cat is from Henry David Thoreau, who described a winged cat at a farmhouse in 1842. According to Thoreau, the cat had long hairy appendages sprouting from its body, but that they fell off in the spring and were kept by the writer in his private collection for a time. Thoreau had no reason to think the cat was capable of flight, however. Calling these appendages “wings” was just poetic. They were actually just clumps of matted fur.

Nevertheless, over a century later, news of winged cats still circulates the news cycle from time to time.

In 2008, newspapers reported a winged calico in China, and in 2012, the video of a winged cat above appeared, with people in the video touching and showing off its “wings.” Over the years there have been countless sightings of winged felines, reported from the public and veterinarians. There are even photos and videos of them, with pairs of tiny sheets of fluff coming from their backs. 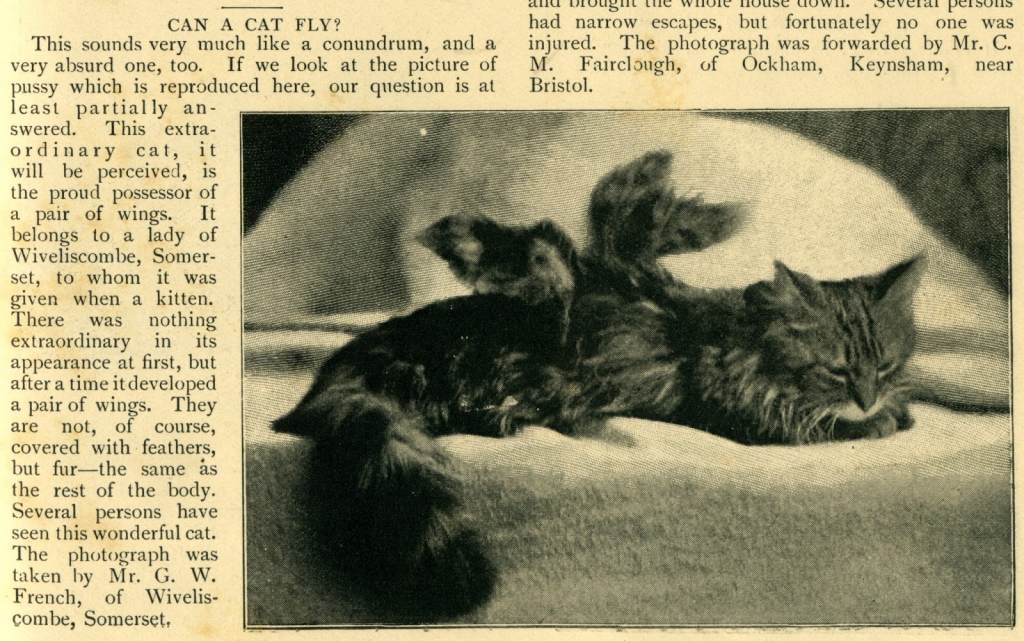 This has led some to speculate whether Thoreau’s observations were just a coincidence. Some people have posted comments suggesting crossbreeding or even divine intervention to explain these creatures, but no bird or bat could ever make hybrids with cats. As for divine order, no one could say for certain, but experts have a few guesses as to what could cause these apparent growths.

First, you may notice when looking through pictures of winged cats that most of them are long-haired. Some long-haired cats struggle to groom themselves, especially on their backs, and the hair can become matted. Humans can easily clip or brush out mats of fur, which look like flapping wings when the cat runs.

A second possibility is that some of the cats may have a condition that makes their skin overly-elastic and fragile. This is called cutaneous asthenia and is the feline equivalent of Ehlers-Danlos syndrome. As a cat crouches, skin can bunch up behind her arms and stretch to form folds like wings on her back. In some cases, you could even stretch out their fur-covered skin flaps like wings long enough for a photo.

The third explanation is that the cat could have been born with extra limbs, as a mutation or a partial conjoined twin. If a kitten was born with extra arms in the right spot, they might sort of look like wings.

Sadly, all of these conditions can harm, or at least be uncomfortable for the cat. It’s lucky, then, that these mythical beasts are so rare.