Sir Winston Churchill was accidentally hit by a car while in America during the prohibition era. To help him heal, a Dr prescribed unlimited alcohol. 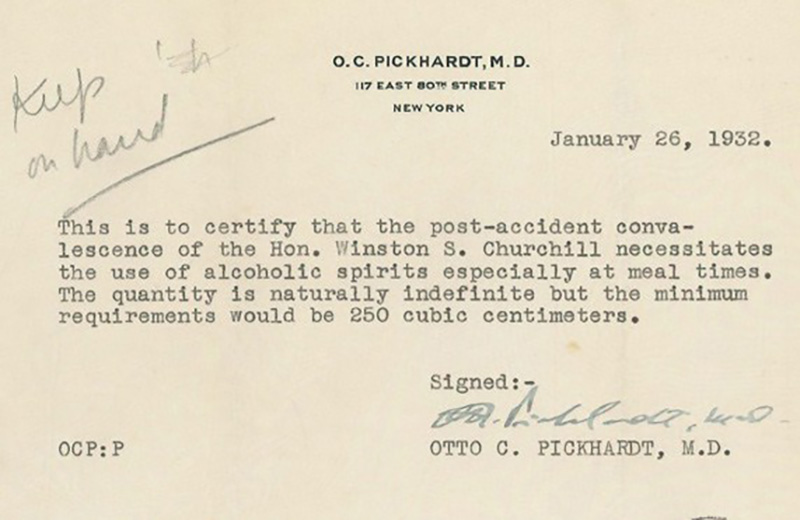 If you could get a Doctor’s note to excuse you from anything your heart desires, what would it be? For Winston Churchill, it was for an unlimited amount of alcohol.

Doctors are strange entities in this country. In some ways, they possess unlimited power and final authority on many matters. For most of us, that power is often used to help get out of a day of work or having to exercise during Phys Ed. But when you’re a prominent diplomat, maybe you can get more bang for your buck. 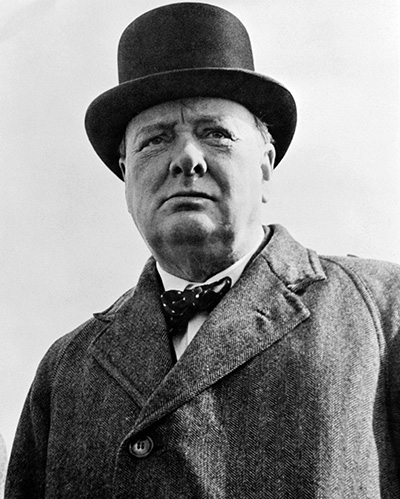 The year was 1931, and Churchill was on a lecture tour through the U.S. Prohibition had been in effect in the country for 11 years at the time, and Winston must have known he’d be in for a long trip without libations.

While in New York, Churchill was rushing to meet a friend for dinner. When he stepped out of the cab and went to cross the street, he momentarily forgot that he wasn’t in England anymore.

I no sooner got out of the cab somewhere about the middle of the road and told the driver to wait than I instinctively turned my eyes to the left. About 200 yards away were the yellow headlights of an approaching car.

He tried to rush out of the way, but forgot to check both ways for oncoming traffic and was hit by a car traveling roughly 35 mph.

Sir Winston Churchill was rushed to a hospital and treated for a gash to the head, a broken nose, broken ribs, and severe shock.

Eventually, he left the hospital and went to the Bahamas to rest and heal up. But he still wanted to complete the lecture tour.

His doctor in New York didn’t think it was a good idea given his injuries, but he found the best way possible to alleviate some of his suffering. He gave Churchill a note circumventing the prohibition laws and allowing him to have all of the alcohol he wanted.

This is to certify that the post-accident convalescence of the Hon. Winston S. Churchill necessitates the use of alcoholic spirits especially at meal times. The quantity is naturally indefinite but the minimum requirements would be 250 cubic centimeters.

And just like that, the honorable Sir. Winston Churchill was allowed to ignore a decade-long law and drink to his heart’s content while traveling through the states.

Next post Hospital Releases CPR Playlist to Help Save Lives