Women were essential to planning the D-Day Invasion.

Believe it or not, 400,000 women in the US donned military uniforms during World War II. Though they were not allowed to serve combat roles, they made a significant impact on the War. Allied forces in Australia, Canada, and the United Kingdom even formed female branches of the military, enabling women to serve.

Most women served in industrial, clerical, communications, healthcare, and transportation roles, but some women acted as scientists, tacticians, soldiers, and spies. 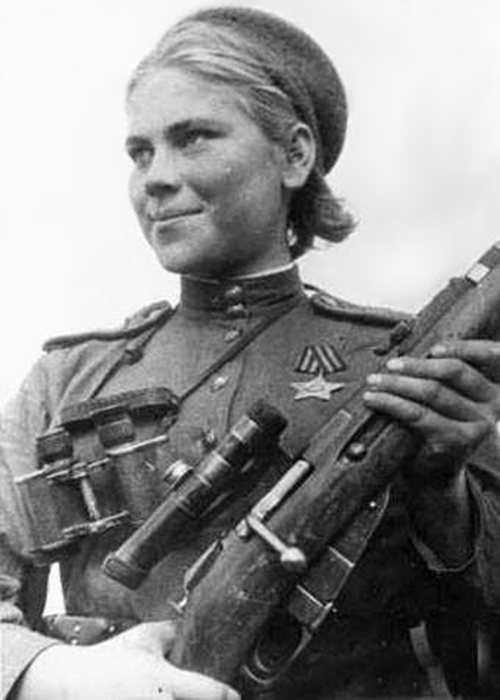 Lyudmila Pavlichenko, a female Russian sniper credited with over 300 kills.

Though standard requirements varied from country to country, all had basic physical specifications. Women had already fought hard to break into the labor force, but as women became more independent, several countries had women’s auxiliary forces forming at home.

While the “home front” is usually used to refer to a place removed from war, the British homefront was becoming a battlefield as well. As more and more men went off to fight, women took up jobs defending their homes as searchlight operators and anti-aircraft gunners. Queen Elizabeth (this was before she was queen) even served as an ambulance driver. 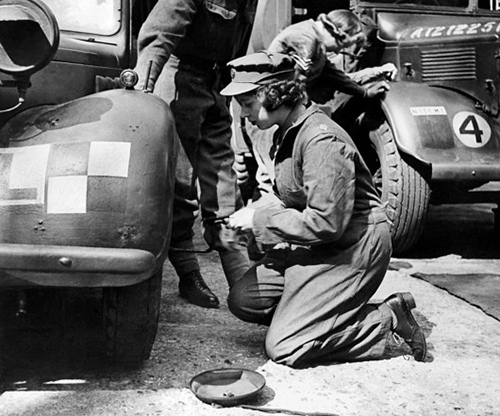 Queen (to be) Elizabeth changing a tire in training.

Women had to meet the same requirements as men, go through the same training, and live in the same conditions. Despite this, they were not paid the same as their male counterparts. Women proved to be very skilled at deciphering aerial photographs. They helped immensely in planning the D-Day invasion.

Women’s uniforms varied between country and job. An enlisted woman was typically issued a uniform that included everything but undergarments (they were issued a stipend for those).

The uniforms covered everything from drivers and nurses to snipers and ski patrols. 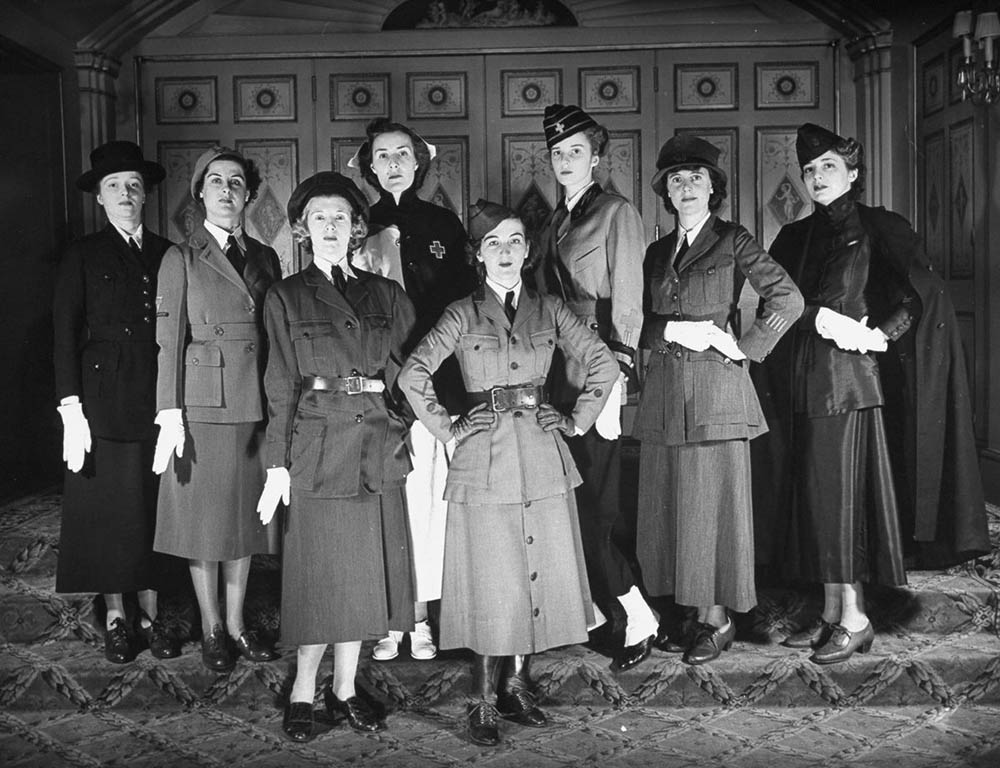 Next post The Reconstruction of Nebiri, an Ancient Egyptian Dignitary