Finally, An Italian Sports Car That Can Navigate Venice 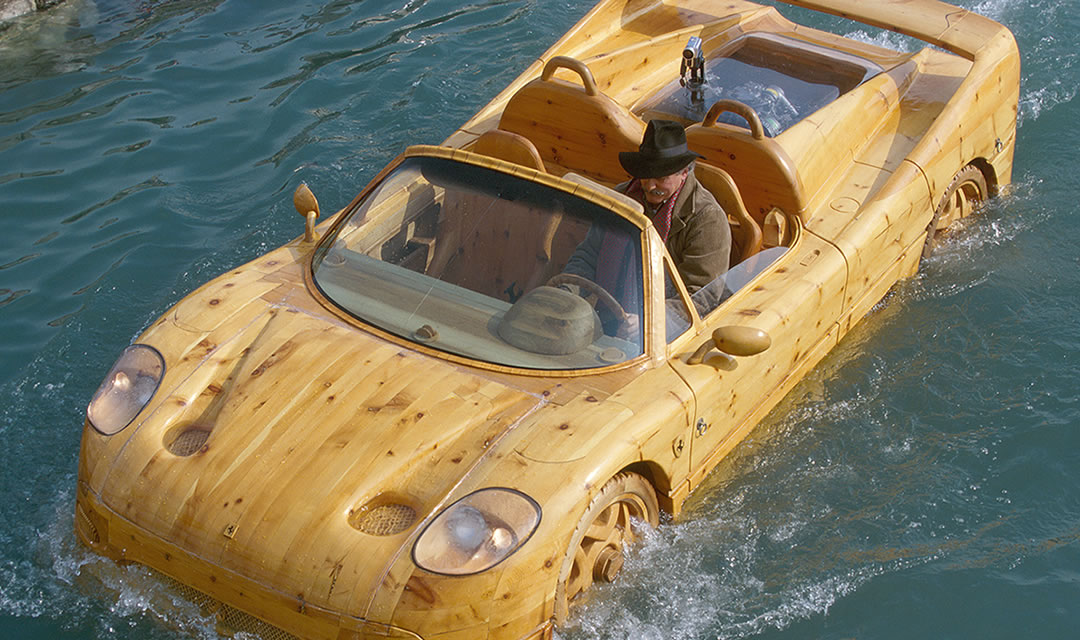 It’s impossible for most people to drive their cars in the water-filled streets of Venice, but with this Italian sports car, waterways are what it was made for. This Ferrari F50 was carved entirely out of wood by master sculptor Livio Di Marchi. 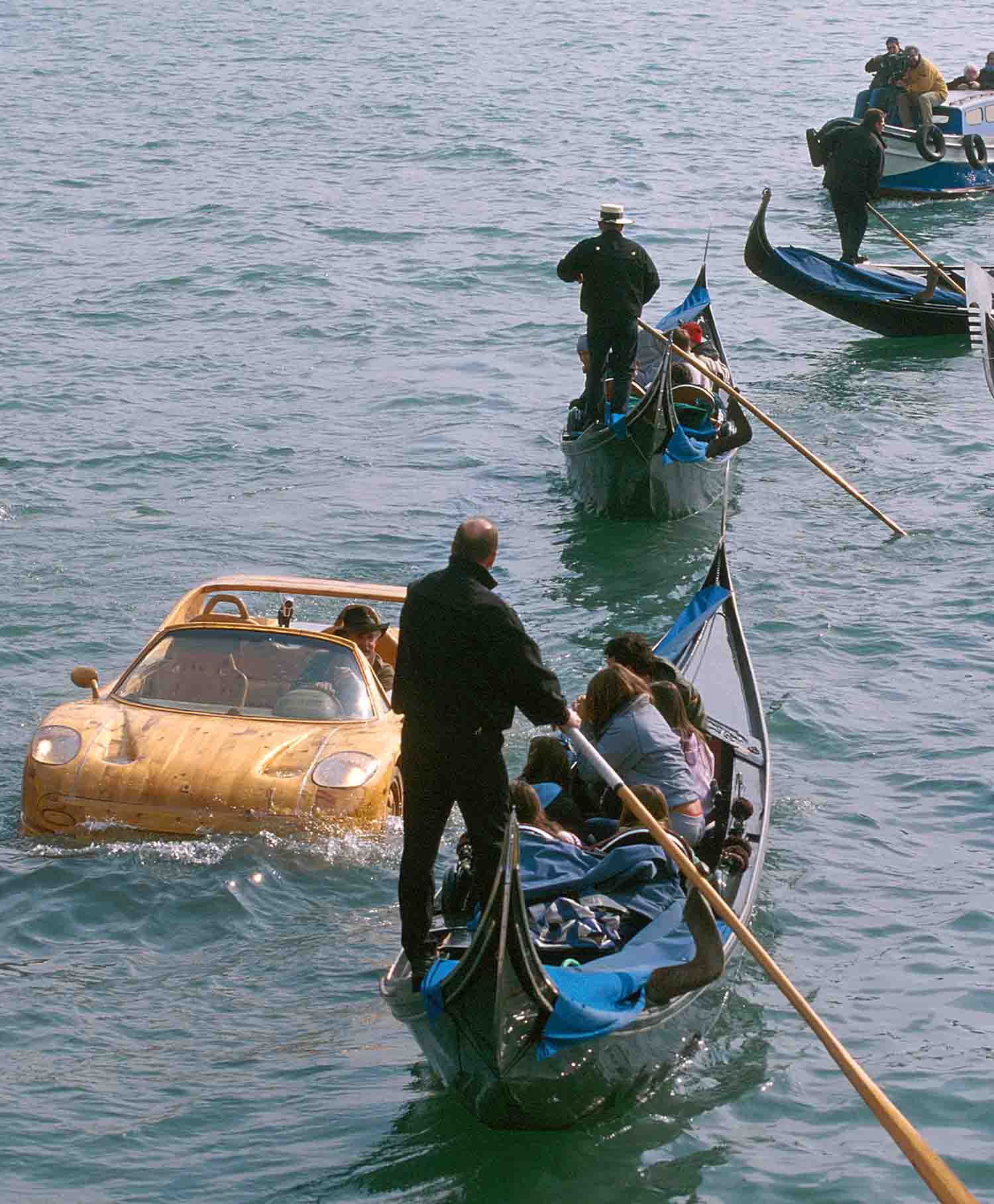 The supercar can’t drive on traditional roads, but instead, uses its buoyant frame to float. While the production version could go from zero to 60 in just 3.8 seconds, the 512 horsepower V12 engine has been replaced with an outboard motor that will definitely make you want to row your gondola out of the way.

The car is truly one of a kind. The road model may have only had 349 models manufactured, but the wooden 350th was sculpted entirely by hand using only hand chisels. Marchi is a prolific artist, carving a number of other novelty boats as well. He’s whittled replicas of a gull-wing Mercedes, a 1930s Jaguar, and even a wooden Vespa.

Popularly known as the “Carpenter of Venice,” Marchi began his obsession with sculpture after studying at the Royal Academy of Fine Arts in Venice. Finding wood to be a kind of muse that summoned his creativity and spontaneity, he settled on the medium as his favorite.

Marchi has even played fairy godfather with his creations, sculpting a floating pumpkin carriage complete with horses for people’s weddings. 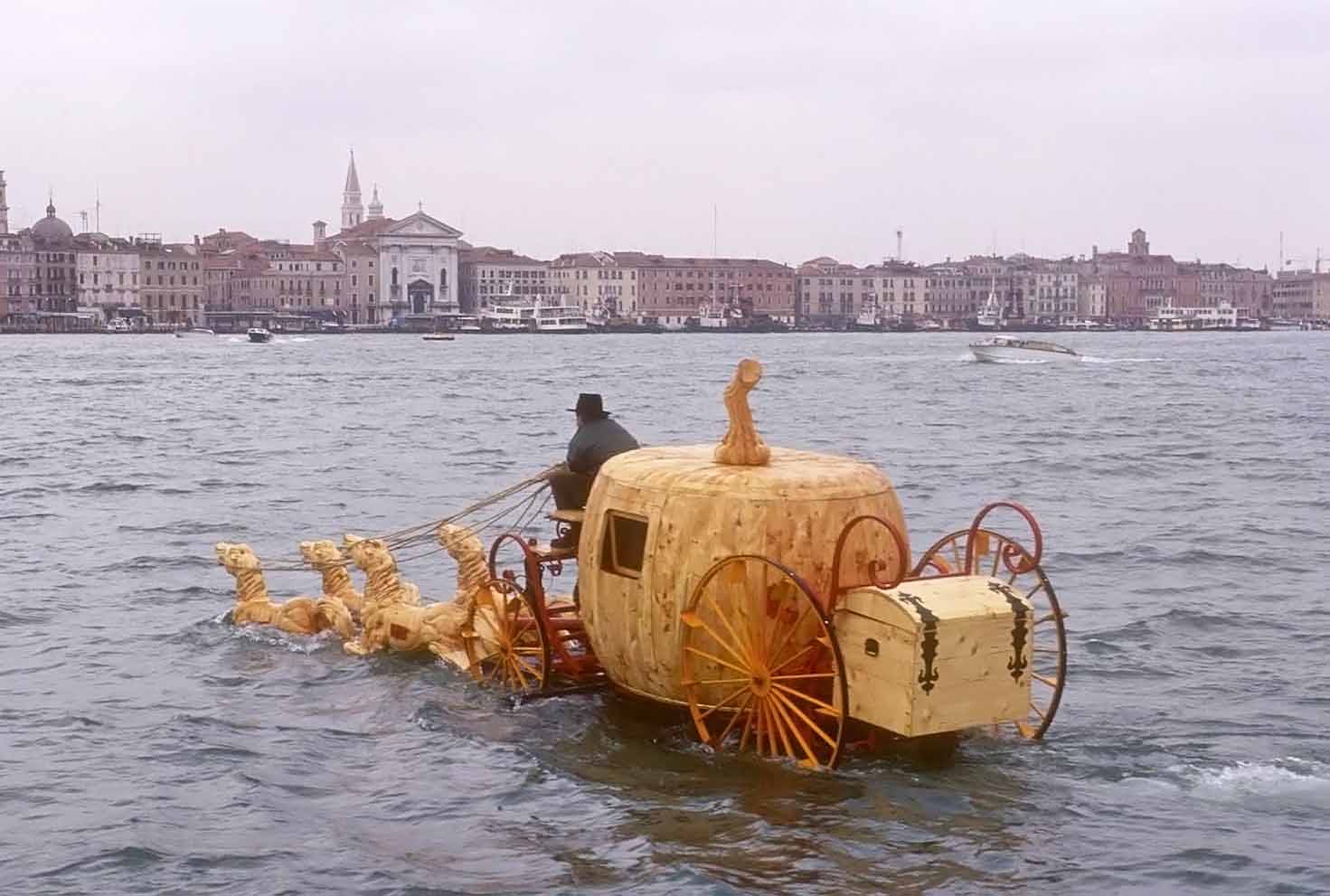 The man is absolutely obsessed with wood. His home is filled with wooden sculptures, including renderings of beds, teddy bears, clothes, dishes, and even underwear carved by hand. 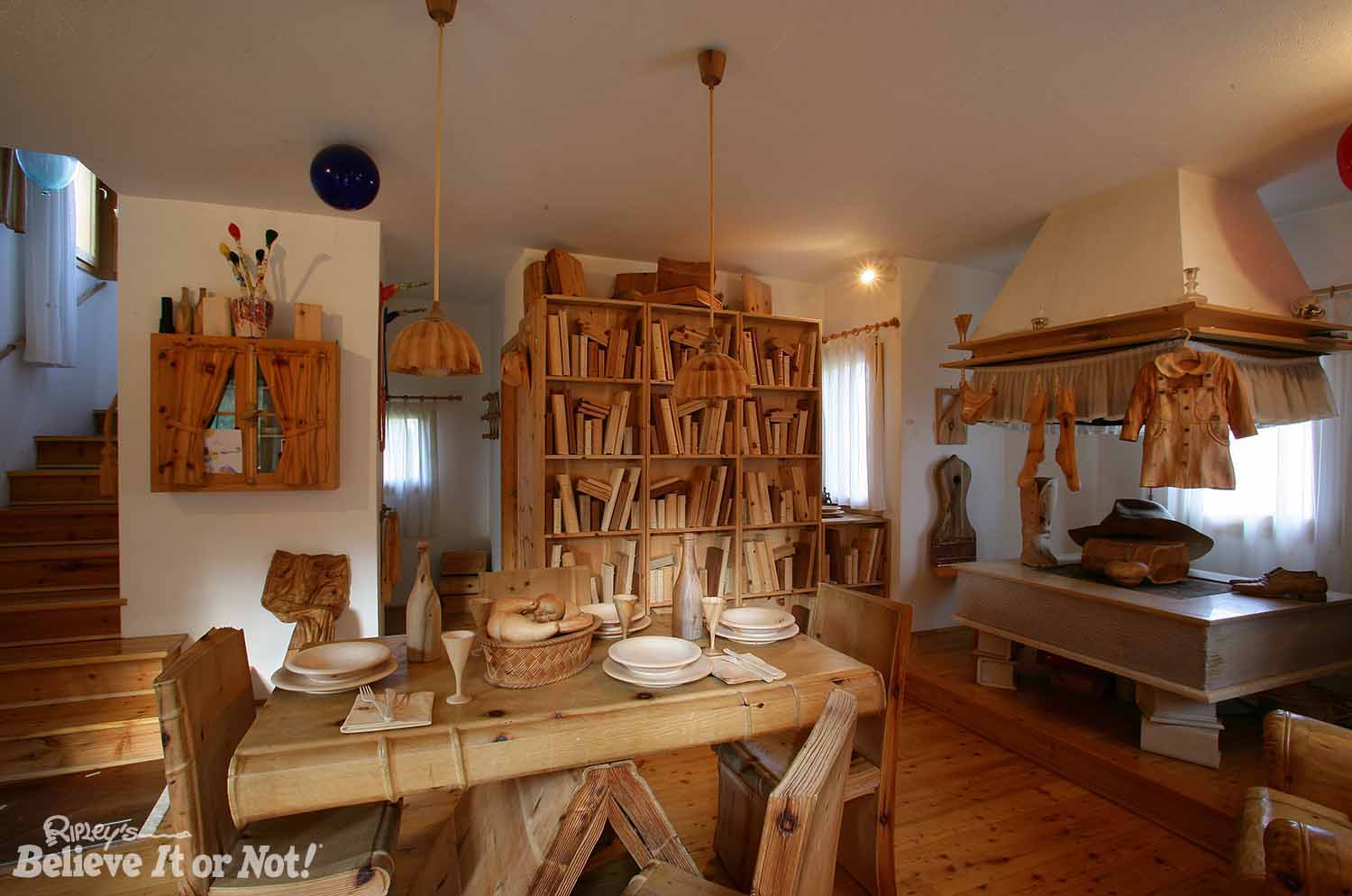