Wilbur D. May’s Cabinet of Curiosities, Inside The Wunderkammer 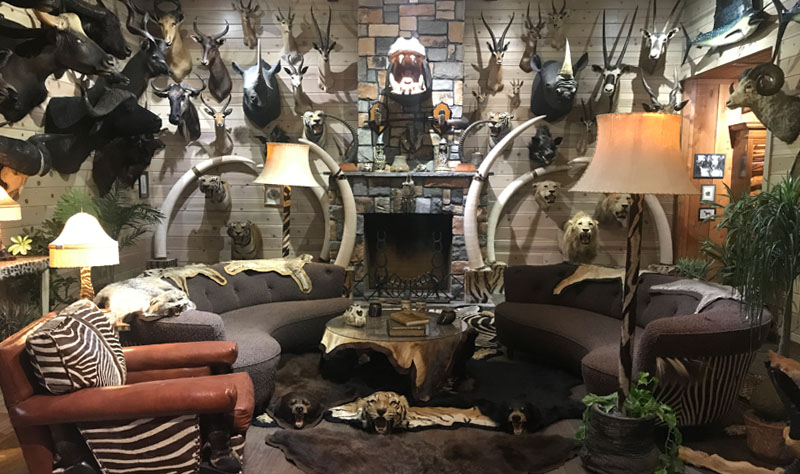 In the mid-sixteenth century, Wunderkammer (or Cabinets of Curiosity), popped up across Europe. Receptacles of exotic objects and natural history specimens, they fascinated audiences by regaling them with finds from the four corners of the globe. Centuries later, the tradition continues at the Wilbur D. May Museum in Reno, Nevada. 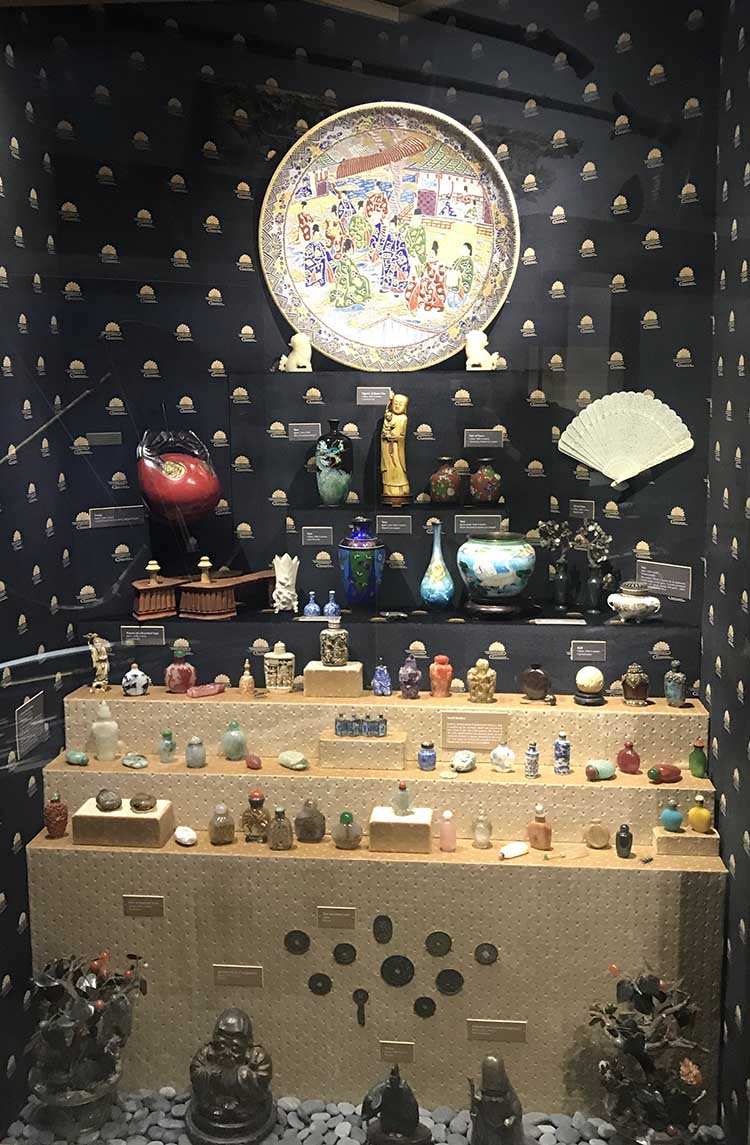 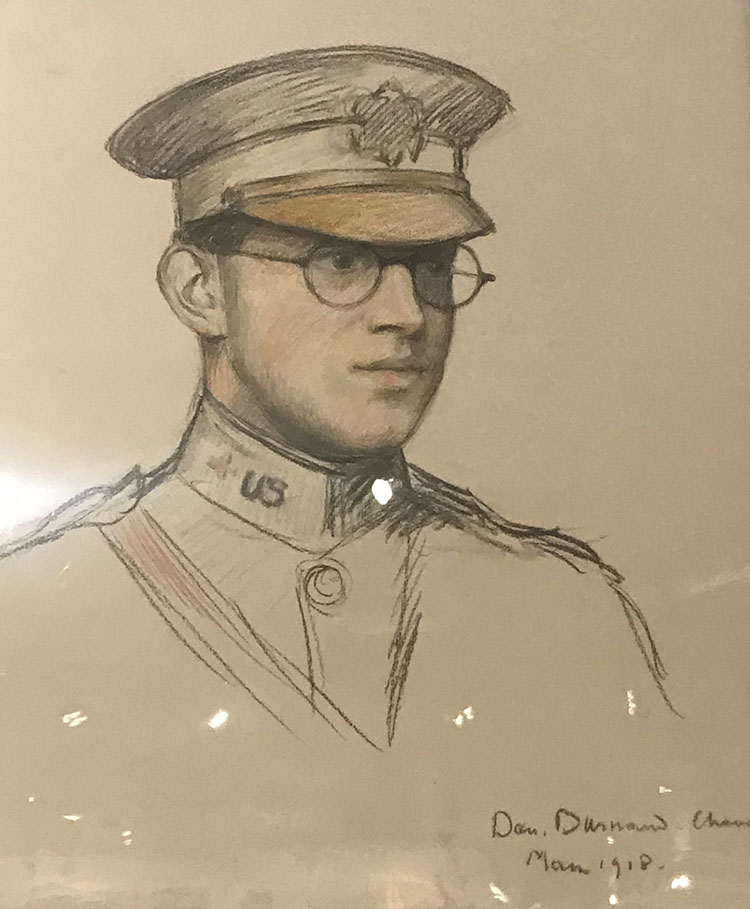 His sojourns started in 1914 with the outbreak of World War I. At the age of 16, May ran away from home to join British forces headed to the Western Front. Stymied by his age and nationality, May could only find work driving ambulances.

When the US officially entered the war in April 1917, he enlisted in the expeditionary forces moving up the ranks to Major by the 1918 Armistice. Later that year, May returned to America diving headlong into aviation history.

He purchased a Ryan Monoplane with a Wright Whirlwind engine and soon logged more than 6,000 flight hours. At the time, the only aviators in the country with more flight hours were mail pilots. During the golden age of aviation, May quickly earned a reputation as one of the most skilled airmen in the United States.

In 1929, May went on his first African safari. He hired world-renowned guide Sir Denys Finch Hatton (played by Robert Redford in the movie Out of Africa) to lead him on this first of many big game hunts. Finch Hatton had just returned from another expedition with the Prince of Wales.

Since May knew he’d be out of the country for more than a year, he pulled all of his investments out of the stock market and poured them into Government Bonds. As a result, he narrowly avoided the 1929 stock market crash and found himself independently wealthy after his return from the safari.

During World War II, May flew dangerous reconnaissance missions over Alaska. After surviving a plane crash, he left the military ready to launch into other pursuits including painting, songwriting, world traveling, trophy hunting, and ranching. He also owned the 2,600-acre Double Diamond Ranch, just south of Reno, known for its prize herd of purebred Black Angus cattle.

The collection that May amassed speaks to his roving curiosity, countless pursuits, and fascination with indigenous cultures and natural history. One of the most astounding exhibit spaces is a recreation of May’s trophy room. The chamber contains nearly 200 pieces of taxidermy including countless heads and upper torsos, bear and big cat rugs, elephant-foot trash cans, zebra leg lamps, and a table and chairs fashioned from horns. 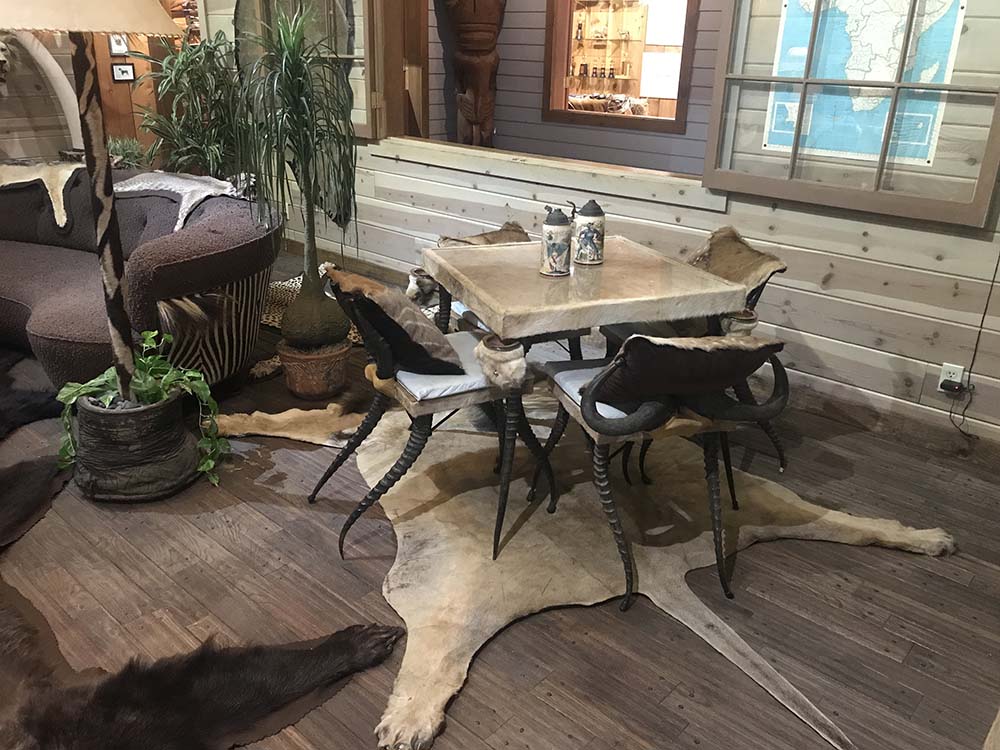 Museum curators have organized May’s finds geographically, allowing visitors to walk from North America to Europe, then on to Africa, India, Asia, and the South Pacific. Of the pieces displayed, May’s personal favorite is also one of the rarest: a tsantsa or shrunken head from the Jivaro tribe. 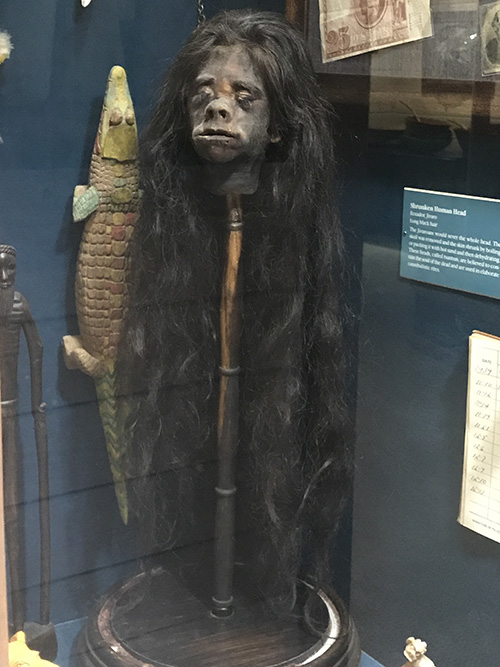 Because of the shrunken head’s long black hair and lush eyelashes, May named it after an ex-girlfriend, Susie. He reportedly paid his ranch foreman $5.00 per month to keep its mane neatly brushed and presentable. But curators have since determined that the original owner was male and have rechristened him “Fred.” May would be relieved to know that Fred’s hair remains luxurious.

Few men of the late nineteenth and early twentieth centuries better symbolized this age than Wilbur D. May. May’s eclectic Wunderkammer of globetrotting artifacts continues to tantalize and intrigue visitors.