The term “zero-gravity” proves misleading when it comes to freefalling through space. 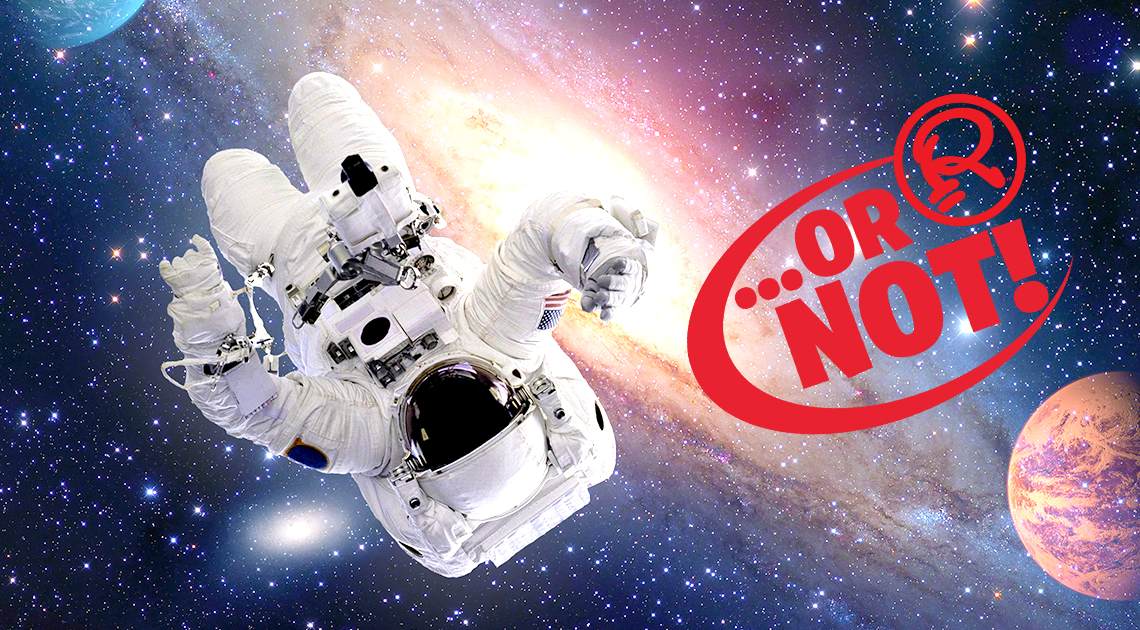 From Apollo 12 (1995) to Contact (1997) and the aptly titled Gravity (2013), we’ve all gotten used to the visual of astronauts floating around in zero-gravity environments. You could say that the idea of space having no gravity is common knowledge, at this point. Many people wouldn’t think twice about why astronauts appear weightless.

The perceived weightlessness of astronauts is a misnomer, though. So is the concept of space as a zero-gravity environment. Space contains what’s known as microgravity. Here’s what it is and how it relates to the images we’re all so familiar with of buoyant astronauts.

Let’s start with the number one question on everyone’s mind, “What the heck is microgravity?” Microgravity refers to the condition of objects or people appearing to be weightless. For example, we see the effects of this phenomenon in videos from the space station, showing individuals and the objects around them suspended in midair.

This condition occurs not only within spacecraft and space stations but also outside during spacewalks where astronauts must stay tethered to avoid floating away. Because they hover above the ground, astronauts only need to wear soft boots. When involved in extra-vehicular activities (EVAs), they secure their shoes with foot restraints to avoid drifting away. 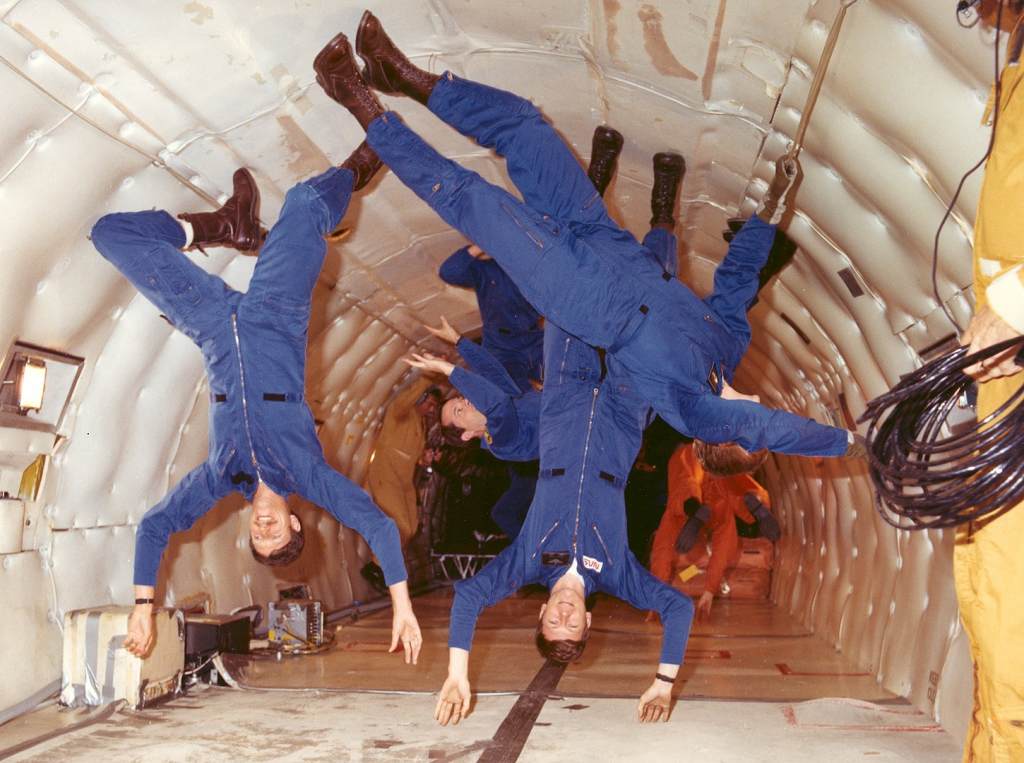 But just because these individuals and the objects around them are floating doesn’t mean they exist in a zero-gravity environment. Everywhere in space, a small amount of gravity exists. Gravity keeps the sun in place within the more massive Milky Way, and it’s why the Earth orbits the sun. It also holds the Moon in place as it revolves around the Earth.

That said, gravity does weaken due to distance. For example, if you could take a spacecraft far enough from Earth, you’d eventually reach a range where the planet’s gravitational pull diminishes. Nonetheless, this is not why people and things float in space.

Why Objects Float in Space

Orbiting the Earth at an altitude of 200 to 250 miles, the International Space Station experiences about 90 percent of the gravity felt on the planet’s surface. In other words, if you could climb stairs from the Earth to the space station, you’d weigh approximately 90 percent of what you do once you hit the top of the staircase.

This illustration begs the question, “If 90 percent of the Earth’s gravitational pull reaches the space station, then why do the astronauts live and work midair?” The answer is an eye-opener.

These individuals appear to be floating because they’re falling through space. If you’ve ever experienced an amusement park ride where you enter a cabin that gets dropped from a tall tower, then you know this feeling well. The same goes for the sensation you get when a roller coaster encounters a sudden drop on the tracks. Of course, for us terrestrial-bound beings, this sense of weightlessness proves very temporary.

Why do humans and objects fall at the same rate in space, creating the appearance of weightlessness? That’s because they’re falling through a vacuum. In a vacuum, all objects plunge at the same rate. Gravity, not mass, dictates this rate.

Things operate differently on the Earth, however. If you’ve ever dropped a feather and a metal ball from a tower at the same height, you already understand this. The ball will crash into the ground much faster than the feather. What gives? On Earth, air resistance alters the rate of descent for various objects. Removing this resistance, however, permits the feather to fall at the same rate as the ball.

Let’s take the amusement park ride that we mentioned earlier. Imagine riding it again, only this time you have a quarter in your hand. If, during the descent, you let go of the quarter what do you think will happen? It‘ll fall at the same rate as your body, giving the impression that it’s floating directly in front of you. The same thing happens to all objects in space.

Falling Toward and Around the Earth

Think of the space station, its crew, and any objects within as freefalling towards the Earth. They all descend at the same rate, and that’s why they appear to float. The gravitational pull of the Earth is not the sole force acting on these objects and individuals, however. The space station is traveling at upwards of 17,500 miles per hour, moving at a speed that matches the curve of the Earth’s surface. 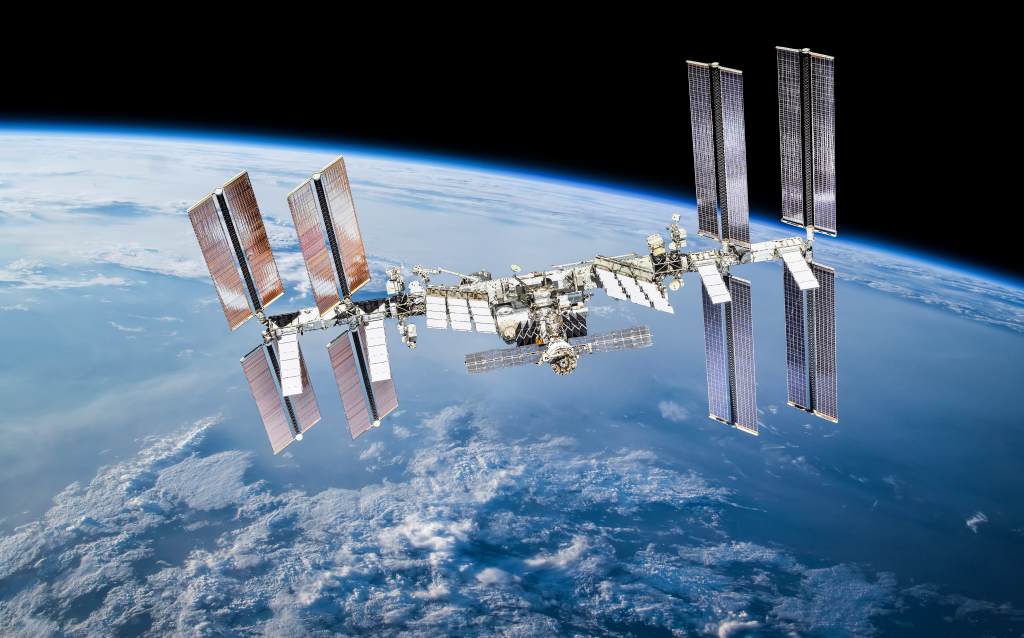 Organizations such as NASA study microgravity. Why? To gain a better understanding of what happens to equipment and individuals in space. What do we know about the effects of microgravity on the human body so far? For one, long-term exposure leads to weakened bones and muscle atrophy because microgravity offers so little resistance. Understanding the negative physiological impacts of this environment will prove critical to future space exploration. After all, astronauts must stay healthy and robust despite extended journeys, say to Mars.

Besides human beings, microgravity also has some interesting impacts on other natural phenomena. For example, crystals grow better in space, and flames take on a round shape because of the decreased pull of gravity. Conducting such experiments in space will help scientists to continue honing their understanding of microgravity environments and their impacts on physical objects.

Next post Easter Bunny And Tooth Fairy Are Essential Workers

Previous post The Apollo 14 Moon Trees That Traversed The Galaxy