These eggs once belonged to a therizinosaurus—the "scythe lizard."

While evidence of dinosaurs is considered a generally rare discovery, paleontologists are constantly finding new caches of bones and footprints to dig out of the Earth. Dinosaur eggs, however, are much rarer finds.

Like modern day reptiles and birds, most dinosaurs are known to have laid eggs. These eggs were typically laid in a nest by a female and closely guarded until her young dinosaurs hatched. If a predator managed to find a clutch unguarded, they were likely to smash them to pieces as the ravenously consumed the baby dinos. These are the two fates most common for a clutch of dinosaur eggs and why finding wholly intact eggs is exceedingly rare.

In order to be preserved whole, the eggs would have to be covered in sediment rapidly and lost to the protection of their mother. Sudden sandstorms, mudslides, or floods are most commonly responsible for fossilized dinosaur eggs. 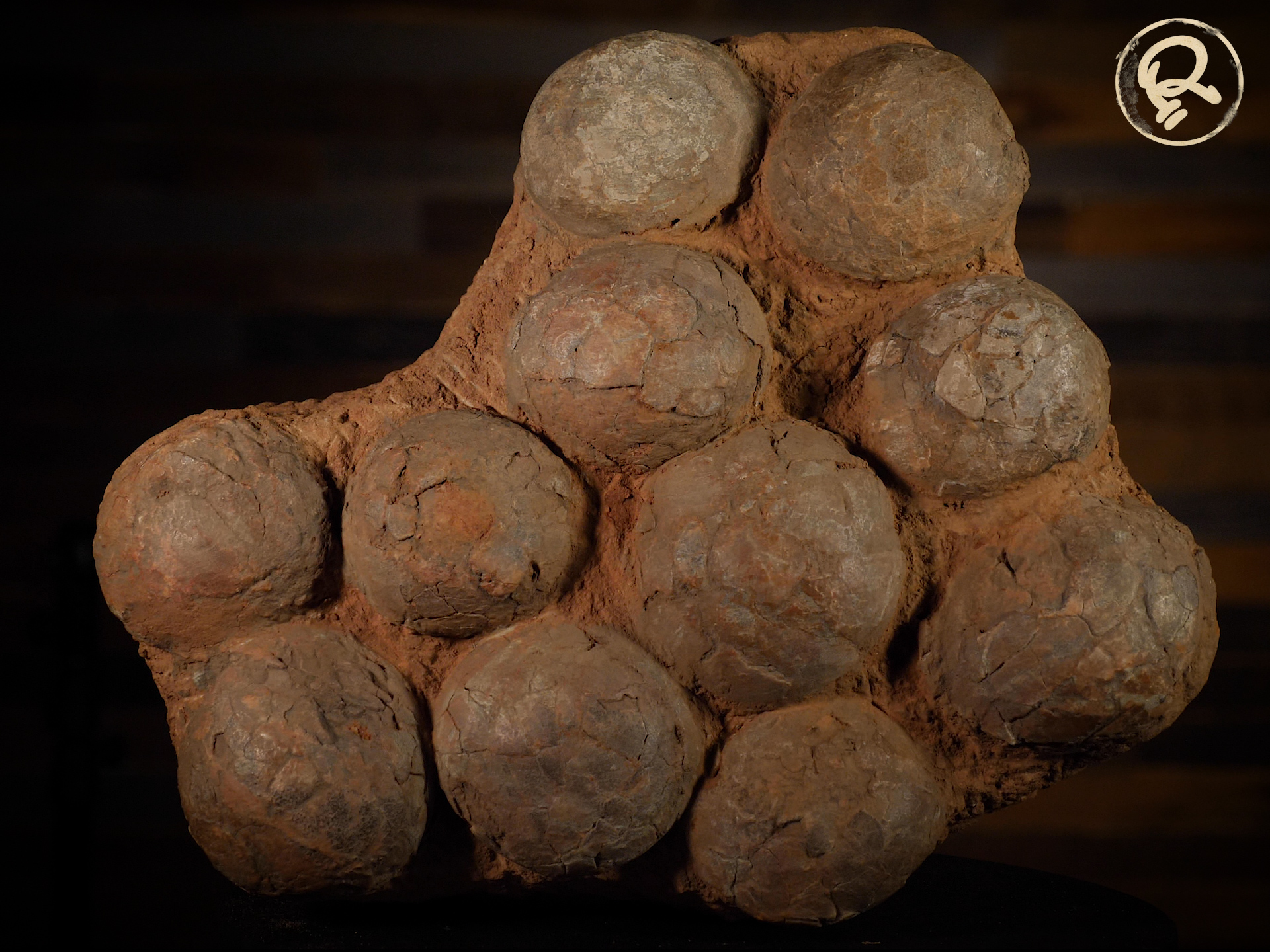 The clutch of eggs shown here is from a 100-million-year-old nest belonging to a therizinosaurus. The therizinosaurus is believed to have towered 25 feet tall, standing upright on two legs. Their arms alone are thought to have reached eight feet, and were tipped with huge three-pronged claws. The claws are actually where therizinosaurus gets its name, as it is Greek for scythe—literally the “Scythe lizard.”

Though many clutches of eggs and many more claws have been found, scientists have never located skull material for the creature. Due to this, we are still unsure what therizinosaurs ate. Despite their fearsome claws, they were most likely herbivores.

Evidence of the species was first discovered during a Soviet fossil expedition in Mongolia in 1948. Recovering a few of their trademark claws, the expedition first thought they belonged to a type of large diving turtle that used the claws to harvest seaweed. It wasn’t until 1970 that paleontologists understood they belonged to a theropod dinosaur.

Next post The Royal Pup-ital Wedding: Meghan Barkle And Harry Prince Of Tails

Previous post Is This Guy The Only Person In The World Who Still Speaks Carny?