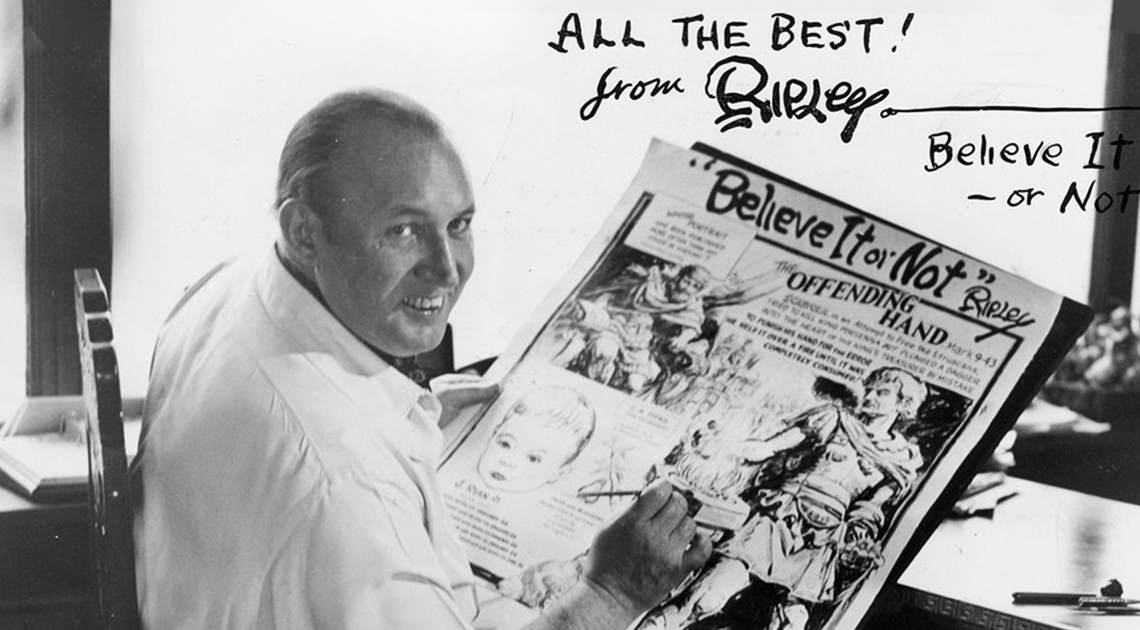 On December 19, 1918—ONE HUNDRED YEARS AGO TODAY—the first “Believe It or Not!” cartoon was published.

On a slow news day, Robert Ripley pondered how to fill the space assigned to him as an illustrator for the New York Globe. He decided to return to an old concept that he’d experimented with back in the winter of 1916. Little did he know, the choice he was about to make would be the start of an amazing adventure that lives on today. 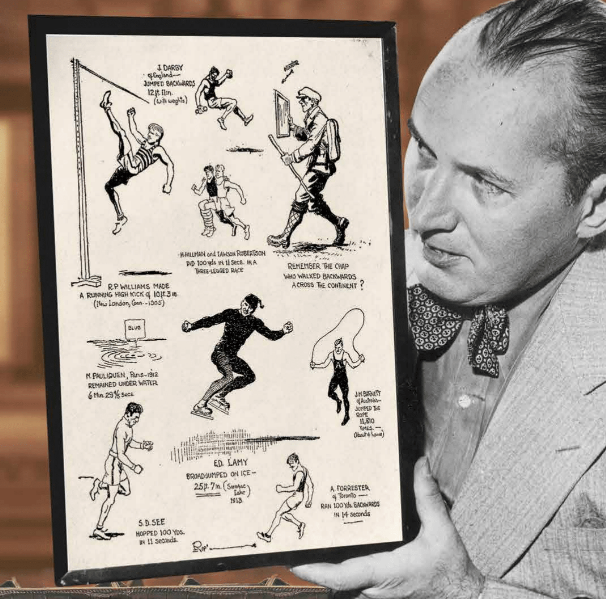 He created a panel featuring nine unbelievable athletic feats culled from Ripley’s personal collection of daring sports and extreme activities, and called it “Champs and Chumps.” The cartoon soon expanded beyond the sports world and was renamed “Believe It or Not!” The second cartoon with similar content didn’t appear until 10 months later—the first with the exact title “Believe It or Not!”

The eventual series launched a household saying, but it has made an impact beyond a simple catchphrase—”Believe It or Not!” changed history.

On November 3, 1929, Ripley made a shameless statement in his first Sunday panel for William Randolph Hearst—“America Has No National Anthem.” 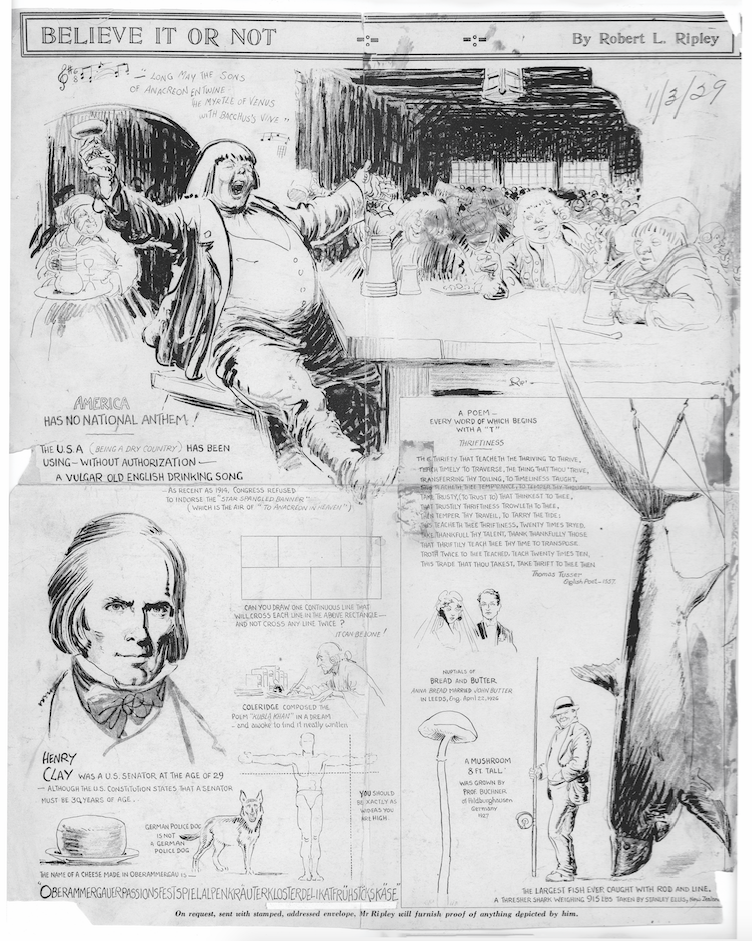 Penned by Robert Ripley in 1918 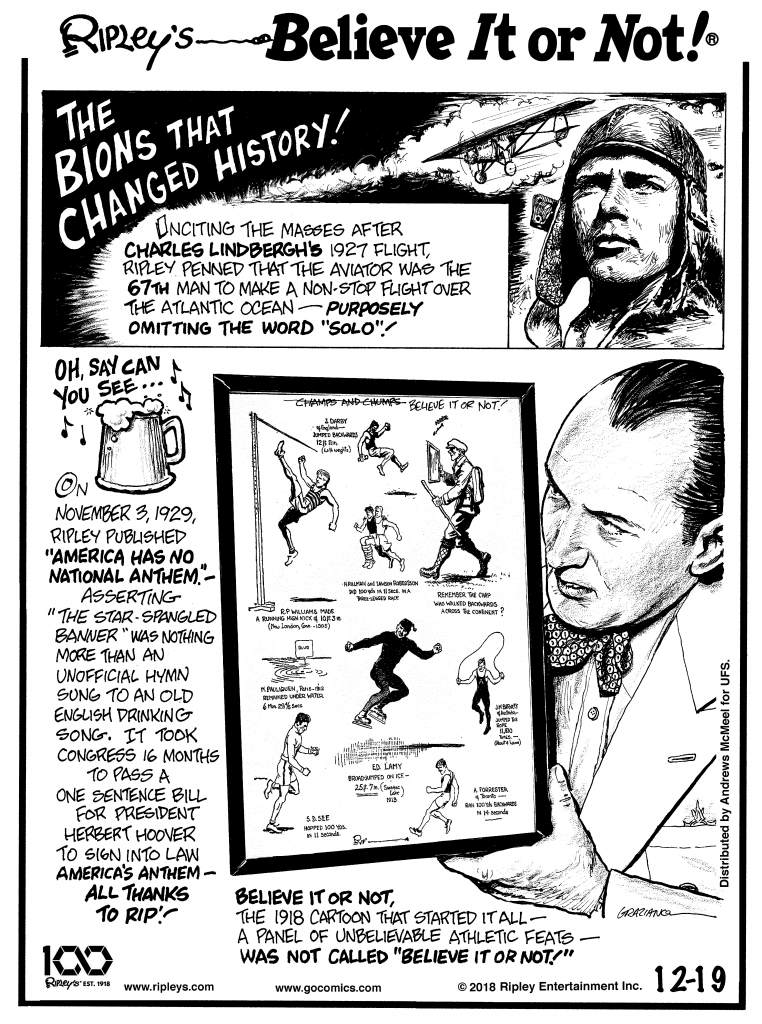 Penned by John Graziano in 2018

In 1929,  Robert Ripley received more mail than any single person in U.S. history—on average 3,000 letters a day for over 20 years! The deluge can be attributed to fan mail, odd submissions and requests for proof, verifying the unbelievable stories depicted in his ‘Believe It or Not!’ cartoons. 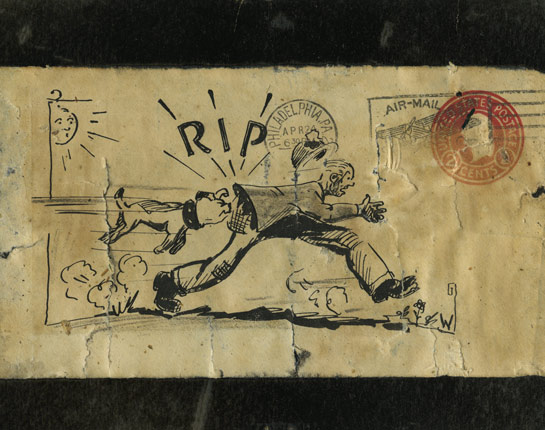 This was some of the strangest mail to pass through the postal system at the time, as the envelopes were as strange as Ripley’s stories! One correspondent taped Ripley’s photograph to an envelope, pasted on a two-cent stamp, and mailed it with no address. Others cleverly coded their parcels for postal workers to decipher! 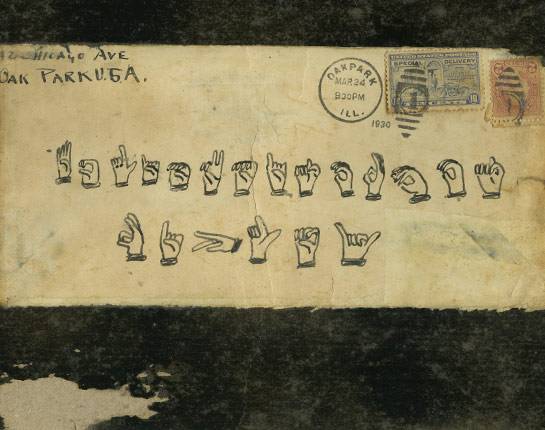 Happy Hundo, Believe It or Not!

If you listen, you are hard pressed to escape the phrase “Believe It or Not!” on a daily basis—now you know where it all began!

Previous post The FBI Had It's Eye On It's A Wonderful Life, Your Favorite Christmas Movie