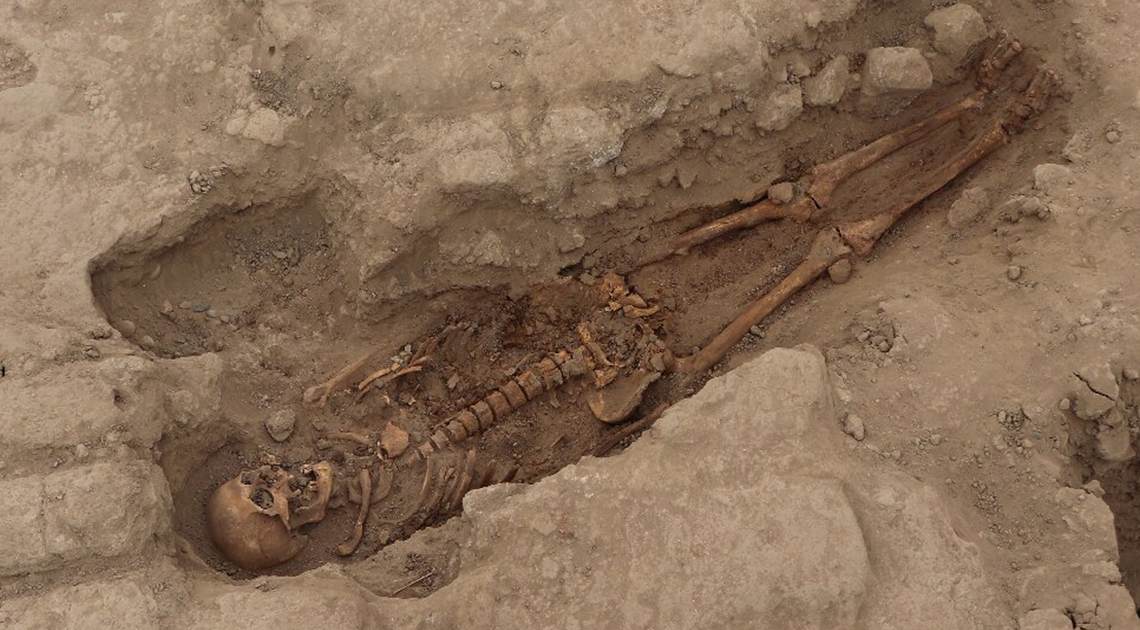 The Wari civilization flourished between A.D. 450 and 1000 in the coastal and highland regions of Peru. Controlling a large swathe of geographically diverse terrain, they exploited these locations to their advantage, engineering an empire via an extensive network of roads that connected powerful provincial capitals. The culture’s influence would endure well past its political height of power, influencing the later Inca civilization.

Archaeologists have long recognized the Wari as a militaristic people. Researchers have also focused on how the Wari employed agriculture and innovative irrigation systems to create economic prosperity and stability. But recent discoveries reveal another aspect of Wari culture, one bathed in the blood of animal and human sacrifices.

Here’s what you need to know about the find that’s rewriting what we know about this ancient Peruvian culture.

Deconstructing a Grisly Past

At Huaca Santa Rosa de Pucalá, located in the Lambayeque region of northwestern Peru’s Andean foothills, a gruesome and unprecedented picture of ancient Wari culture emerges. There, 29 human bodies interred roughly 1,000 years ago or more have been uncovered. Four of the skeletons have telltale indications of ritual sacrifice. They include one teenager and three children.

Besides human remains, the site also contains animal sacrifices, including llamas, alpacas, and guinea pigs. Interspersed are artifacts, including a knife with a half-moon-shaped blade and uncovered pots. Researchers identified the tombs as Wari because of the D-shaped enclosures typical of religious spaces in that culture.

Archaeologists theorize the human sacrifices may have taken place during the consecration process before new construction began. After all, Huaca Santa Rosa de Pucalá contained an essential ceremonial complex with a history of use by diverse cultures. Besides the Wari, these included the Cupisnique and the Mochica, and evidence shows activity at the site dates to the Formative Period (900–200 B.C.). Only the burials of the sacrificed youths come from the Wari period.

What about the rest of the skeletons found at the site? They belong to individuals from the Mochica culture, active in the Lambayeque region between A.D. 100 and 700. The remains identified as Mochica sit in burial chambers in clay tombs within the temple.

Rewriting History One Find at a Time

Besides the presence of human sacrifices, this archaeological site is rewriting history in other ways. For one, the Wari civilization was centered in the Andes of Ayacucho, far removed from Lambayeque. So, their presence at this temple demonstrates the culture had a much further reach than archaeologists previously hypothesized.

According to Edgar Bracamonte Lévano, lead researcher at the excavation, “These discoveries allow us to rethink the history of the Lambayeque region, especially the links to Wari and Mochica occupations in the area.” No doubt, as researchers more closely study these finds and the evidence associated with each artifact, a more complicated picture of the Wari will emerge. One of a sophisticated society with a truly sinister side.