Victorian doctors had a wealth of knowledge about anatomy, but they were still woefully lacking in understanding actual medicine. 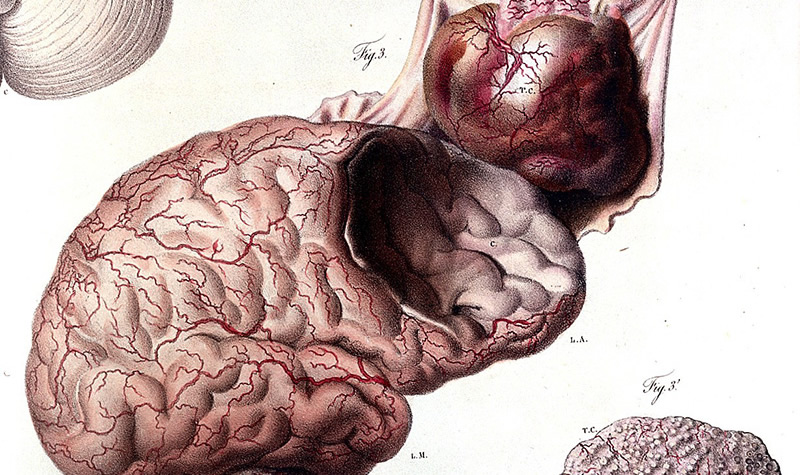 What do you think of when you think of Victorian-era medicine? If you’re anything like me, it’s all about leeches, amputations and surgeries without anesthetic, and weird ideas about how the human body worked.

You are not wrong.

But for all of their quackery, the medical community of the late 1800s had a surprising amount of knowledge about anatomy and the effects of disease on the body.

Even though their information about anatomy may have been accurate, their understanding of physiology was woeful at best. 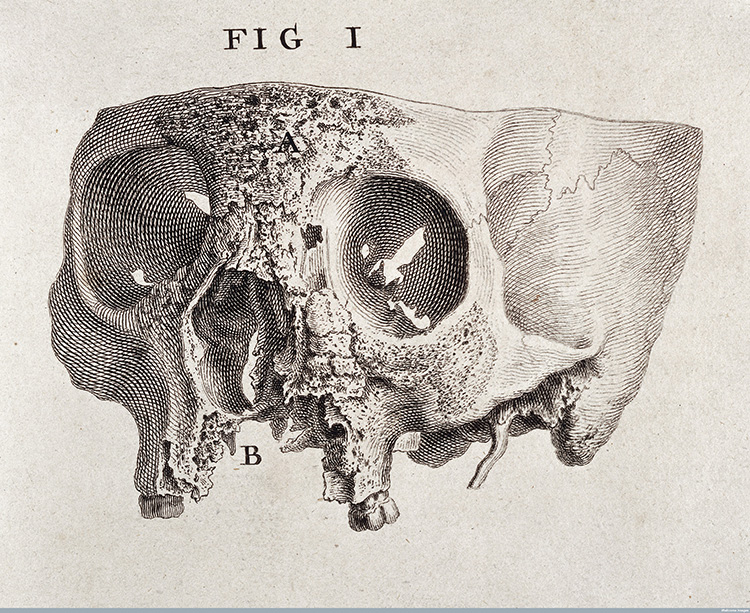 Engraving of the Diseased part of a Skull

In spite of what the name implies, there’s nothing humorous about humorism.

Known both as Humorism or Humoral Theory, this system of medicine originated in, or even before, Ancient Greece and continued for centuries.

The basis of humorism was that the body was made up of four different bodily fluids, and those fluids needed to be in balance for perfect health. These fluids, or humours, were limited to black bile, yellow bile, blood, and phlegm.

Each fluid was associated with a fundamental element of the earth.

Each humour was related to a mood or temperament. Depending on a patient’s symptoms, they would be diagnosed as having too much or too little of one or more of these fluids.

Treatment for increasing the amounts of one of these humours might be a change in diet, but if decreasing the fluid level was prescribed, then that might often be done by blood letting. This is why leeches were such a popular cure for whatever ailed you. 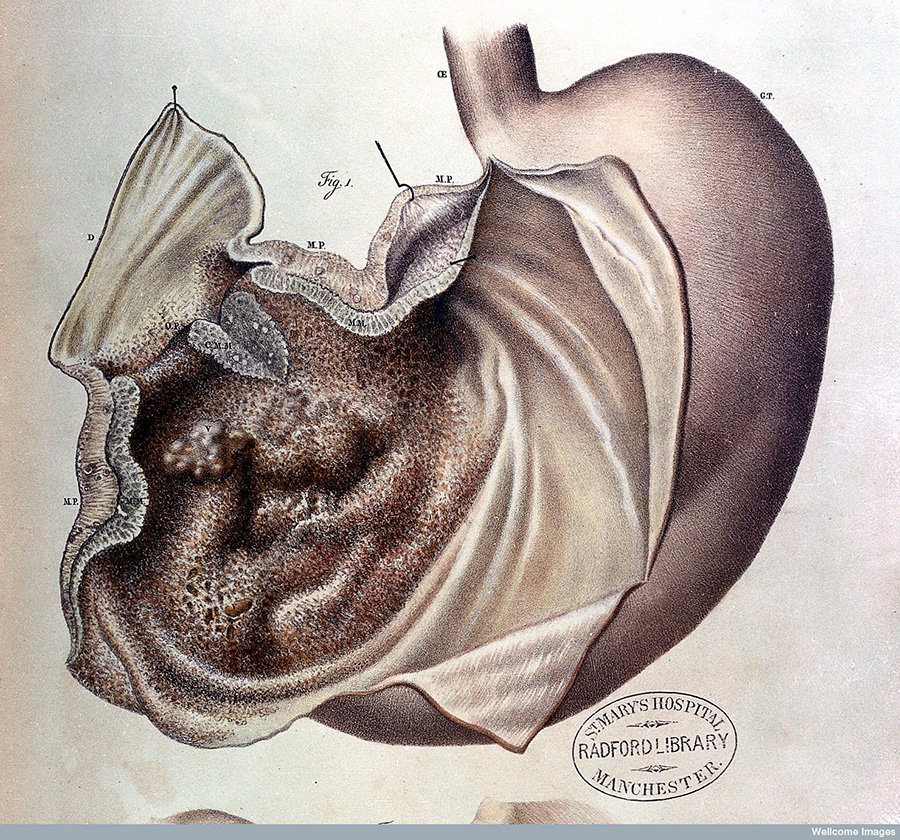 Even though Humorism was the popular medical theory of the time, doctors and medical professionals were constantly practicing their techniques on cadavers. As a result, they had detailed drawings and knowledge of the human body.

The Wellcome Library in England has released images the showcase knowledge of the body and, in particular, diseased organs and body parts. These images show that 19th-century medical professionals may have understood what was going on inside their patients even if they didn’t understand how to fix it.

Be forewarned: these images aren’t for everyone. If you’re at all squeamish, I’d suggest turning away now. 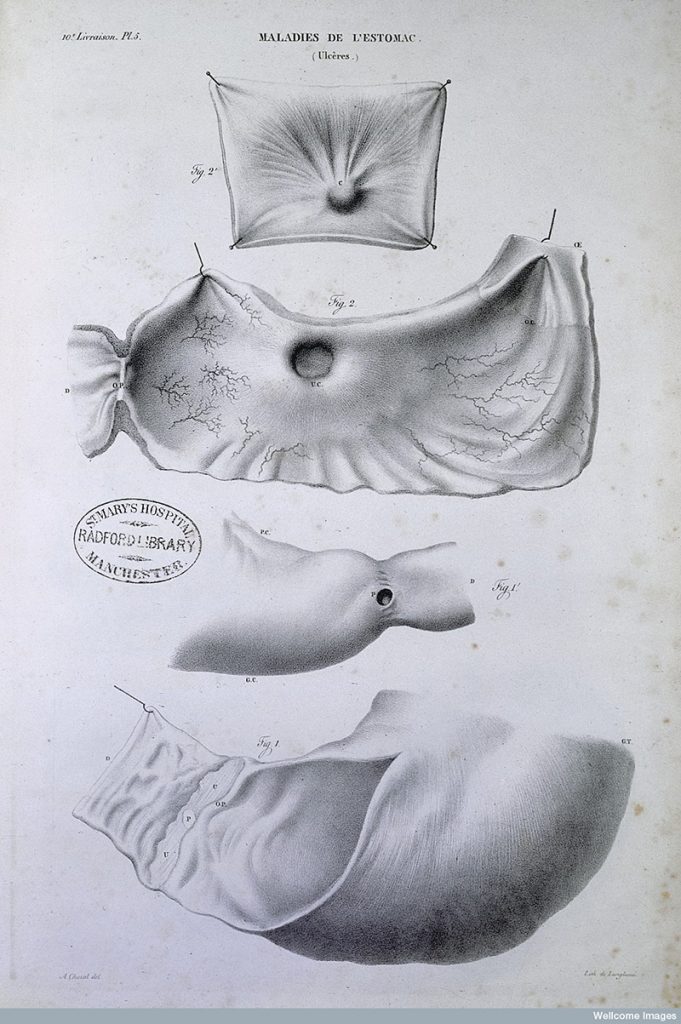 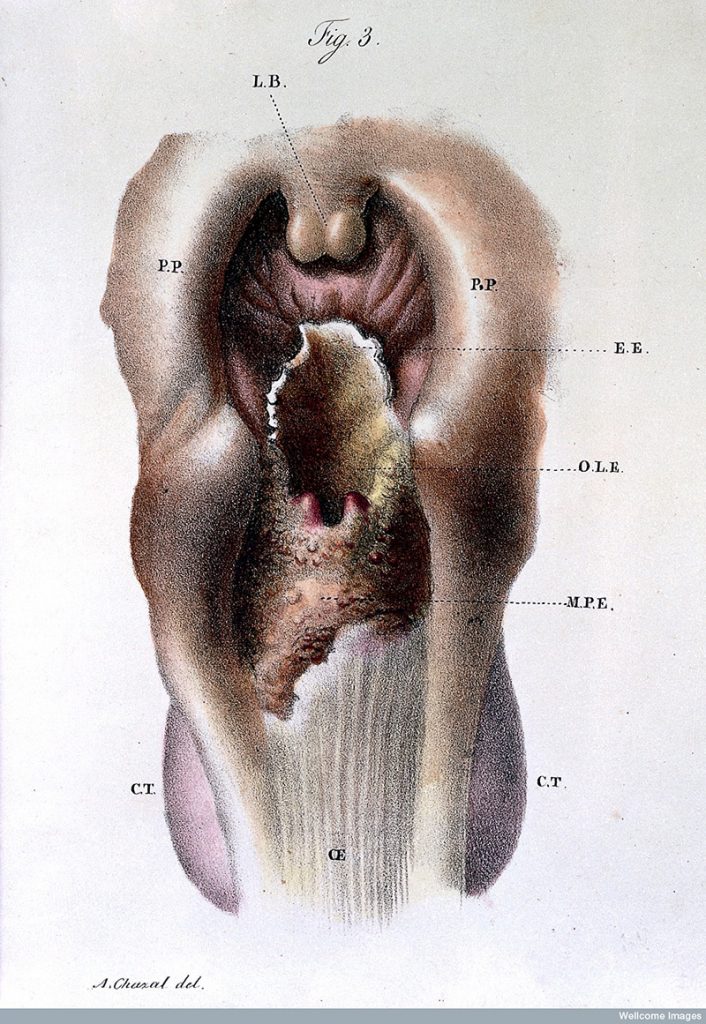 Disease of the Larynx|CC Wellcome Library 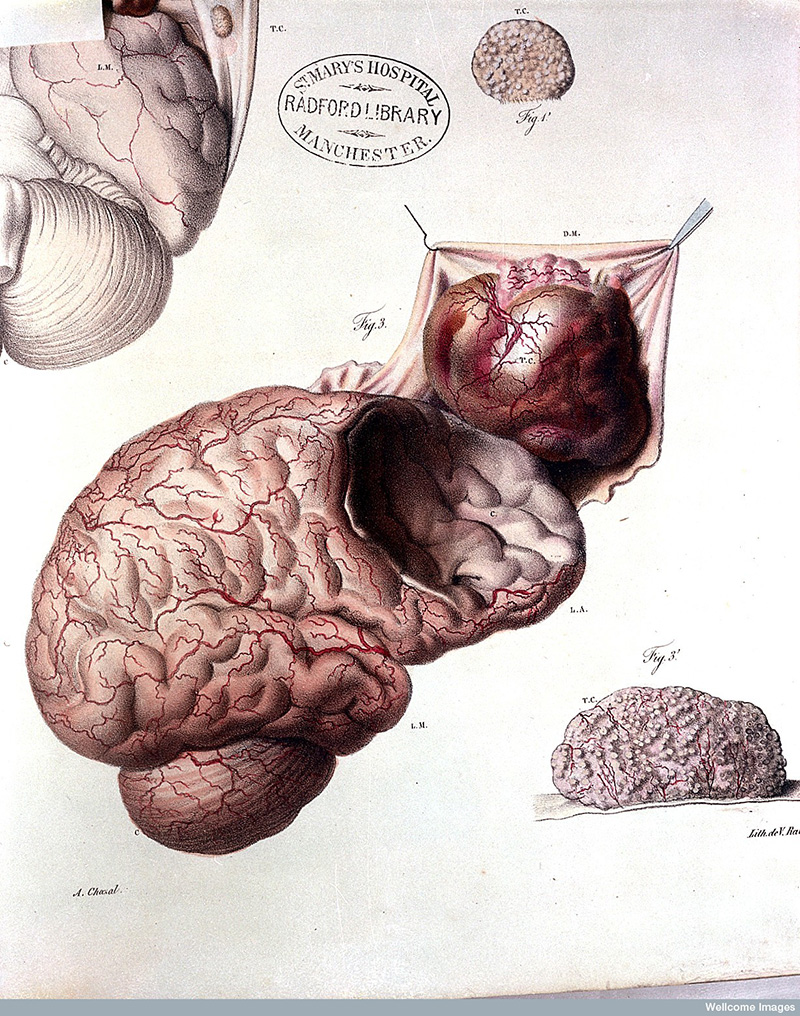 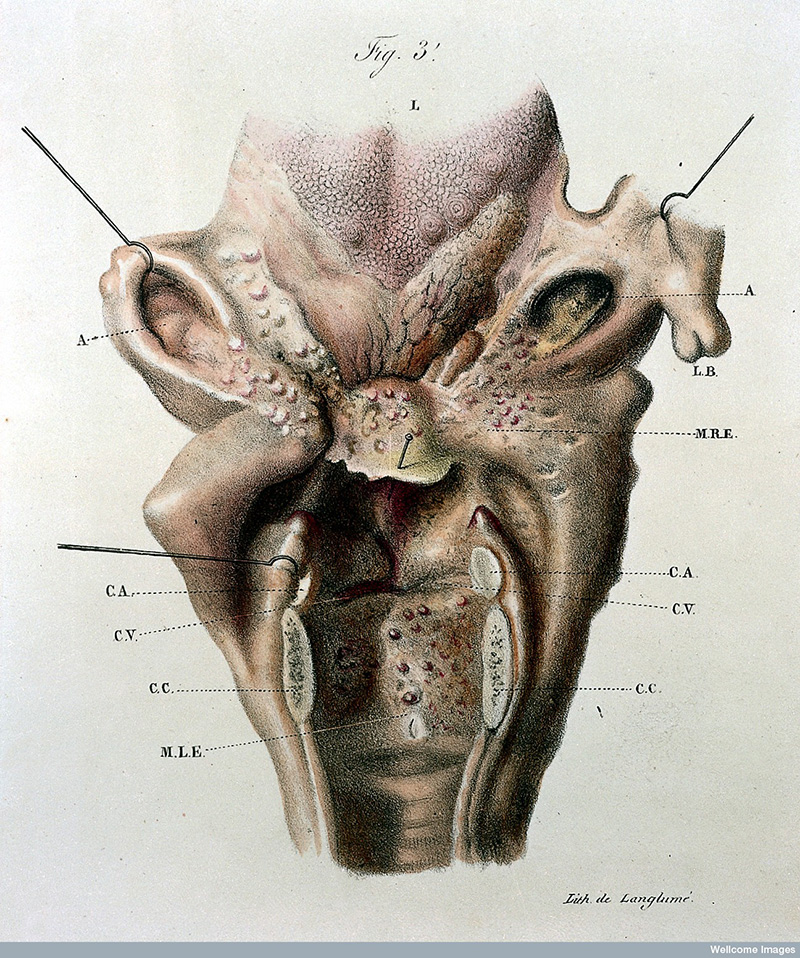 Engraving of the Diseased part of a Skull|CC Wellcome Library