Florida's largest snowbird has officially arrived to kick off the winter season in the Sunshine State. 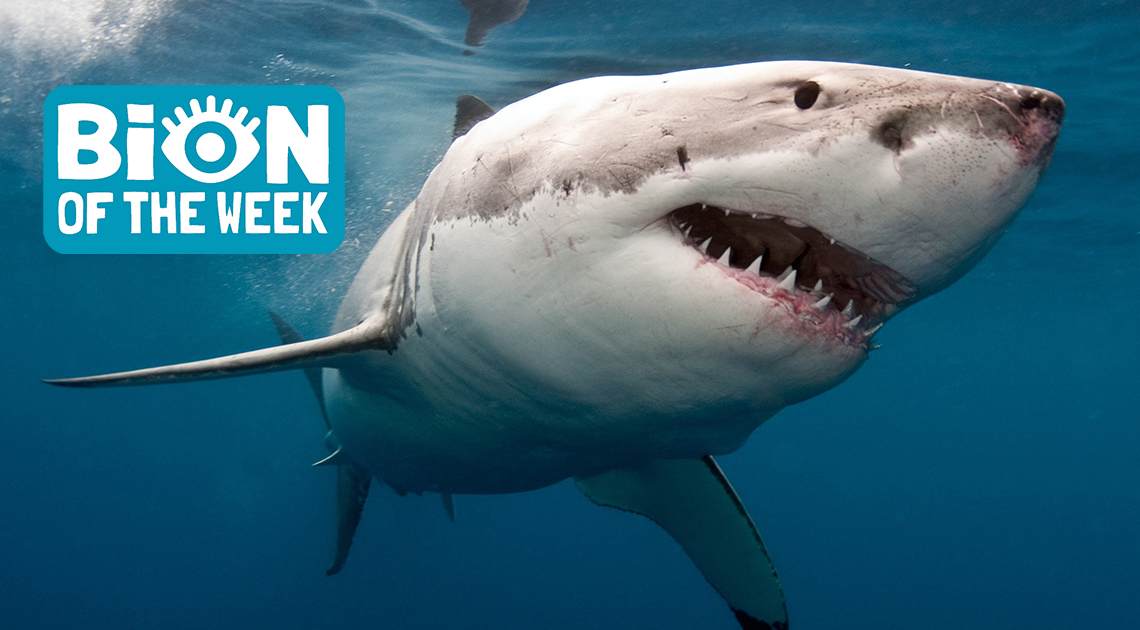 [November 9-November 15, 2020] Robotic wolves, garbage beer, and a hitchhiking cat—all round-up in this week’s weird news from Ripley’s Believe It or Not!

Who’s Afraid of the Robot Wolf?

A Japanese town may have found the answer to the age-old question, “Who’s afraid of the big bad wolf?” The countryside town of Takikawa, located on the northern island of Hokkaido, has been using robotic wolves to keep away bears that have become a public nuisance.

These “Monster Wolves” not only look like wolves, but are also fully equipped with a motion-activated head, glowing eyes, and flashing lights. They even have 60 different sounds used to send the bears packing, including wolf howls.

Bear sightings in western and northern Japan are the highest they’ve been in five years, warranting an emergency government meeting to address the issue. As bears gear up for hibernation, they have been on the hunt for some tasty acorns and nuts, which haven’t been as plentiful in the wild this year. This year has seen dozens of attacks in the region, including two deaths, but the mechanical wolves seem to have done the trick, with the city citing zero bear encounters since their debut!

One Man’s Trash is Another Man’s Boozy Beverage

To decrease waste from bakeries and sandwich shops, British brewer Toast Ale has created a craft beer that leaves no bread behind! They use surplus bread to craft a beer that tastes good while reducing the environmental impact of beer production. Each pint includes approximately one slice of up-cycled bread and replaces a third of the amount of barley typically found in beer.

Toast Ale has expanded its operation beyond the UK, spreading its message of combating waste in seven different countries by collaborating with 56 other breweries on up-cycled brews. According to Toast Ale’s chief operating officer, Louisa Ziane, “the food system is the biggest contributor to climate change and biodiversity loss…so by fixing an inefficacy in the food system, we have a really good opportunity to take action that will mitigate climate change.” We’ll toast to that!

After a week of searching, a Washington state couple has been reunited with their beloved house cat after it took a wrong turn and wound up at a Home Depot 2,500 miles away in Alaska!

Panda, the tuxedo cat, gave his owners, Christina and Josh Clevenger, quite the scare when he wandered away from their home in Thurston County. They immediately took to the streets and began posting online in local lost animal groups, searching for their favorite feline. Sure enough, Panda showed up on a Facebook group 10 days later, revealing his Kenai location.

It appears that during Panda’s great escape, he somehow wandered into a mail truck, which took him on a whirlwind journey to a transit center in Rochester, Washington. Panda then wandered into a shipping container heading to a Home Depot in Alaska where he was discovered by an employee and brought to a veterinarian.

Panda is back at home and recovering from his hitchhiking adventure. 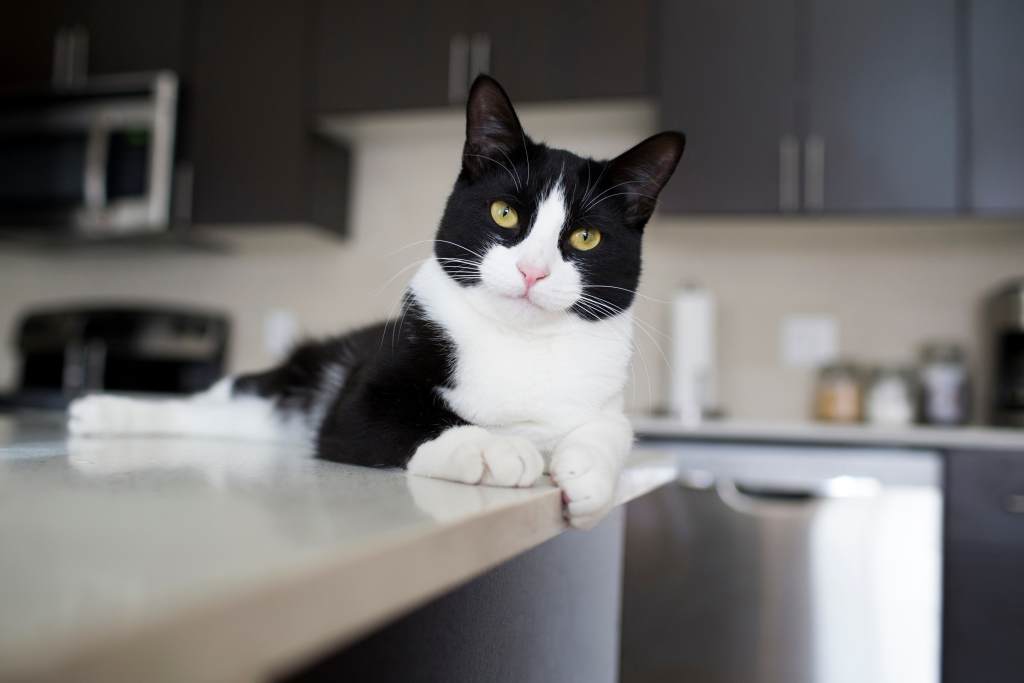 Massachusetts Potholes are Joyful and Tri-bump-ant

Frustrated with the number of potholes in his Massachusetts town, Kevin Martin decided to do some decorating, filling the holes with tiny Christmas trees.

The North Attleborough resident’s final straw began on Saturday evening when he was driving to pick up dinner but ended up hitting a series of potholes that resulted in four flat tires. Having already complained to both town and state governments about the issue, Martin decided to make a statement that would force city officials to take action.

On Sunday, he went to Home Depot to stock up on planting soil and Christmas trees. On Monday, on his way to work, he paved the way for his plan. In response to the stunt, the North Attleborough Police posted on Facebook, writing, “Looks like someone is getting into the Christmas spirit early… guess that is one way to fill potholes?”

Martin can look forward to a smooth holiday season, as his antics worked, and the potholes were filled by Monday afternoon! 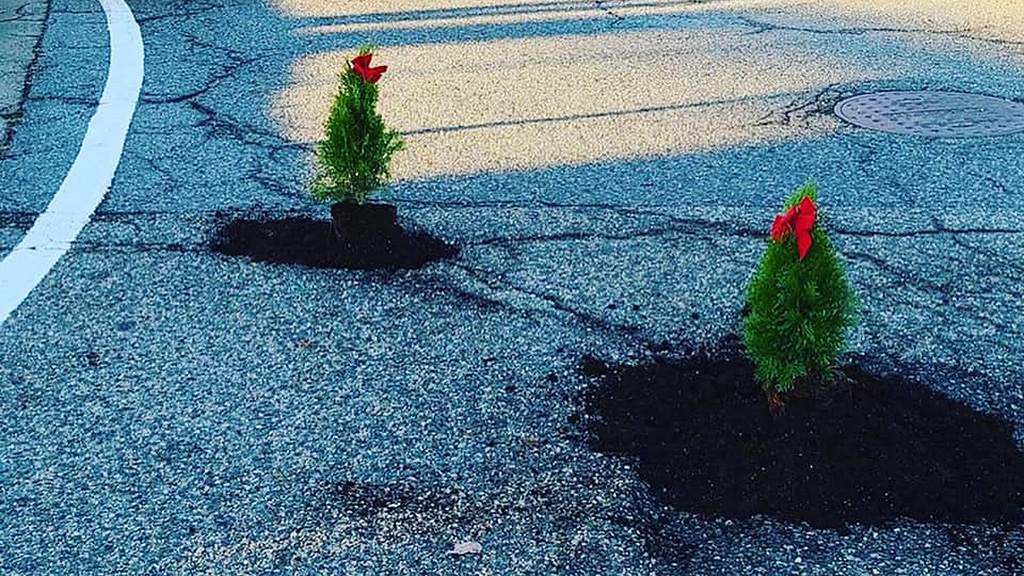 Making her way to the Gulf of Mexico, Unama’ki is accompanied by two other large female white sharks and appears to be pregnant. Since her discovery in September 2019, nonprofit research organization OCEARCH has been tracking Unama’ki’s journey to discover new information about her vulnerable species. According to the OCEARCH website, the shark “has the potential to lead us to the site where she gives birth and exposes a new white shark nursery.”

Until a month ago, Unama’ki was the largest great white to have been found in the northwest Atlantic. The recent discovery of a 3,541-pound female—discovered in Nova Scotia, where Unama’ki is from—knocks her into second place. 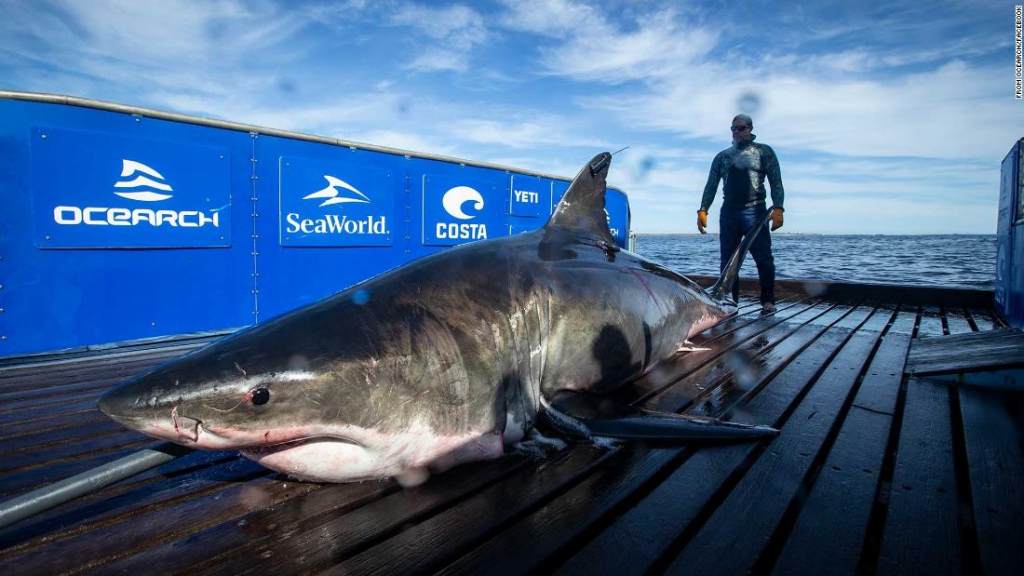 Unama’ki’s Travel Log notes that, as of today, she is swimming off the coast of the Florida Keys.

Next post The Cherry Sisters: Vaudeville’s Most Infamous Act

Previous post What Is The Legacy Of Jeopardy! Host, Alex Trebek?