Replica of the International Space Station Made of 221,000 Matchsticks 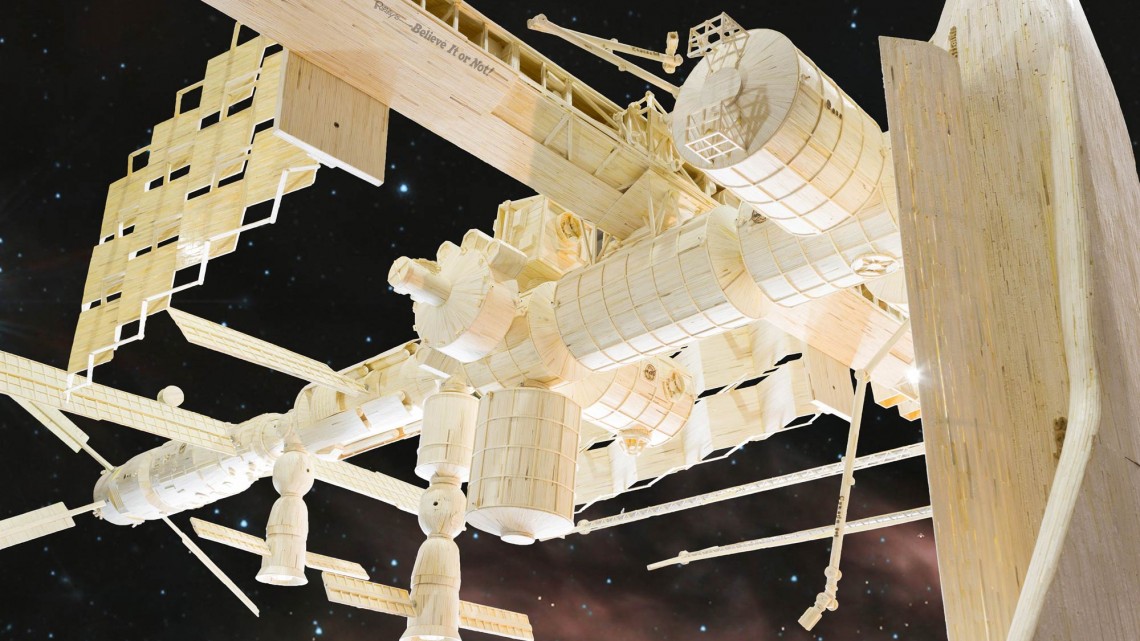 Recently, the Ripley’s warehouse received a new shipment: replicas of the 150 billion dollar International Space Station made using just over 243,000 matchsticks. It took the artist—Patrick Acton—one entire year to build this mind-blowing piece of art and engineering.

Just How Big Is This Matchstick Marvel?

It was delivered disassembled and it had never been completely put together until it arrived at Ripley’s.

It’s bigger than a parking space!

It’s so large the artist didn’t have a room large enough to put it together, so the Space Station was built in parts and assembled upon arrival, just like the real one.

The Complete International Space The Station 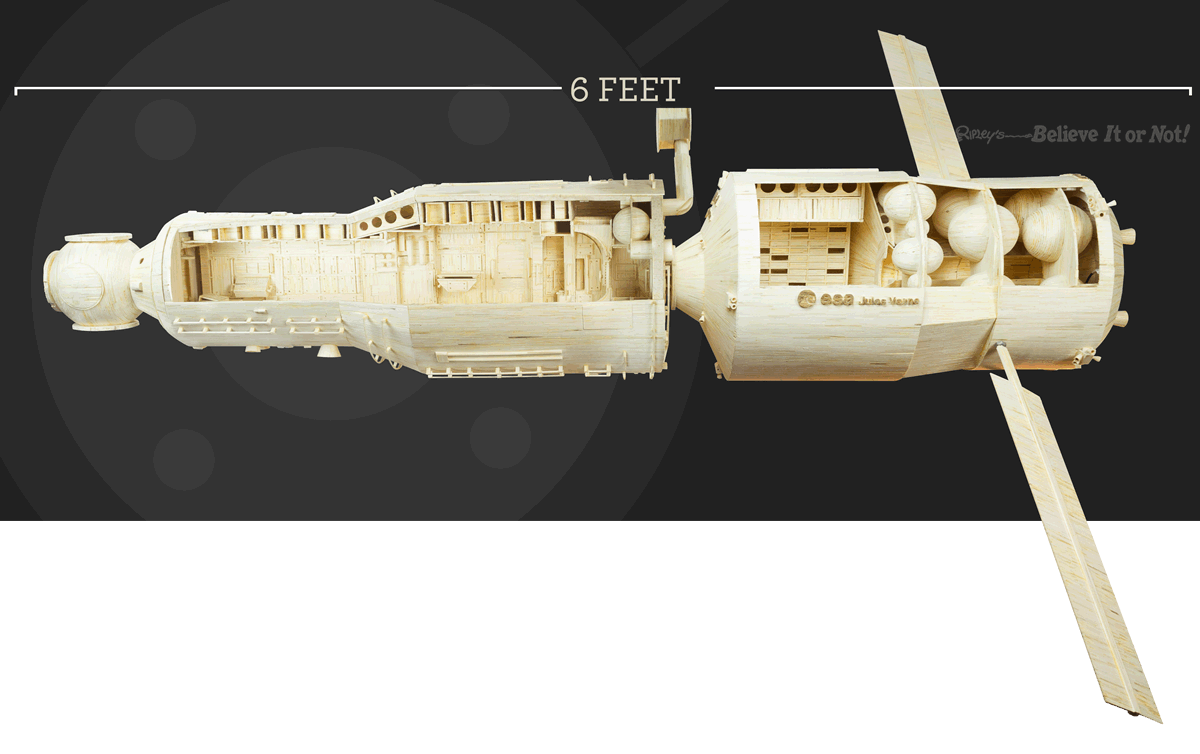 But how do you make something so giant?

The Jules Verne/ATV is completely made of matchsticks and has a cutaway to show the inside. The real life module was created to bring and unload supplied to the International Space Station.

The real ISS doesn’t have to have support against gravity. It would fall apart if it were on Earth.

Ripley’s ISS has a unique architectural feature to overcome this gravity challenge. Our model has a aluminium framework that gives it support. Even with this skeleton, it required an additional 221,000 matchsticks to construct! 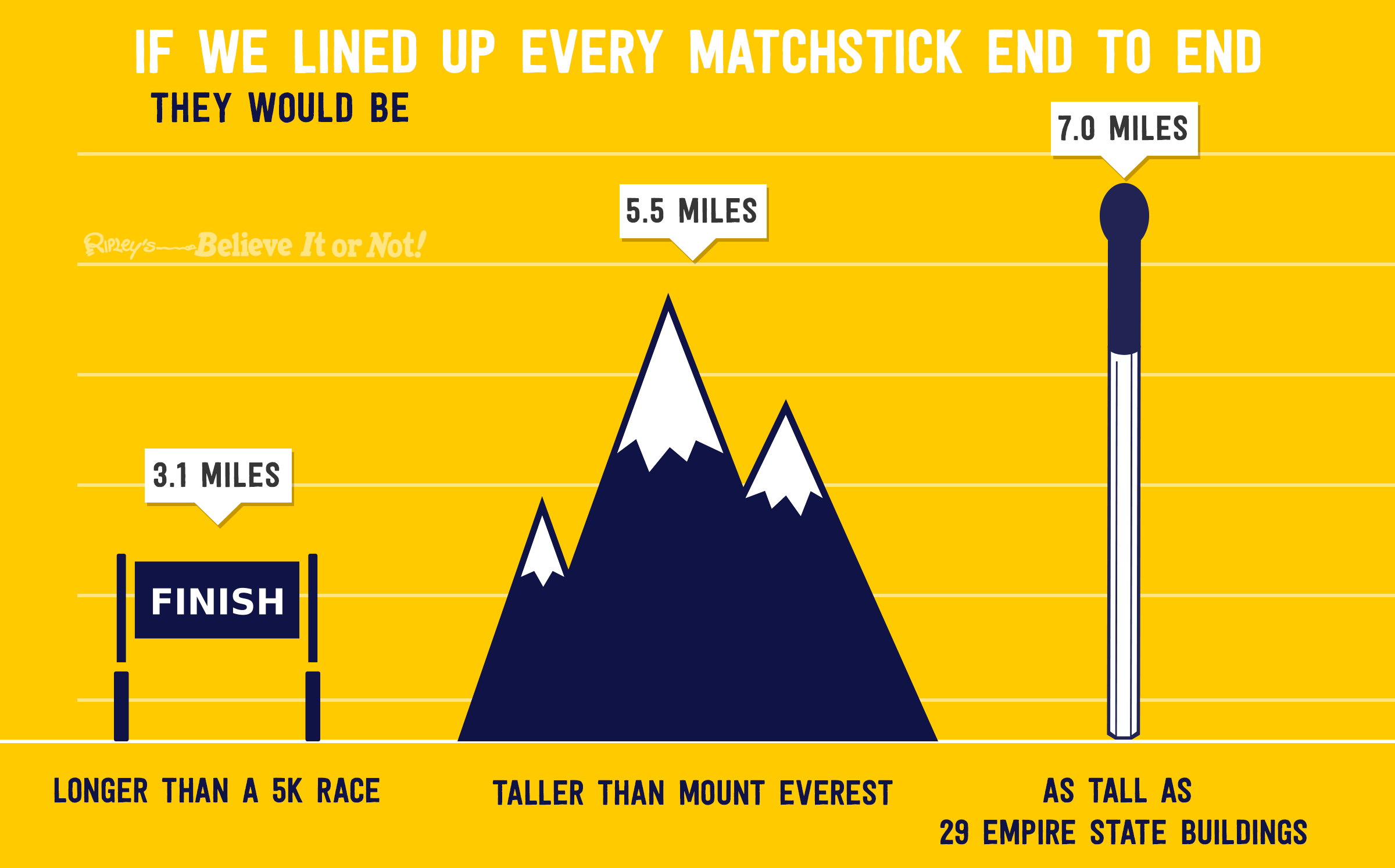 If you were to put all the matchsticks end to end it would be 7 miles long. That’s one-and-a-quarter Mount Everests, more than two 5K runs, or even 29 ½ Empire State Buildings.