Here are three very different stories of amazing animals for your enjoyment! 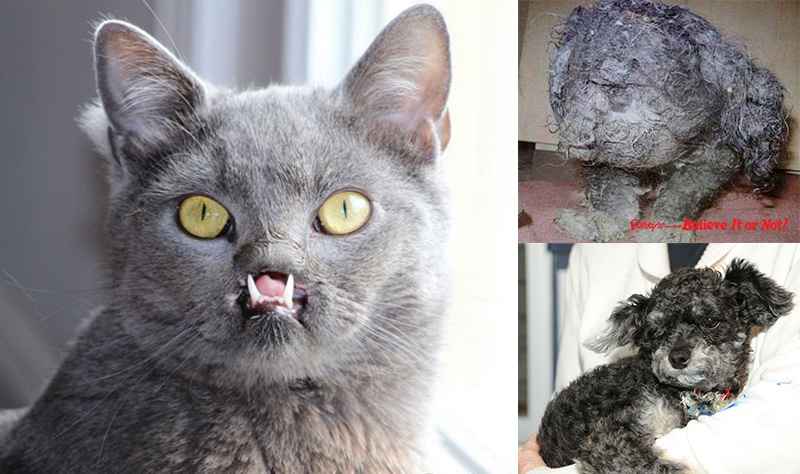 We know weird from shrunken heads to glow-in-the-dark plants, there’s not much left out there to surprise us. And yet, it happens all the time!

Here are three very different stories of amazing animals that when we heard about them, we said, “We’ll just have to see it to believe it!” And we did. We saw each and every one of these amazing animals and can confirm that they–and their incredible stories–are indeed real. 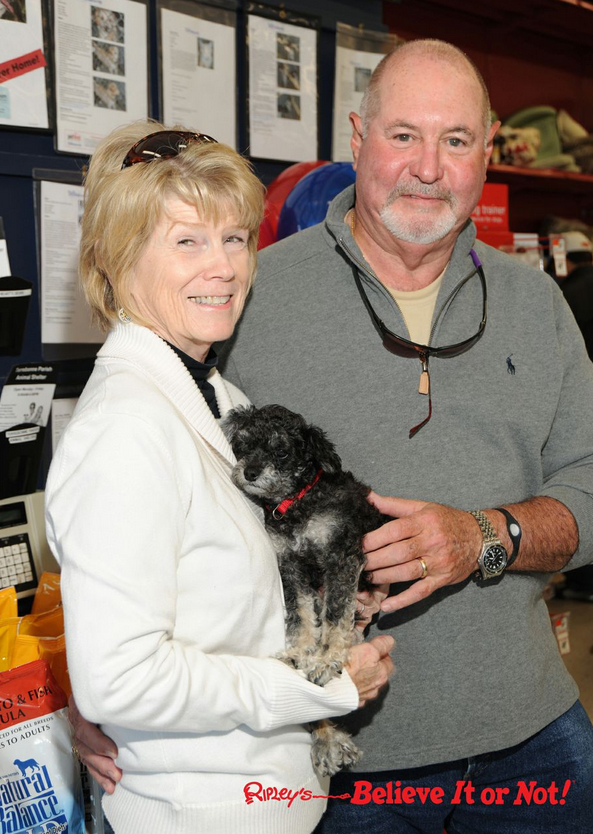 Abandoned and alone, this purebred poodle was in such an unbelievably horrific condition when in Louisiana found him that they named him Ripley after Ripley’s Believe It or Not!

We were surprised and humbled by the attribution…but that’s not the whole story.

Ripley’s full-circle transformation is the most amazing part of this story.

When the animal rescue found him, Ripley was a homeless dog with nothing but a ditch to curl up in.

“You would have never believed there was a dog under there. He didn’t even look like a dog. He looked like elephant man. All you could see was his snout.”
-Shelter co-director Tracy Lapeyrouse on Ripley’s initial condition

Ripley’s fur was so wildly overgrown and twisted that he couldn’t see. What’s more? He couldn’t even get up and walk! 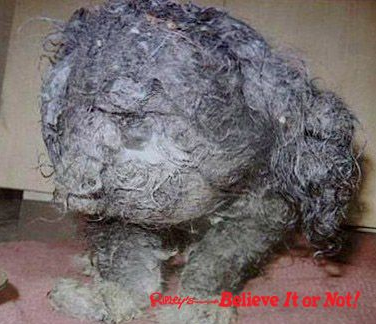 “You would have never believed there was a dog under there”

When we heard about Ripley’s serious predicament, we knew we needed to help.

Ripley’s Believe It or Not! sent the animal rescue a donation to help them and we gave a gift card to Ripley’s new family. We wanted to make sure this unbelievable dog would have an unbelievable life.

At the My Heart’s Desire Animal Rescue, Ripley was freed from a whopping two pounds and eight ounces of matted fur on his little five-pound body.

Ripley was then washed and fed.

Lapeyrouse says this was a rare experience for him:

“He’s physically never felt the sensation of touch. When you touch him you can tell it’s been a very, very long time since he’s been physically touched.”

All of that care and attention lead to this amazing transformation that you just had to see to believe!

Here’s another dog with a very different kind of unbelievable story.

One of the oddest cases of a dog eating something they shouldn’t.

This dog’s story starts with socks—a ridiculous amount of socks. How many socks? 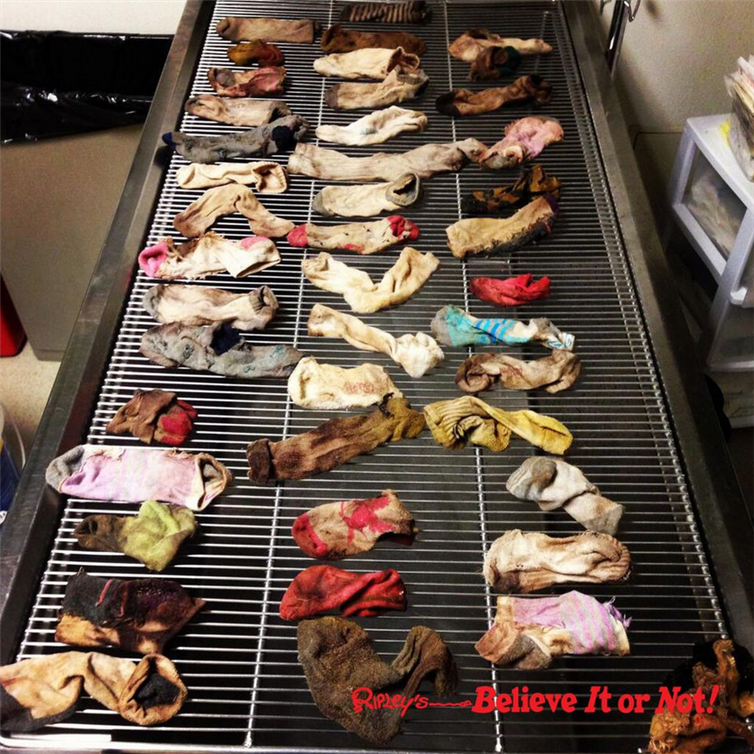 This is what all those socks look like sprawled out.

43 and a half socks to be exact.
It’s a pretty big feat for any dog to eat all those socks. We had a hard time believing they all fit inside him at one time!

But it’s true; we even have the veterinarian’s photo-imaging to confirm it.

Fortunately, this dog was taken into the veterinarian in time. All those socks could have caused catastrophic damage. Instead, this dog was put under, cut open and un-stuffed.

The dog lived. The socks did not.

Lazarus was found as a mere kitten wandering the streets of Johnson City, Tennessee.

The kitten had, by conventional standards, a rather disfigured face. A cleft palate left this kitten looking like a vampire. With no upper lip, with bottom fangs that protrude and a seemingly non-existent nose, this kitten’s fate was uncertain. 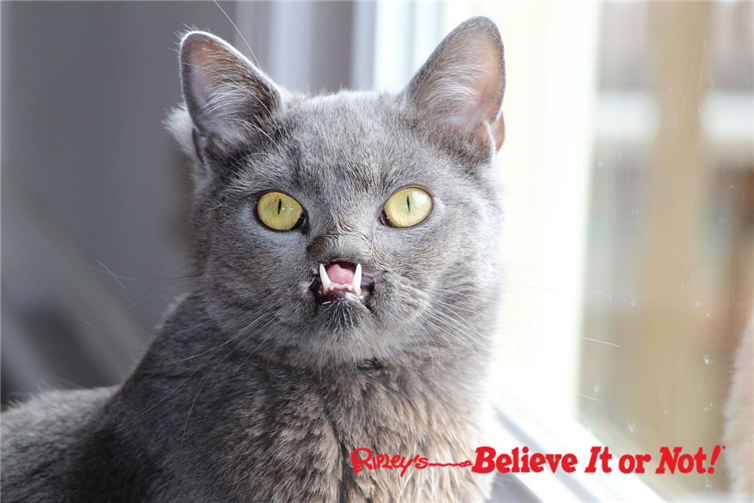 But then, in a fortunate turn of events, the vampire cat was brought in by a woman named Cindy Chambers.

Cindy, also considered disabled by society’s standards, started using the cat as a therapy animal. Together, they help change people’s perceptions about animals and humans with disabilities.