The Greek sacrifice at “The Hot Gates” proved greater than history remembers it. 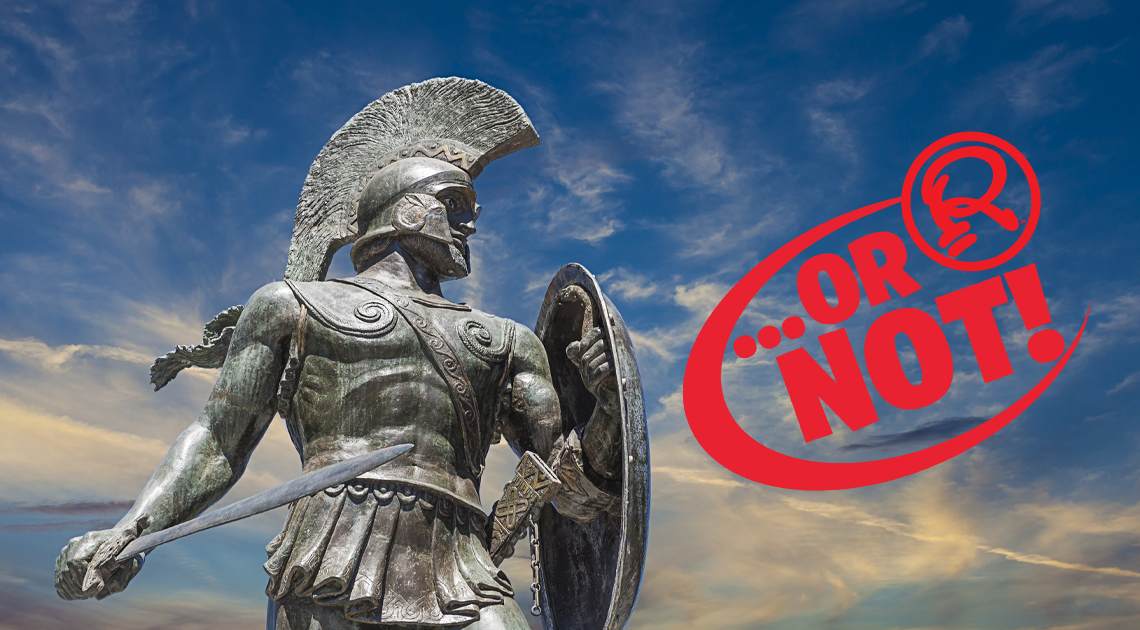 Who can forget the tale of the 300 Spartans who held the pass of Thermopylae for three days against Persian hordes from the east? Movies such as 2006’s 300 continue to bring this landmark moment in ancient Greek history to life. They emphasize themes central to the fight, including freedom against oppression and courage in the face of insurmountable odds.

But did 300 Spartans really make a final stand against King Xerxes’s massive army of millions? Here’s what we now know about the Spartan and Greek sacrifice that occurred that day.

The Persian Invasion of Greece

In 480 B.C., King Xerxes I of Persia had an axe to grind with the Greek city-states. His father King Darius invaded what is modern-day Greece in 492 B.C. This invasion involved two campaigns, resulting in a decisive Athenian (Greek) victory during the Battle of Marathon in 490 B.C.

Darius had hoped to kill two birds with one stone during the invasion. First, he wished to punish the Greeks for their support of the cities of Ionia (in modern-day Turkey) during a revolt against Persian rule. Second, he saw an opportunity to expand his empire westward.

After the final defeat of the Persians at Marathon, however, Darius died before he could lay siege to the Greek Peloponnese and mainland again. After Xerxes succeeded him, the son took up his father’s grudge and was determined to conquer the Greeks once and for all.

Although the residents of the various Greek city-states shared some basic cultural similarities, they also fought and vied for power amongst themselves. These differences led to competitions such as the Olympics as well as outright warfare. Among the most often contrasted city-states were those of Athens and Sparta. 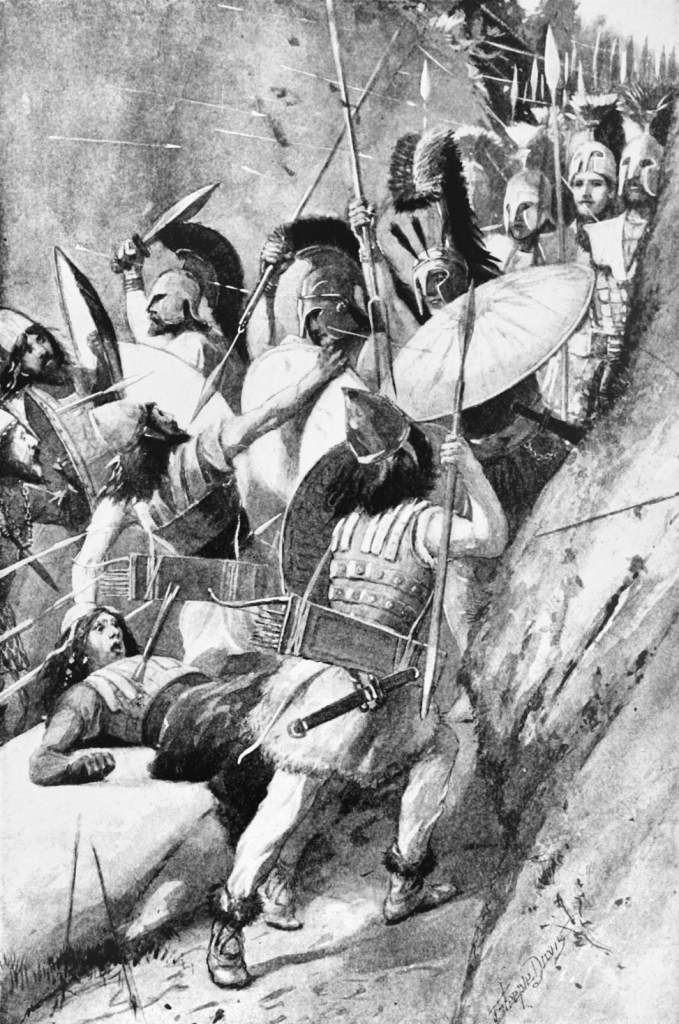 Depiction of the Battle of the Thermopylae, John Steeple Davis (1844–1917)

The Athenians were capable warriors with a distinguished Navy, yet they also fostered a deep appreciation for philosophy, poetry, and art. The Spartans found these pursuits unappealing, embracing a far more single-minded approach to life. The result? One of the most brutal, militaristic cultures in history.

As the Persians advanced on Greece, however, all differences were laid aside in defense of the homeland. As allies, they quickly determined the best place to hold off the advancing Persian army was the land pass of Thermopylae—“The Hot Gates”. Located just 40 miles from the narrow strait between Euboea and the mainland, local geography naturally fortified the spot, making it nearly impenetrable save for a small footpath. This footpath could allow an enemy force to outflank the defenders, but the Greeks wagered that this vulnerability would remain a secret.

The Last Stand at Thermopylae

Because of the size of the force, the Persian advance moved at a leisurely pace. By the time they reached Mount Olympus, months had passed. It was August, an inconvenient time of year for the Spartans to get involved in a fight.

Sparta held both their Carneia and Olympics during this month, and believed forgoing these events would offend the gods. With the advance of a foreign force, offending the gods was the last thing the Spartans wanted to do. A compromise had to be reached.

As a result, the full Spartan army could not advance towards Thermopylae. Instead, their king, Leonidas, took small force of 300 combat-hardened veterans. With this compromise reached, the veterans set out along with 300 Helots, or slaves.

The 300 Spartan hoplites never intended to hold the pass alone. They relied on 700 warriors from Thespiae and 440 from Thebes to fill their ranks. When combined with other Greek forces that met up with them at Thermopylae, Leonidas commanded thousands of troops. 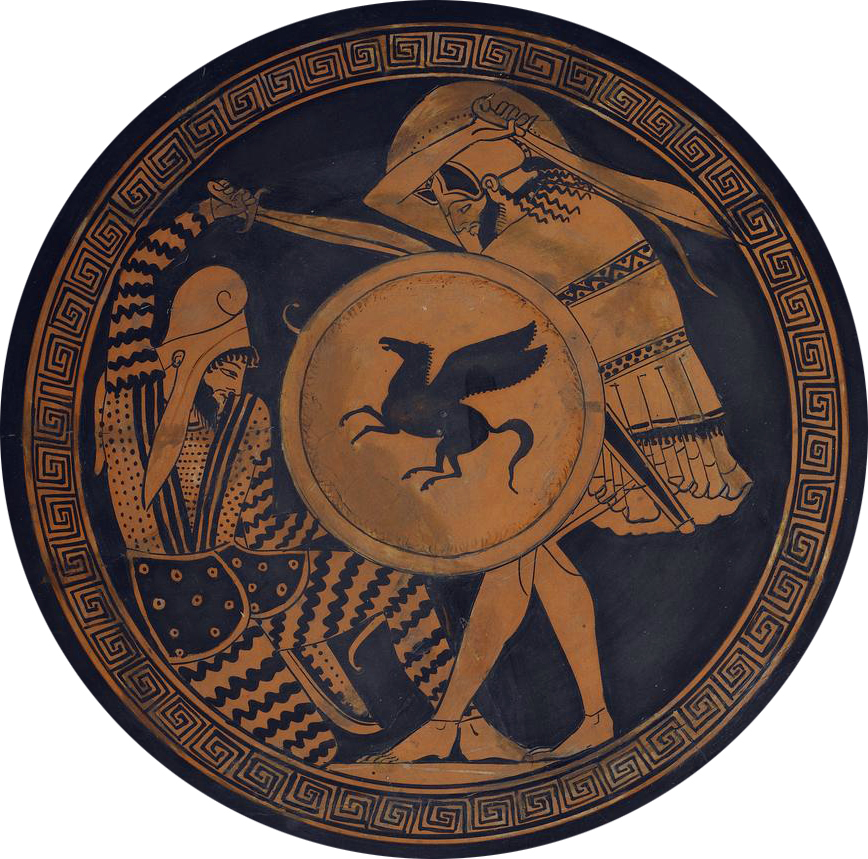 Depiction of a Greek hoplite and a Persian warrior fighting each other.

How many soldiers actually fought and died at Thermopylae? The earliest source material about the last stand of the Spartans comes from Herodotus in the 4th century B.C. He claimed that the Persian forces numbered about two million strong, but historians today suggest Xerxes’s forces were only between 100,000 and 300,000.

As for the Greeks? The combined troops likely numbered between 4,000 and 7,000. On the last day of the battle, however, Leonidas dismissed most of the army after learning that the Persians had discovered the “secret” path. According to legend, Ephialtes betrayed his countrymen to the Persians. Forming a rearguard of about 1,500 men, Leonidas and his troops fought bravely to the death, sacrificing their forces in a stall tactic that would allow the bulk of the retreating Greek army to escape. Even at its lowest estimates, the Persians still outnumbered them nearly 100 to one.

Thermopylae became a rallying cry for Greek forces who later defeated the Persians and sent them eastward once more at the Battles of Salamis and Plataea in 479 B.C.